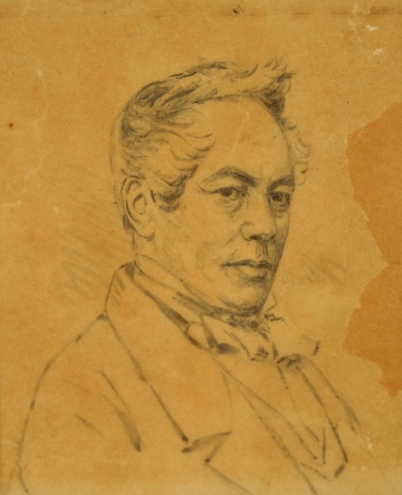 W W Waite was an Abingdon artist of the Regency period. Apart from a period of apprenticeship in London as a very young man he lived and worked all his life in Abingdon, creating famous images of several of the town’s most iconic buildings. His work was exhibited at the Royal Academy, is among the collections of the Victoria and Albert Museum, and hangs in Christ’s Hospital and the County Hall Museum, Abingdon. In 1806, in London, Waite published an engraving taken from his watercolour of the County Hall at Abingdon – the second oldest image known of the County Hall, painted when the building was 125 years old (Fig. 1). 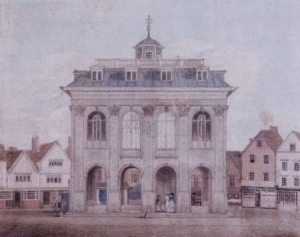 A contemporary of two of England’s greatest artists, John Constable (1776-1837) and J M W Turner (1775-1851 as well as of many lesser-known workers, Waite specialised in portraiture and was principally a miniaturist.  His known original works are primarily watercolours, the remainder being drawings in pencil, ink and chalk.  There are also two silhouettes. The original works that survive include a family portrait collection. Other drawings were transformed into engravings and etchings for sale, such as the New Prison,  Abingdon, now known as the Old Gaol, completed in 1812 (Fig. 2). 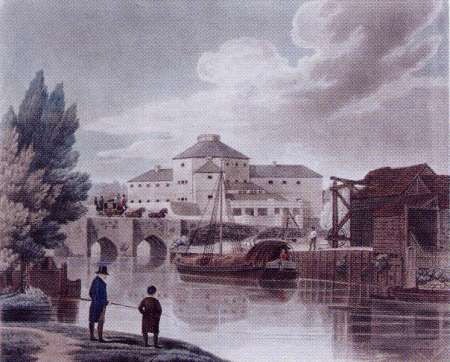 Waite died in 1856, probably at Reading. He gave rise to a dynasty of talented artists.