Archive for: Lawyer and politician

You are here: Home1 / Lawyer and politician
Main content 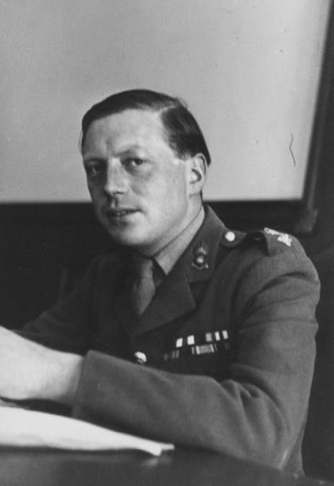 Airey Neave was the last but one MP for the Berkshire county constituency of Abingdon which was abolished in 1983.

Neave was born in 1916 at Knightsbridge, London. His father was a distinguished entomologist. He was educated at Eton, and in 1933 was sent to Germany to perfect his German. It was the time when Hitler was coming to power, and the family with whom Neave was staying took part in Nazi activities. Neave was appalled at what he saw. It was this experience that determined many of his beliefs and actions in adult life. At Oxford, he studied law, but spent much of his time in drinking and general heartiness and gained only a third class degree. He did however join the Territorial Army, and was mobilised before the outbreak of war in 1939.

He had an active war. Captured in the retreat from France in 1940, he was imprisoned at Colditz, and was the first British prisoner to escape from there. Back in England, he was given the task of organising escape networks in occupied Europe to aid prisoners of war and shot-down aircrew. It was estimated that about 4000 men were rescued and returned to England in this way, but at the cost of some 500 of Neave’s volunteer operatives. In 1945, as a German-speaking lawyer, he participated in the preparations for the Nuremberg war-crimes trials, and personally interrogated some of the Nazi leaders.

Neave was elected Conservative MP for the Abingdon constituency in 1953, and held the seat until his death. His ministerial career developed slowly, hampered by a long-standing antipathy between himself and Edward Heath who became leader of the party in 1965 and prime minister in 1970. Neave put his energy into constituency matters and into campaigning to correct instances of maladministration.

These came spectacularly together in 1965, when the South East Gas Board proposed to build a large and unsightly gas holder near the recently closed Abingdon railway station. This would effectively prevent the planned redevelopment of the area. The Gas Board was willing to consider alternatives, but the Abingdon Borough Council would have to pay an impossibly large sum in compensation.

Neave conducted a successful campaign against the proposal. The payment that finally had to be made was much smaller and affordable, and the law was changed so that statutory bodies like the Gas Board would in the future have to comply with planning rules.

In 1975, it was Airey Neave who led the campaign to remove Heath from the leadership of the Conservative Party and replace him with Margaret Thatcher. She appointed him shadow Secretary of State for Northern Ireland in her shadow cabinet. It was the time of ‘the Troubles’, and the position was a delicate and dangerous one. Neave, influenced by his war-time experiences, took a hard-line attitude towards terrorism; he thought terrorists should be jailed and not negotiated with. When a general election was called in March 1979, it seemed likely that Thatcher would win, as in fact she did, and he would become Secretary for Northern Ireland in her government.  This was unacceptable to the Nationalists, and on 30 March he was assassinated by a bomb fixed under his car.

Neave had married in 1942 Diana Josceline Barbara Giffard. They had two sons and a daughter.  After his death, his widow was granted a life peerage, taking the title of Baroness Airey of Abingdon. She died in 1992. Both are buried in the churchyard at Hinton Waldrist.