Archive for: Local magnate and politician

You are here: Home1 / Local magnate and politician
Main content 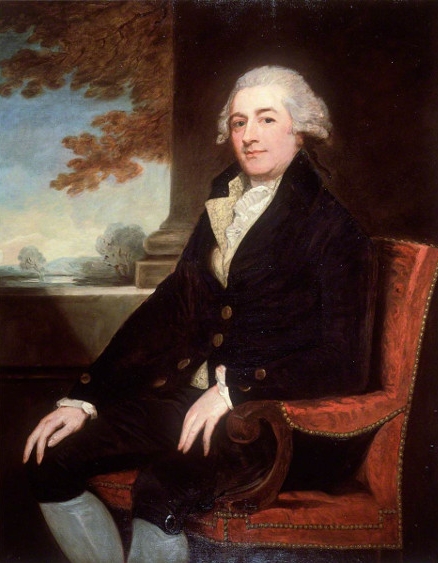 Edward Loveden Loveden was a regional magnate, economically powerful and politically influential throughout north Berkshire and especially in Abingdon.

He was born as Edward Loveden Townsend into a wealthy family in Cirencester and educated at Winchester and Trinity College, Oxford. Loveden was his mother’s family name. His father died while he was still a minor, and in 1772 he inherited the Buscot Park estate from his maternal relatives. The terms of the will obliged him to adopt Loveden as a surname.

He was now a very wealthy young man, and In 1773 he married Margaret Pryse, heiress to a 30,000 acre estate near Aberystwith and became even richer. He built the present Buscot Park mansion on its hilltop site overlooking the Thames. Completed in 1782, it was said to be one of the finest houses in Berkshire.

Loveden became prominent in a number of fields. Maintaining his intellectual interests, he gained a Doctor of Laws degree, and had a fine library at Buscot Park; he was a member of the Royal Society and of the Society of Antiquaries. As a patron of charity, he was a governor of the Bethlem hospital for lunatics in London. As a businessman, he was deeply engaged in the development of the local canal network. In the 1780s he was one of the proprietors of the Thames and Severn Canal which linked Bristol with Lechlade, and he tried to promote a further stretch from Lechlade to Abingdon as a shorter route to London. When this failed, he built a lock and wharves at Buscot which would later provide a good proportion of his income. In local affairs, he was High Sheriff of the county in 1780 and 1781 and a lieutenant-colonel in the Berkshire militia – a sort of Home Guard to counter the danger of a French invasion – in the 1790s. It went with his status that when in 1795 a regiment stationed in the county behaved badly, it was he who protested to the Duke of Cumberland, head of the army, on behalf of the north of Berkshire. His opposite number and rival, Charles Dundas of Kintbury, did the same for the south.

He became MP for Abingdon in 1783, claiming to be of no party but generally supporting the younger Pitt. Surviving letters show him to have been on friendly terms with many leading Abingdon townsmen, including the influential Baptists of the Tomkins family. His agent and friend was the town clerk, Samuel Sellwood. He gave up the Abingdon seat in 1796, preferring to stand for one of the two county seats. But in this he failed because of the hostility of Charles Dundas who held the other. He re-entered Parliament in 1802 sitting for Shaftesbury, but continued to be actively engaged, largely through Sellwood, with politics in Abingdon. He supported George Knapp through his several attempts to win the Abingdon seat, which he finally did in 1807.

But sadly for Loveden’s reputation, what fame he achieved in his lifetime was through a well-publicised scandal. His first wife, Margaret Pryse, died in 1784. The second was a wealthy widow, Elizabeth Nash, who died in 1788. In 1794 he foolishly married Anne Lintall who was less than half his age. Ten years later, childless and bored, she began a passionate relationship with a young academic friend of her husband, Tom Barker. The lovers were indiscreet, the domestic staff at Buscot scandalised, and Loveden initiated proceedings for divorce.

At this time, divorce could only be granted by Parliament after a sequence of findings in the civil and ecclesiastical courts. It was a complex and expensive process. Eventually, the House of Lords did grant the divorce, but it was then the Commons who had to decide the financial settlement. Loveden was to pay his ex-wife £400 per year. He refused, and persuaded the Lords to rescind their verdict. The affair raised considerable interest, not exclusively for its legal complications, and the intimate evidence given to the courts was widely published.

Loveden and his first wife had two surviving daughters and one son. The daughters were both sickly. Margaret married Samuel Wilson Warneford much against her father’s wishes. She died insane just three years later, and the money she had brought her husband went towards building the Warneford Hospital in Oxford. Jane Elizabeth was a cripple who remained at Buscot Park. The son, Pryse, took his mother’s surname and inherited her estate in Wales; as Pryse Loveden Pryse, he had a long career as MP for Cardigan Boroughs.