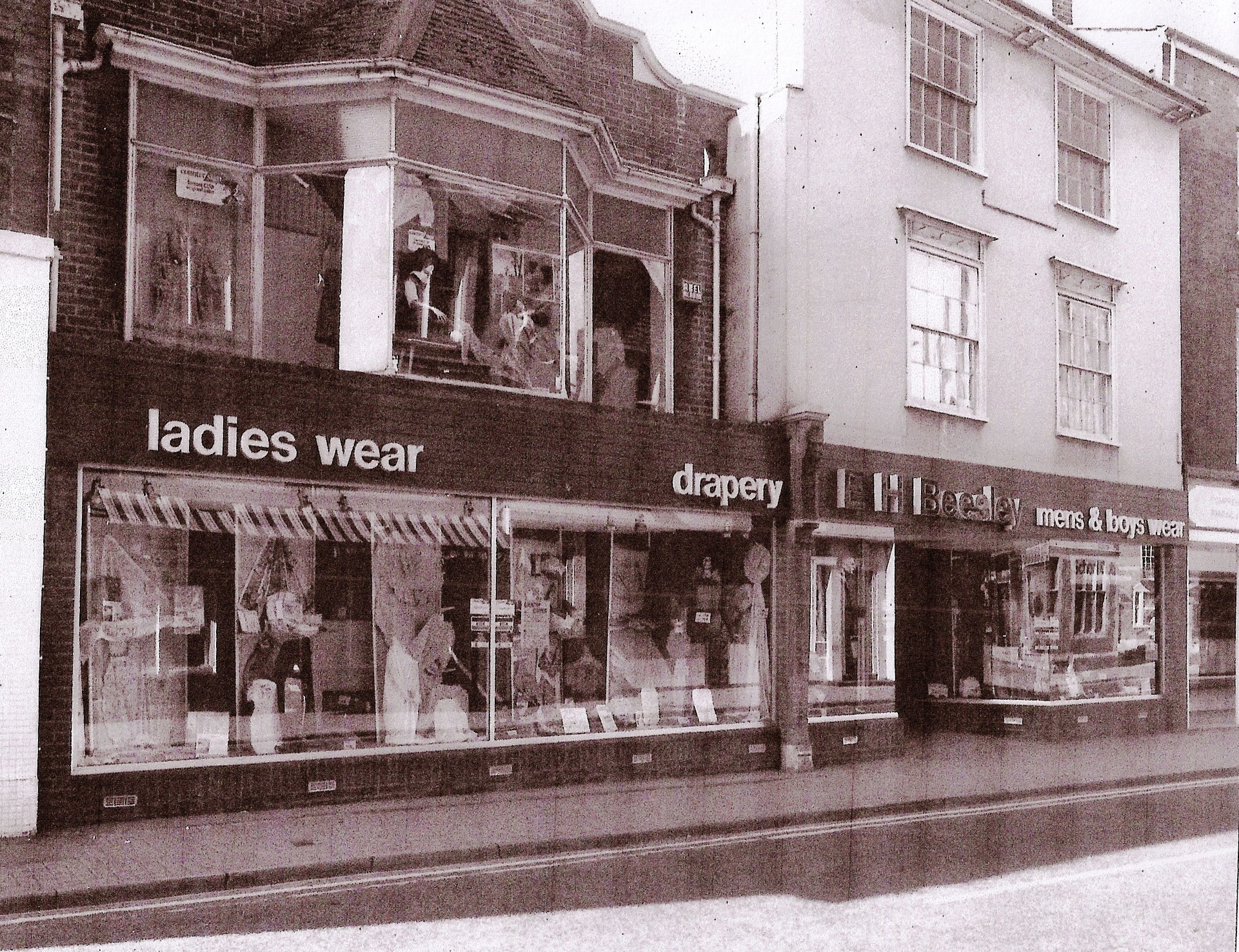 From 1883 until 2001 the clothing business of Beesley’s was a respected family firm serving Abingdon and the surrounding villages. Even in 1883, it was already an old-established concern, trading as a mercer’s from the same premises.

Its recent history starts with William Beesley (about 1831-1883) and his wife Susan (d.1895). They are first recorded in Abingdon in 1850. Then or soon after, William began working for the Harris family, mercers, at 24 High Street.

In 1883 William was left the business in the will of Hannah Harris (widow), the last of that family. William lived for only a few weeks after inheriting the business, dying at the age of fifty-two, but his widow and their eldest son Ernest Herbert (d.1949) carried on the business.

In 1908 Oswald Barrett (about 1894-1983), a builder’s son from West Hanney, joined Ernest Beesley as an errand boy and junior sales assistant. After service in the First World War he rejoined Mr Beesley and soon became a partner in the firm of E H Beesley, Tailors and Outfitters, sealing the partnership by marrying Mr Beesley’s eldest daughter, Gladys (1899-1978), in 1926.

In the early 1920s the partnership bought the boot and shoe shop of J N Paul Ltd. It was situated on the corner of Winsmore Lane where Lloyds TSB Bank now stands. It moved firstly to 16 High Street and then to 26 High Street next to the main business, into which it was incorporated in 1971.  A number of allied acquisitions between the wars proved less successful and were disposed of by 1948.

Both Phyllis and Madge died in the 1960s. In 1968 Oswald suffered a heart attack and he and his wife retired from active participation in the firm, leaving David and Mollie to continue. The main business at 22-24 High Street dealt with menswear, ladies wear, school wear, drapery, and fabrics, while J. N. Paul Ltd at No 26 concentrated on footwear.

Gladys died in 1978 and Oswald in 1983, and in 1984 the main business was sold to Hodges Ltd, a large clothing company based in Swansea. It continued to trade from 24 High Street as Hodges and later as Dunn’s, but went into liquidation in 1996. David and Mollie Barrett continued at 26 High Street operating the school wear side of the old business, which Hodges had not acquired. This closed late in 1998. The Beesley company was finally liquidated in 2001 after over a hundred years in the hands of one family.