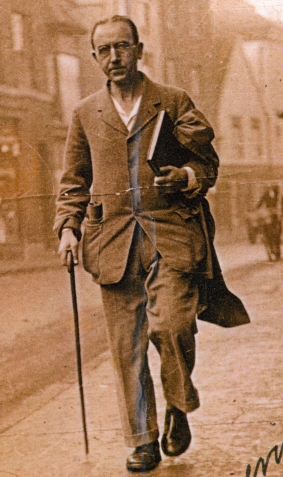 Oswald Jennings Couldrey is Abingdon’s best-known twentieth-century artist. He was born into a local family of seed merchants and agricultural suppliers which for several generations had included musicians, scholars and teachers, especially at Abingdon School, then Roysse’s School. Oswald went up to Pembroke College, Oxford as an Abingdon Scholar, then gained a teaching qualification and entry to the Education Service of the Indian Civil Service, living and working in India from 1909-1919, for eight years as Principal of the Rajamundry College of Art in Andra Pradesh.

Couldrey responded passionately to the landscapes, art and music of India, became a Guru to his students and is acknowledged as a significant influence on the renaissance of Indian art in Andra Pradesh in the early twentieth century. Tragically he lost his hearing and was obliged to retire and return to England at thirty-six. 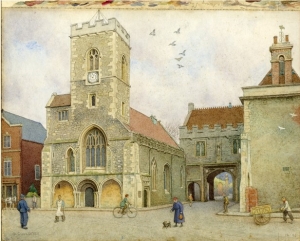 Couldrey considered himself a poet and a writer rather than an artist. His poetry, short stories and a major work, South Indian Hours, published over fifty years, are autobiographical and recount his frustrations. His immense vocabulary and extreme erudition make these less accessible than the pictures into which he channeled his energies from the 1930s, creating some of Abingdon’s most iconic images.