The house at 12 Ock Street Is a timber-framed building that has been dated to the late fifteenth century, although it has been altered and extended several times since it was first built.

The early building had twin gables along the street frontage. The higher transverse roof was probably added in the second half of the eighteenth century to increase the height and size of the attics.  The early building also had a jetty but the ground floor was later extended underneath it. The present shop front probably dates from the nineteenth century.

A number of early occupiers and their trades are known. They include a shoemaker in the time of Queen Elizabeth I and a ‘Trumpetter’ of the City of Oxford in the time of Charles II. Later occupiers include Victorian shoemakers and plumbers.

By the late nineteenth century the building was being used as a confectioner’s shop, and it then became Bonner’s Refreshment Rooms.

During the twentieth century 12 Ock Street was occupied by a number of different businesses before becoming a cafe or restaurant again early this century. 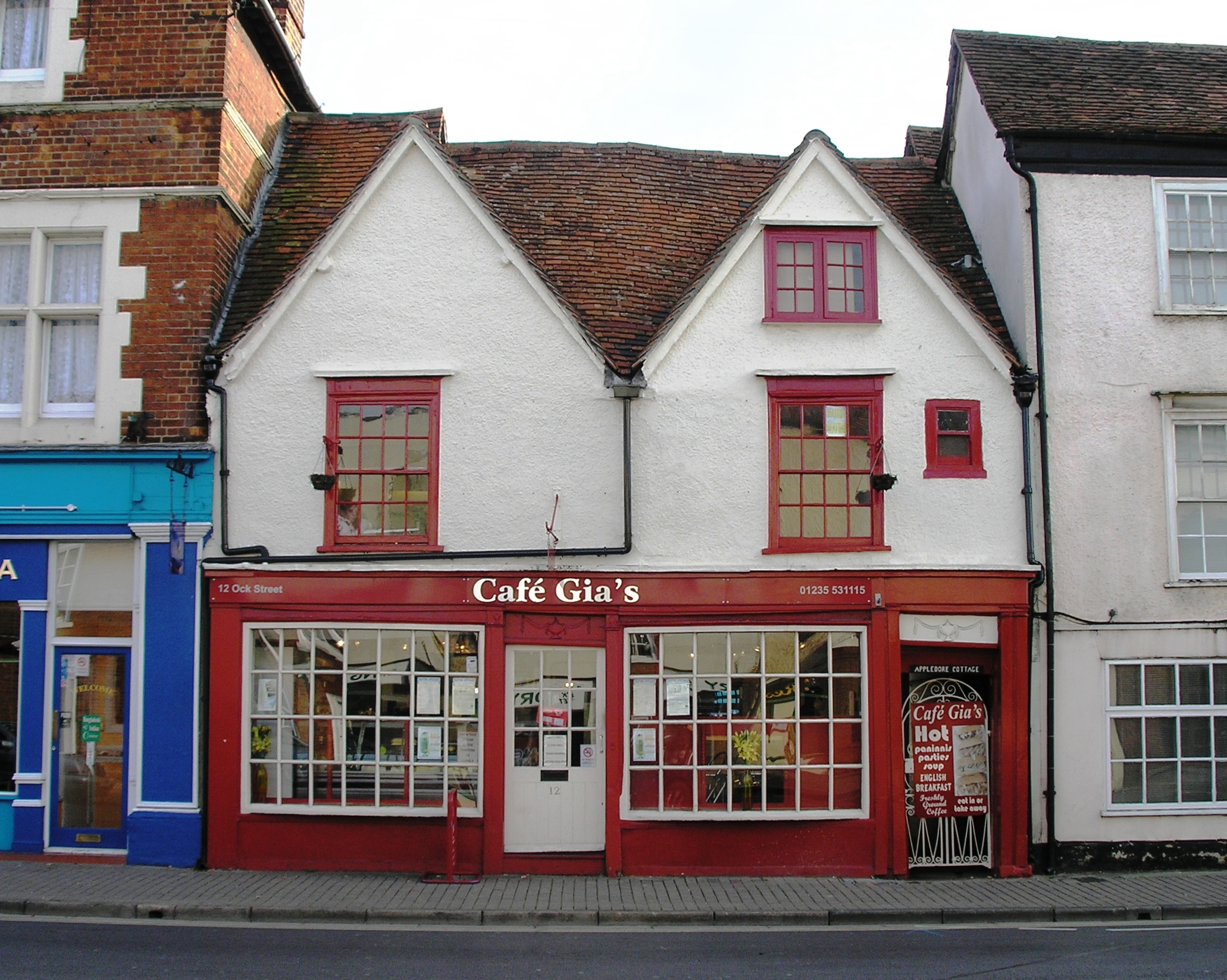