No.28 is one of the largest and most impressive houses in East St Helen Street. A building on the plot was identified in Amyce’s 1554 survey but nothing of that building survives today. The primary phase of the present house is from 1616-17. It is on two floors with an attic and cellar and purpose-built for commercial use, possibly as an inn. It probably had four large gables facing the street. It was bought in 1679 by Thomas Medlycott, recorder of Abingdon and future MP, who converted it into a dwelling house, probably removing the gables and putting in sash windows. The name ‘Unicorn House’ is modern. It was thought to have been the name of an inn  that Medlycott bought and converted it into a house, but there is no record of a Unicorn Inn on this site.

A plaque commemorates the visit to the house by William of Orange in 1688 on his way to London to claim the English throne.

From the early eighteenth century are the doorcase, dining room panelling and staircase. Later changes have been few – additional panelling in the front hall is probably late nineteenth-century, while documented alterations in 1971 were relatively minor in scope.

The house is private property and not open to the public. 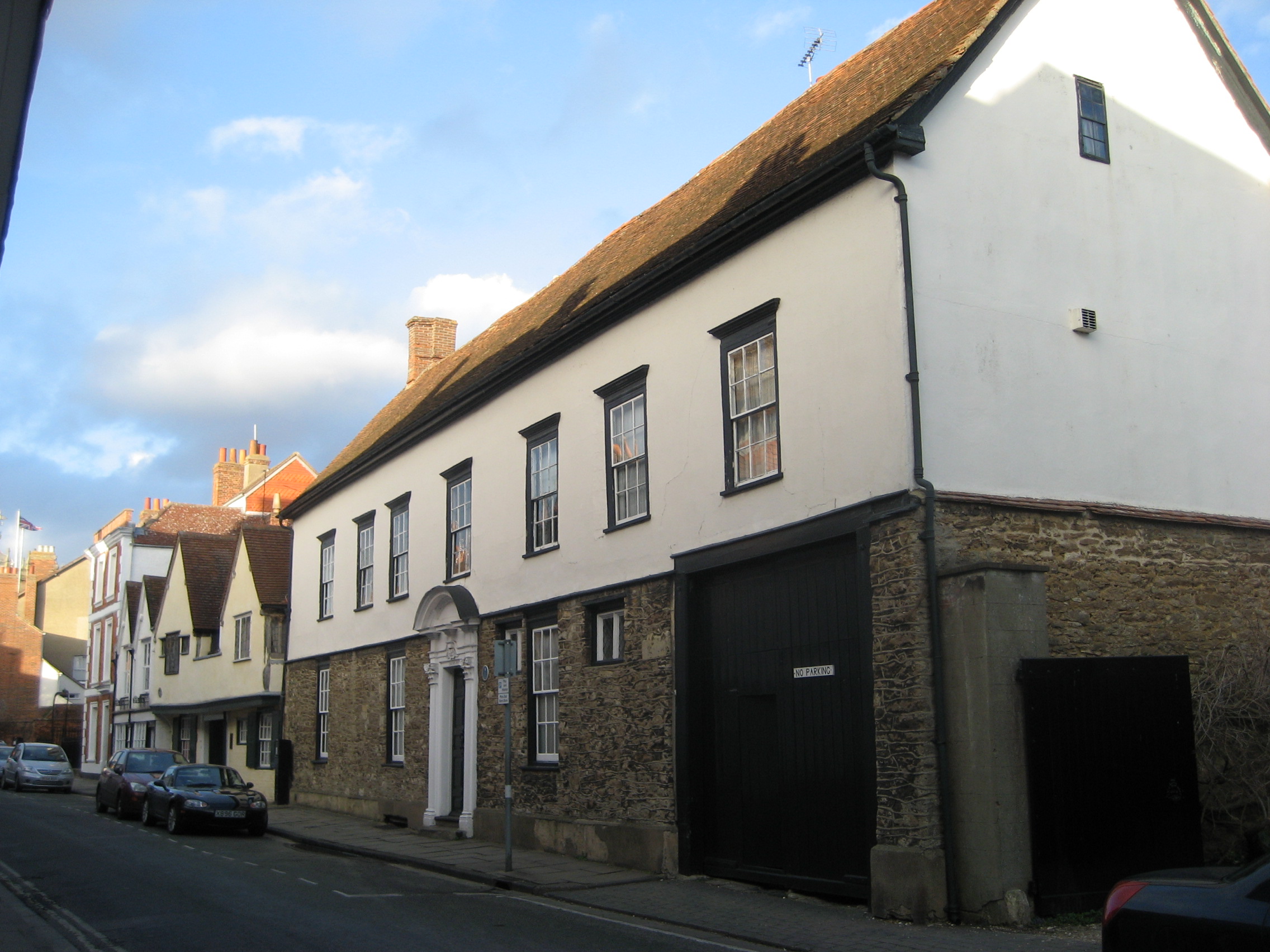