The Guildhall is a complex set of buildings, now linked together. At its heart is the medieval L‑shaped Hospital of St John, which has been altered and extended over the years.

One arm of the building runs southwards towards the river. This, in 1563, became the schoolroom for John Roysse’s newly established grammar school. Above it at its north end is a room remodelled in 1758-9 with an especially handsome west-facing Venetian window that is visible from Bridge Street.

The arm which faces St Nicholas’ Church was the hospital chapel. The present upper storey over this was rebuilt in 1731-3 as a council chamber, with the ground floor beneath it a courtroom where the Berkshire assize court sat after 1772. The complex also contained a police station in the nineteenth century.

The open space we see today was a courtyard before a row of buildings along Bridge Street was demolished in 1938. It was entered from the side facing the church through an ornamental gateway, dating to 1811, that still remains. In the later nineteenth century, the courtyard housed the town’s fire engines.

In 1958 an external staircase was added at the west end of the building for direct access to the council chamber. The extension eastward beyond the Abbey gateway is from 1966. 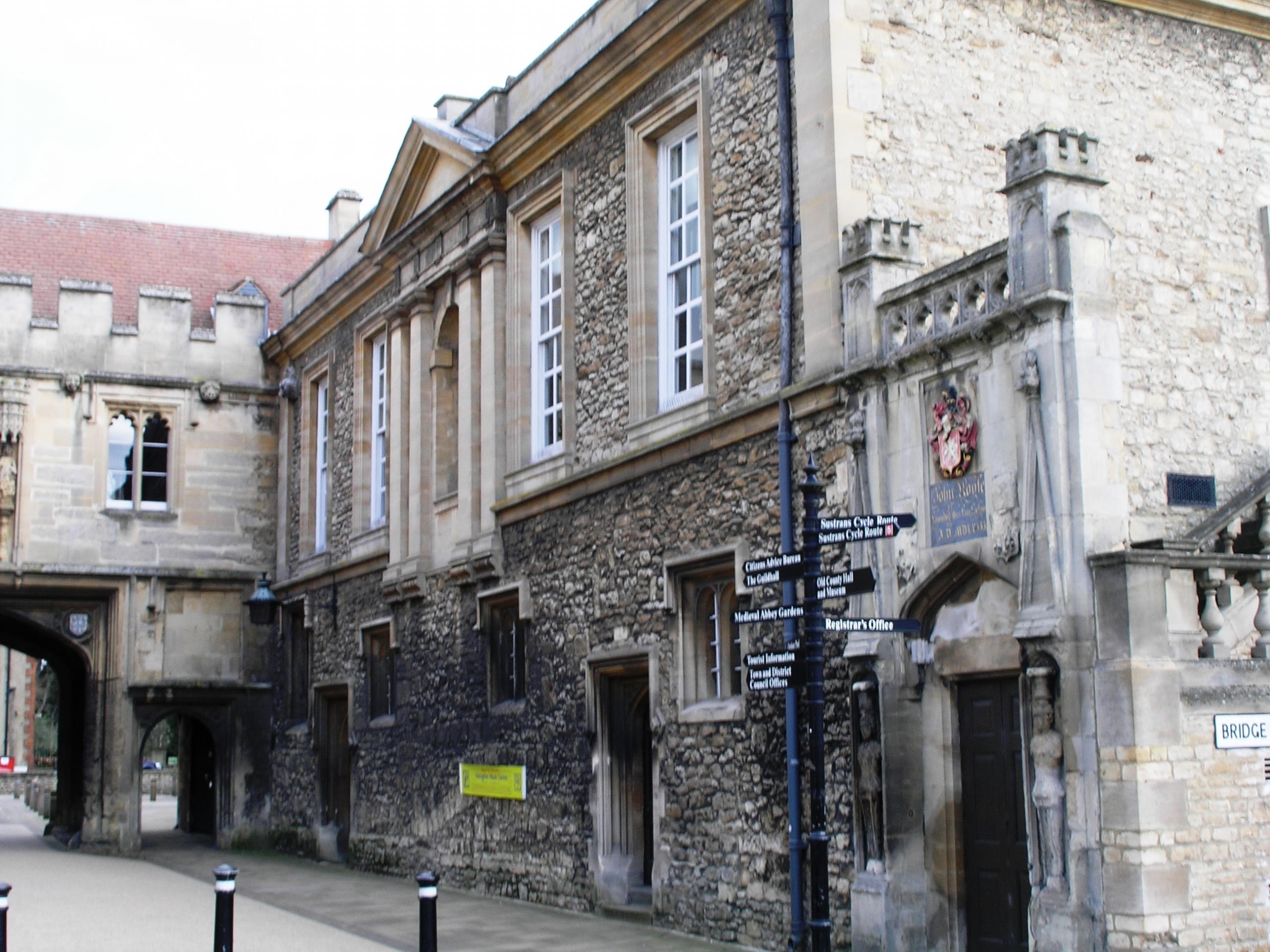