Stratton House dominates the small square that closes Bath (formerly Boar) Street since it was divided by Stratton Way in 1968/9. It was built in 1722 for Benjamin Tomkins and his wife, Sarah, as can be seen in the brickwork of the façade. Tomkins was a rich maltster. The house is in two parts, the original house to the left, and an extension dating from about 1800 to the right, sometimes referred to as Stratton Lodge. The railed roof platform was installed in 1974.

The main house has seven bays, the central one breaking forward with an elegant classical doorframe and delicate fanlight over the recessed door. It stands on a low stone plinth, but is mainly brick, laid in Flemish Bond, with contrasting colours shaped with frilly ends to the ground floor – a trademark of builder Samuel Westbrook that can also be seen at Brick Alley almshouses. The first floor lintels have simpler gauged bricks with decorated key blocks.

Inside, the staircase with twisted balusters is original.

The garden at Stratton House was extensive, and in 1910 had a fishpond with a stone grotto nearby. The latter survives in the car park of the County Council’s family and children’s centre on the north side of Stratton Way.

Around 1728, Benjamin Tomkins moved out, having built a grander house – the Clock House in Ock Street –  and his eldest son, also Benjamin, took up residence in Stratton House. But when Benjamin senior died in 1732 he left Stratton House to another son, Joseph, who continued the malting business. There was a malthouse to the rear, along with an orchard, garden and stables. Joseph’s son William inherited Stratton house on his father’s death in 1753 and continued living there until he died in 1808.

From the census returns it seems that Stratton House was rented out for much of the nineteenth century, but in 1887 it was reported that, “The Mayor (Ald. Tomkins) gave a garden party at Stratton House on Saturday last.”  But by 1894 it was again offered for rent. Lady Alice Norman lived there from 1909 until her death in 1939, aged 93. Lady Alice had been active in the church and good works including the hospital and infant welfare. Since then it has been occupied by government offices, and now by Challenor and Son, a firm of solicitors. 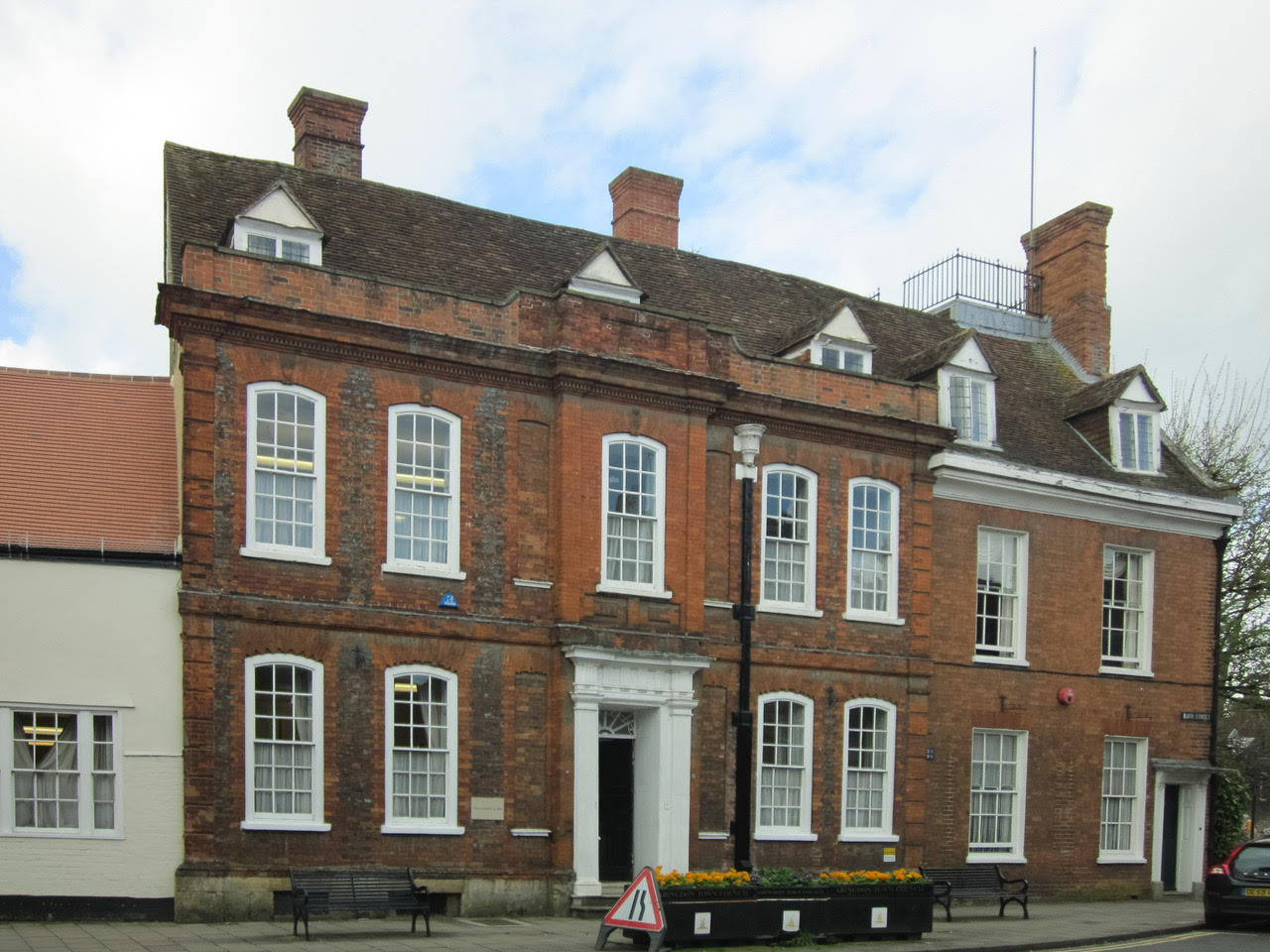