Agnes Charlotte Baker is one of Abingdon’s foremost historians. For twenty years she worked with Arthur Preston to extract the history of the town from its archives and from Preston’s own collection of documents. She later wrote many short articles making this history approachable for the non-specialist reader.

Agnes Baker was born in Banbury, the younger daughter of Thomas Baker, a draper/outfitter, and his wife Alice. After completing an honours degree in history at Reading University she was recommended by Professor (later Sir) Frank Stenton to Arthur Preston, who was seeking a secretary/historical assistant. Preston had earlier retired from professional life as an accountant to take up other pursuits. These notably included research on Abingdon’s history and he had recently supervised the 1922 excavations of Abingdon Abbey.

Agnes Baker lived with Preston and his wife Lydia in their large house, Whitefield, in Park Crescent, from 1932 until Preston’s death in 1942. She was essentially an adopted daughter – the Prestons had no children – and accompanied them on their worldwide travels. Lydia called her ‘Nessie’, but to Arthur Preston she was always ‘Miss Baker.’ When Preston died she was his literary executrix.

During the war years she worked for the National Buildings Record Society, then housed in All Souls College, Oxford, working under Walter H Godfrey. In 1946 she purchased ‘Ivy Cottages’ at 26-26a East St Helen Street, a group of cottages which had been scheduled for demolition in the 1930s as unfit for human habitation though seemingly suitable as accommodation for evacuees.

Agnes Baker’s love of drama prompted her to write a play to be performed by the Boy Scouts in the district. ‘Scenes from Abingdon History’ was performed in the Corn Exchange on 1 and 3 May 1924. The central theme was Abingdon Abbey. This was the first of her historical plays, which was revised and augmented three years later. In 1929 ‘Further Scenes from Abingdon’s History’ was written for the Guild of Abbey Players – the precursor of Abingdon Drama Club – of which she was elected Master. She was also responsible for the historical processions celebrating the silver jubilee of George V in 1935 and the coronation of George VI in 1937.

Agnes Baker was a founder member of the Friends of Abingdon, formed in 1944 to preserve the surviving buildings of Abingdon Abbey and protect the town’s built environment. She was a natural choice as first secretary of the new society. In this role she renewed her acquaintance with Walter Godfrey, writing a booklet for the Friends entitled Abingdon Abbey: Some Notes on its History and Buildings, with architectural description and plans by Godfrey. She was also a member of the Berkshire Archaeological Society.

Agnes Baker died at her home on 27 February 1955. A small memorial tablet, designed by Walter Godfrey and executed by Albert Lock, a local stonemason, was placed in St Nicolas’ Church beneath the memorial to the Prestons. 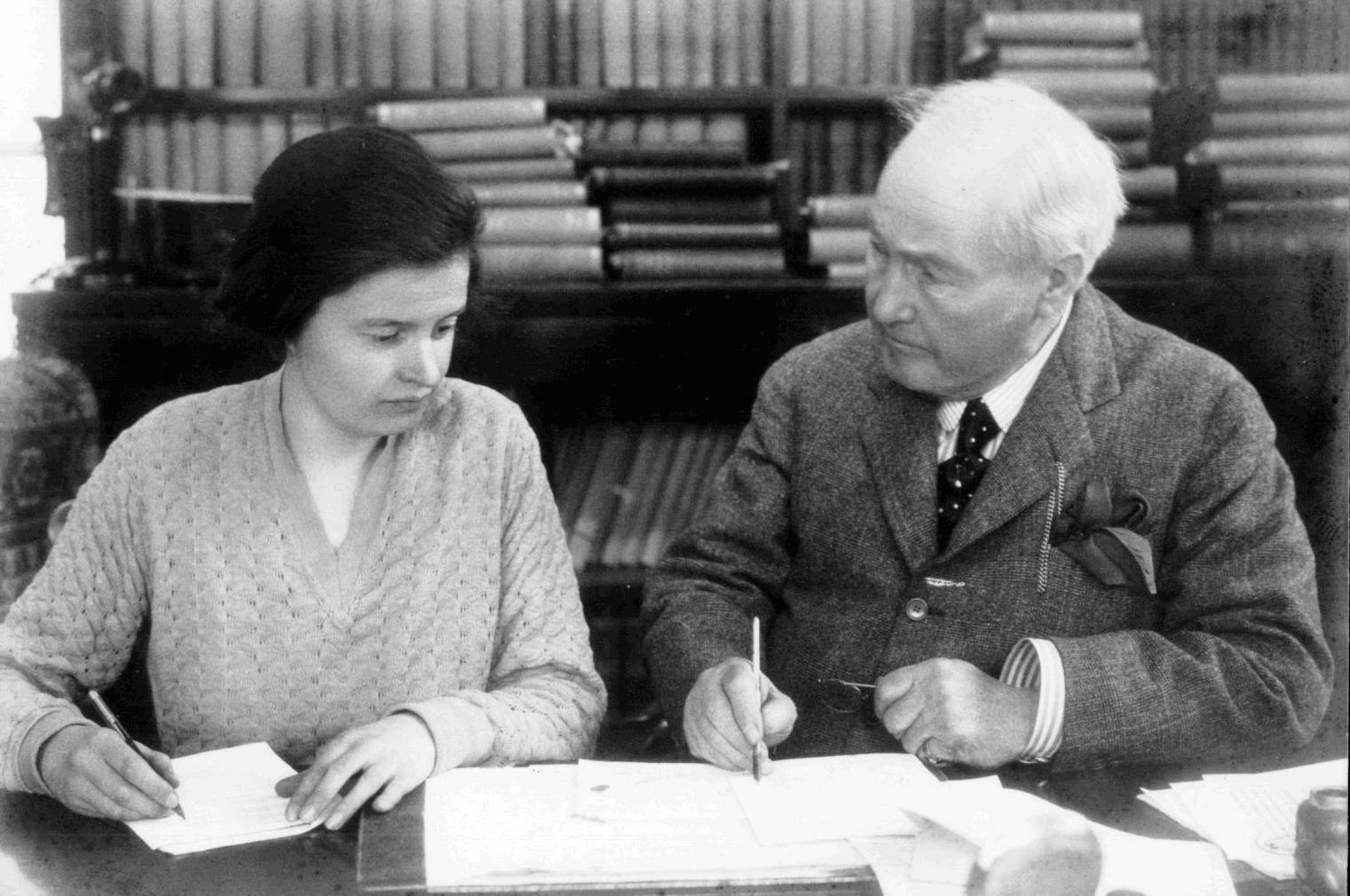 Agnes Baker with Arthur Preston at Whitefield in 1927

Footer
The Beesley and Barrett families