At the intersection of the Oxford and Radley roads in Abingdon is a group of buildings – church, cloister, presbytery, school and former convent – that have developed over the years for the benefit of Abingdon’s Catholic community. They have their origin in an organisation or ‘mission’ which was created in the 1850s largely by the efforts of three men. William Wilkinson Wardell was one of them and was the initial architect.  The other two were Sir George Bowyer, the generous donor, and Father John Paul O’Toole, the first minister to the mission.

Plans for the Abingdon mission were made at a time when the Catholic community generally was faced by an unprecedented demand for the means to provide adequate facilities for meeting religious, educational and social needs. The task of designing the mission buildings at Abingdon was entrusted to William Wilkinson Wardell, a young architect who had already completed a number of churches, chiefly in the Home Counties. As a young man he went to sea, training later as an engineer. Yet it was as a designer of buildings that Wardell would achieve distinction. For the church at Abingdon he chose the decorated style of Gothic, the influence of another architect, Augustus Welby Pugin, being all-pervasive at this time. Encounters with Pugin and a shared interest in religion helps account for the two men eventually becoming members of the Catholic Church. Work began on the Abingdon commission late in 1854; the presbytery, cloister, and chancel were opened and dedicated in 1857. It has been surmised that this group of buildings was sufficient for the time being; it was not until 1865 (by which time Wardell was in Australia) that the original plan was completed by Wardell’s successor George Goldie. 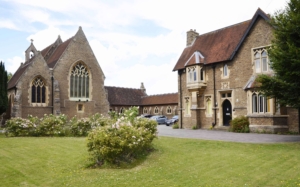 St Edmund’s presbytery and the east end of the church with the cloister buildings in between. (Photo: M. Harrison, 2014)

Biographers of Wardell suggest there are two features about the man that were significant. The first was his family.  He married Lucy Butler of Oxford in 1847 and there were eleven children of the marriage. Both had been reared as Anglicans, though in 1846 they became members of the Catholic Church. According to the biographer Denis Evinson, a happy marriage and a staunch commitment to the Catholic faith proved to be formative influences on Wardell.

Wardell started experiencing health problems in the late 1850s. Whatever the cause of this, he was recommended by his medical advisers to settle in a new climate. Having decided on Australia he arranged to settle there with his family. Before their departure he disposed of his growing practice to Messrs Hadfield and Goldie of Sheffield. It would be left to George Goldie to complete his work at Abingdon. Wardell left behind him a promising reputation and an impressive list of commissions. All told he had designed over thirty churches mainly in the London area, in addition to which he was responsible for a number of other religious buildings.

Britain’s loss was Australia’s gain. Locating first in Melbourne, Victoria, he received the commission to build St Patrick’s cathedral; other work, both religious and secular followed. Later on moving to Sydney, Wardell gained the commission to build St Mary’s cathedral, a remarkable accolade for any architect. He was awarded numerous other commissions, many being secular projects and not all in the Gothic style. In Australia his health improved to such an extent that he remained professionally active until a short time before his death in 1899 at the age of 76. 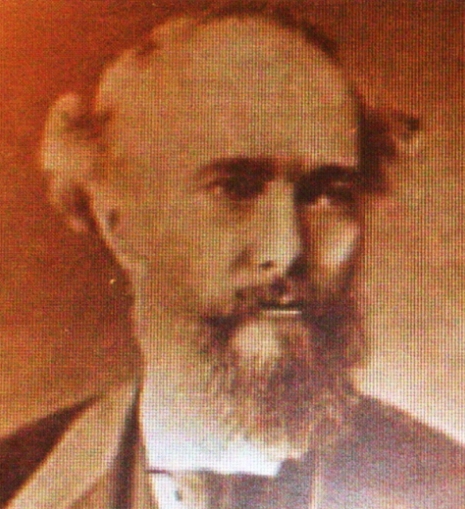