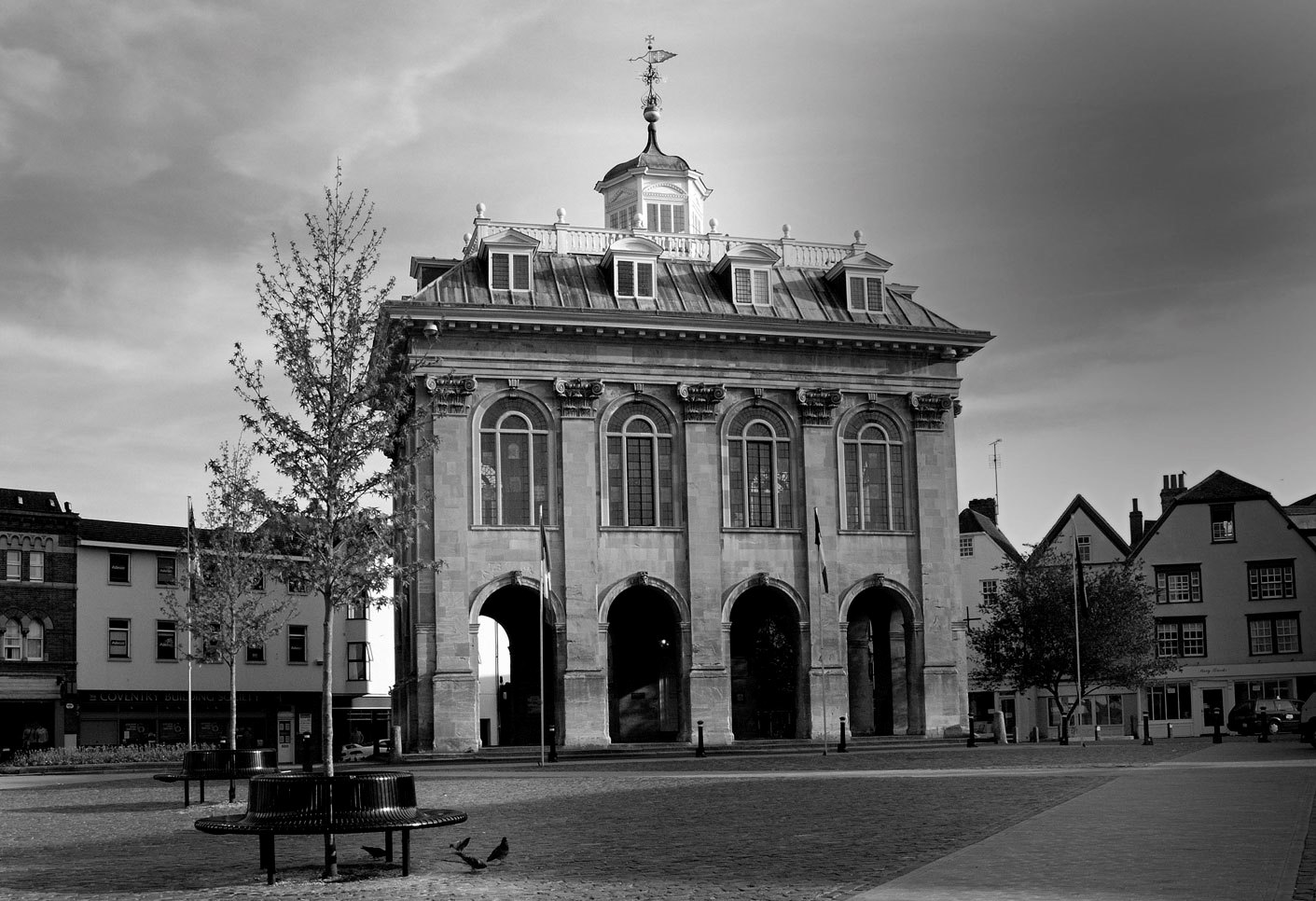 This “exceedingly handsome” building – as John Betjeman described it – was erected between 1678 and 1683, primarily to house the Berkshire Assizes when they were held in Abingdon. Until the nineteenth century it was generally referred to as the Town Hall or the Market Hall, and the name County Hall was adopted only gradually. In 1869 Abingdon ceased to be an assize town but the building continued to be known as the County Hall.

The builder was Christopher Kempster, possibly using a design by Christopher Wren. It replaced a market hall on the same site and is now occupied by the town museum.

The style of architecture is Baroque. The building has three storeys, including the roof space which features eleven dormer windows. On the top there is a lantern bearing a ball and weather vane; the lantern has a balustrade round it. An off-centre stair tower projects from the south face (the back) as far as the top floor, and at ground level there is a flight of stone steps to the cellars. It is also possible to access the cellars by an internal staircase leading from the vestibule and by a lift on the pavement.

The ground floor is an open arcade which was designed to house a market.

The painted internal staircase gives access to all the floors except the cellars.

The first floor comprises a grand salon which is known as the Sessions Hall because it was originally built to function as a courtroom when needed. It now houses a permanent exhibition of items from the history of Abingdon, including a special feature on the MG car works that was located on the western side of the town.

In the attics there is a display of more town treasures and one of the cellars contains two early twentieth century gas pumping engines. The cellars also contain an educational area (the Kempster Room) and a café.

On special local and national occasions the Mayor of Abingdon and other dignitaries throw buns to the crowd in the Market Place from the roof of the building. The origin of this ceremony is unknown but it may date from the coronation of King George IV in 1821.