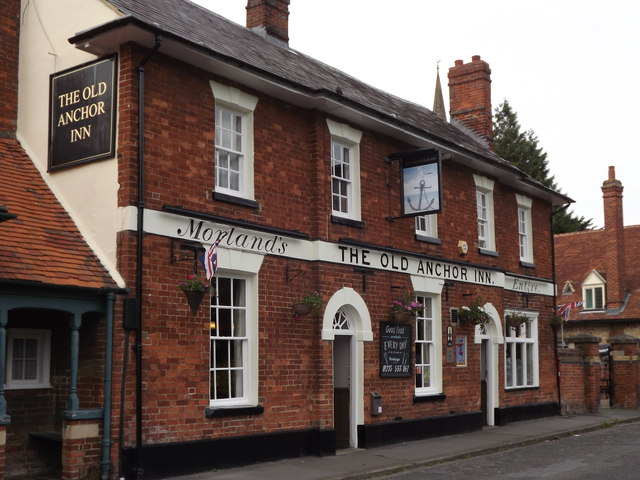 The Old Anchor Inn on its present site can be dated to precisely 30 August 1884 when its license was first granted. Prior to this it had operated over the road on a site right on the river that it shared with an almshouse. The original Old Anchor and the almshouse were moved to new sites when Christ’s Hospital, which owned the whole area and still does, redeveloped St Helen’s Wharf in 1884.

The three attached houses that had stood on the present site were remodeled to create the new Old Anchor Inn plus a separate dwelling that was incorporated in the same building. At the rear of the present building, and not accessible to the public, is a seventeenth-century timber-framed range that formed part of the original three houses. The redevelopment also included new almshouses next to the new inn. They replaced an old workshop that was demolished to make way for them.