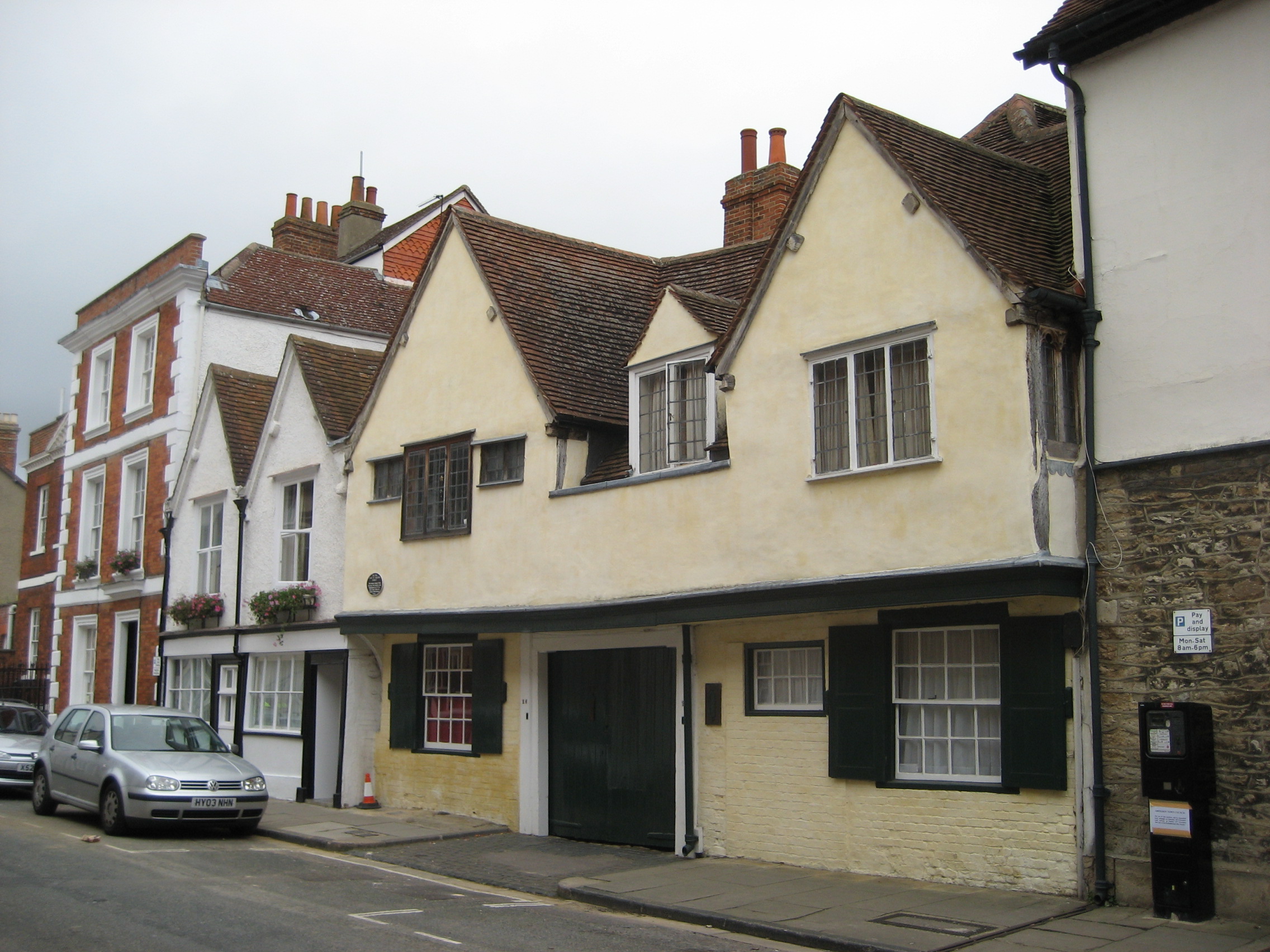 No. 26 East St Helen Street is the most complete surviving medieval house in Abingdon. It was built in 1431 and had two jettied cross-wings that also overhung a central open hall – the smoke from the central hearth blackened the timbers right up to the roof, where it escaped through a louvre.

Behind the right-hand wing (No.26A) is a further extension, built just after the front house, but containing fifteenth-century fireplaces on each floor. The lower room also has a Baltic oak ceiling, while on the walls of the staircase and upper room are remnants of a sixteenth-century decorative scheme with flowers and fruit. There was a similar wing to the north and they were linked by a short gallery behind the hall which has an impressive row of fifteenth-century windows overlooking the garden.

In the nineteenth century the then owner, probably a merchant of some sort, knocked a wide carriageway through the former hall and part of the rear wing, giving it its present odd appearance. Later, the house was divided into four – three parts were known as Ivy Cottages – and was in a poor condition when acquired by Agnes Baker, who restored it in the 1950s. It was bequeathed to the Oxford Preservation Trust in 1991.

It is open to the public by appointment with Oxford Preservation Trust, and on Heritage Open Days.