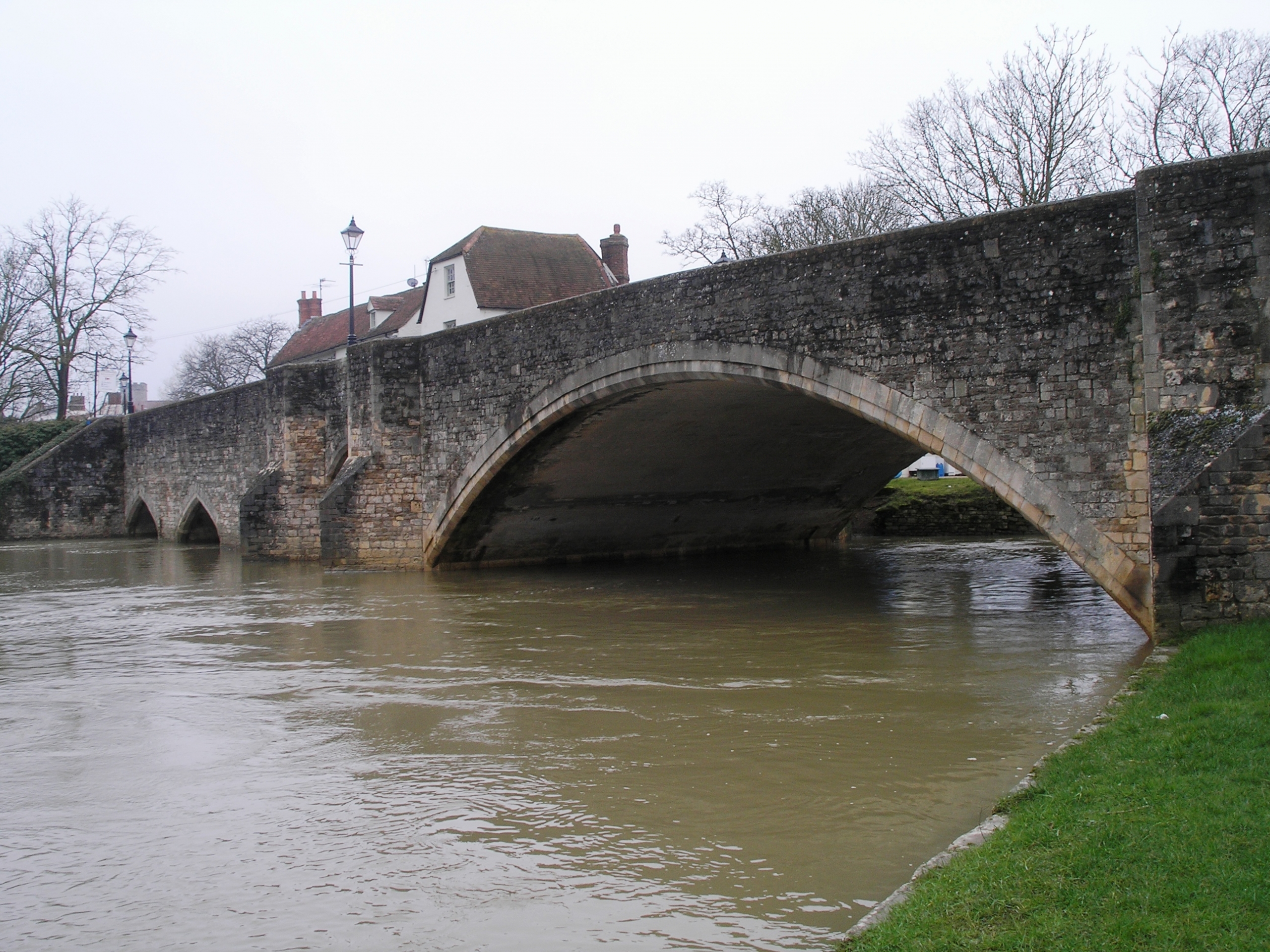 Abingdon Bridge was built in 1416 by local town initiative, not by the Abbey. A guild named the Fraternity of the Holy Cross was chartered in 1441 and given responsibility for its upkeep. It is actually three bridges, Hart or Town Bridge (from the ancient White Hart Inn which stood on the site of the present Old Gaol ‘from time immemorial’), Burford (a corruption of Borough Ford) Bridge over the main navigation channel of the Thames, and Maud Hales Bridge, built by the widow of a wealthy local businessman. Long-distance traffic which had previously crossed the river at Wallingford now did so at Abingdon, bringing great economic advantage to the town.

The building was a notable feat of organisation and engineering for the time. The workforce is said to have numbered three hundred, and was kept supplied by the women of Abingdon with bread, cheese, and cooked chicken. There were initially eleven arches, later extended to fourteen, and the project included a causeway on the further side of the river and a second bridge at Culham. After the dissolution of the Holy Cross guild in 1547, responsibility for maintenance devolved on the local charity of Christ’s Hospital, which was relieved of this duty only in 1927.

Major improvements to the bridge began in 1790, but until 1829 it could take only one-way traffic. With the passage of time, the foundations deteriorated and in 1925 an inspecting engineer declared the bridge unsafe and had it closed without warning. For some four years, a temporary wooden structure carried traffic between Nag’s Head Island and the Oxfordshire bank. The damaged arches were rebuilt in concrete but faced with the original stone to retain their medieval appearance, and a wide new navigation arch was created.