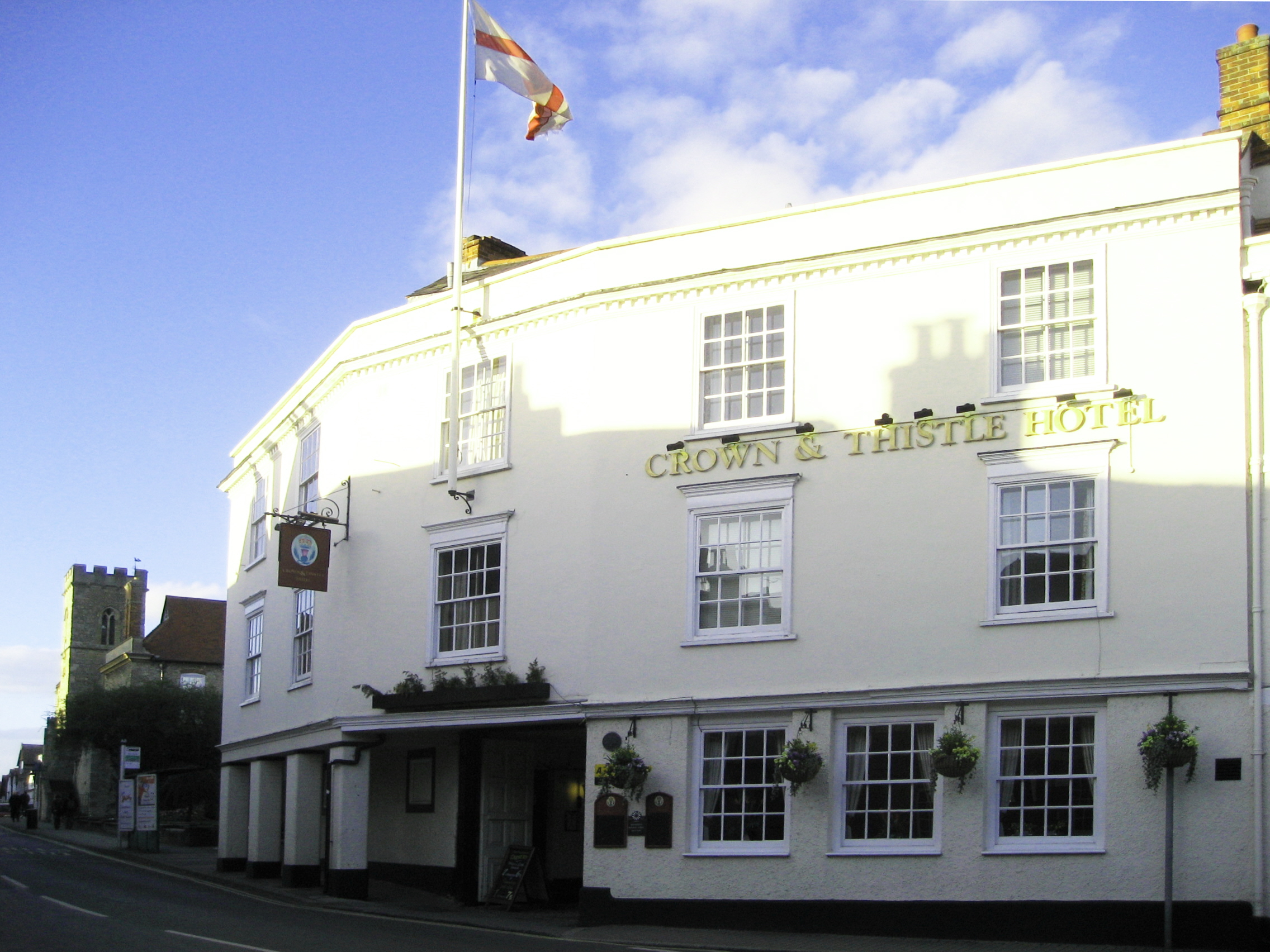 The Crown & Thistle is a multi-period courtyard inn, probably taking its name from the union of the crowns of Scotland and England in 1603, and bearing the date 1605 over a doorway. Entry is through a cobbled carriageway into a small attractive courtyard. Around it are function rooms, restaurants, bars, kitchens, former stabling and a barn.

The building has seen many alterations over the years. Comparing the two photographs shows how the windows have been altered at ground and first floor levels, and that the covered pavement to the left of the entrance, allowing people to walk under the upper floors, is a relatively recent innovation.

The courtyard lies over the culverted River Stert, which marked the boundary between Abingdon Abbey (to the east) and the town. Some stabling belonging to the Abbey may have stood where the barn is today.

The inn is on the main road south from the town and so a major route for travellers. It prospered in the seventeenth and eighteenth centuries, and evolved piecemeal to expand its accommodation, taking over the adjacent public house, The Old Fighting Cocks, in the nineteenth. Its eighteenth-century innkeeper, James Powell, promoted the Crown & Thistle as a place for auctions, banquets and other events, while also providing services such as those of doctors, dentists and oculists. It was the coaching trade that put the inn on the map – mail coaches arrived in 1794 – but a hundred years later it saw itself as ‘a Family and Commercial Hotel and Railway Posting House’.

John Ruskin, the Victorian art critic and social commentator, made the Crown & Thistle his home for a period in the early 1870s, walking the 7½ miles to Oxford when giving lectures and visiting the university. In the 1930s the American actor Douglas Fairbanks junior had a boat on the Thames and held the Crown & Thistle in high regard as a place to stay.