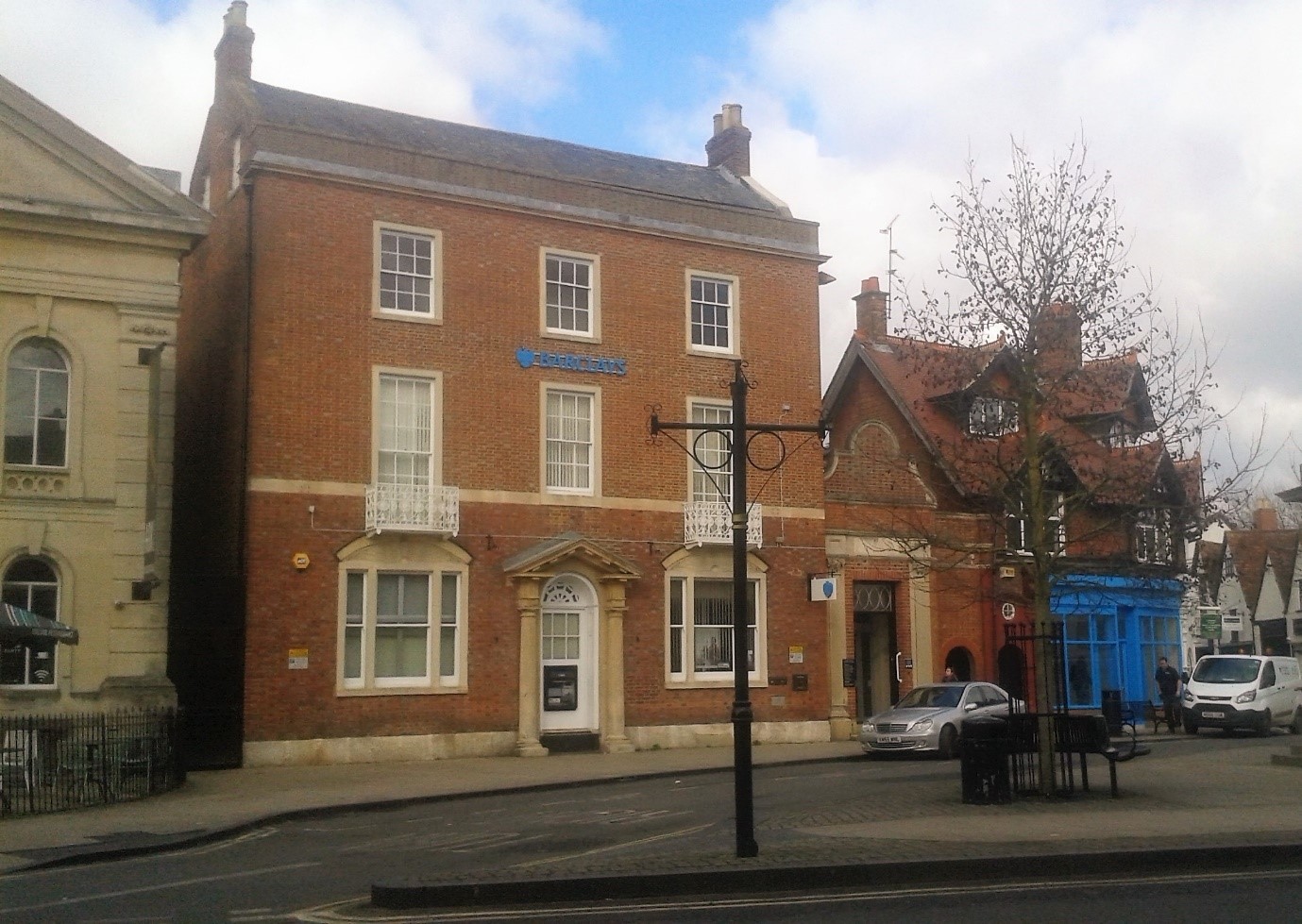 The north-east corner of The Square currently has two buildings: Barclay’s Bank at No. 2 and, to its east at No. 3, a spectacular gabled construction that extends round the corner into Bath Street.

In 1554, after the dissolution of the Abbey and the guilds, Roger Amyce made his survey of Abingdon for the Court of Augmentations. The plot, or most of it, was occupied by a tenement which had previously provided funds for an obit – memorial prayers – to be observed at St Helen’s Church. It was ‘jacens in angulo’ – lying in the corner between Ock Street and Boar Street (which is now Bath Street). Although St Helen’s still existed and, under Queen Mary, obits were again permitted, the Crown had kept possession of the property. It would pass to the new borough of Abingdon under the charter of 1556.

The plot was large and was extended towards the west during the rest of the sixteenth century. By 1600, there were three separate dwellings on it. For the next two centuries these were leased out by the Corporation, sometimes separately and sometimes together. About the middle of the eighteenth century, the one of them actually on the corner was separated from the other two to become an inn – the Unicorn which later became The Rising Sun. 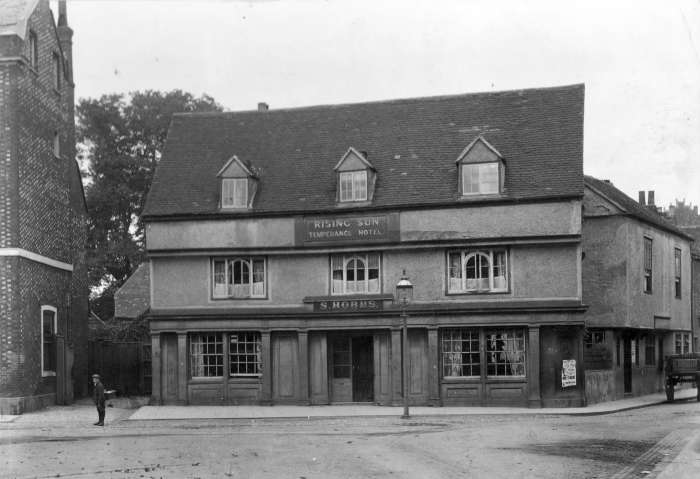 The other two were in the hands of the Knapp family, grocers, bankers and local politicians. At some time between 1800 and 1811 they rebuilt them. One of the results of the rebuilding was the present Barclays Bank with its entrance on the Sheep Market, as The Square was then known; the other, which must have been behind it and behind the inn, was accessed via alleyways from the Sheep Market and from Boar Street.

One of the buildings, most probably the future bank building, was for much of the nineteenth century a butchery business with a slaughterhouse behind it, the other a doctor’s surgery. 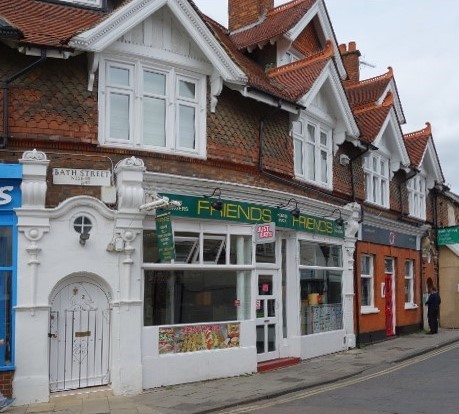 Gillett’s Bank, based in Banbury, was expanding in the 1870s and in or about 1878 opened a branch at No 2 The Square. The Rising Sun became a temperance (alcohol-free) hotel, but was demolished about 1900. There was an adjustment of plot boundaries so that the corner with Bath Street could be set back and rounded off, and additional space in Bath Street was added. The current corner building was designed by J.G.T. West, an eminent local architect of the time, and housed shops on the ground floor – as it still does. In 1919 Gillett’s became a part of Barclays Bank.