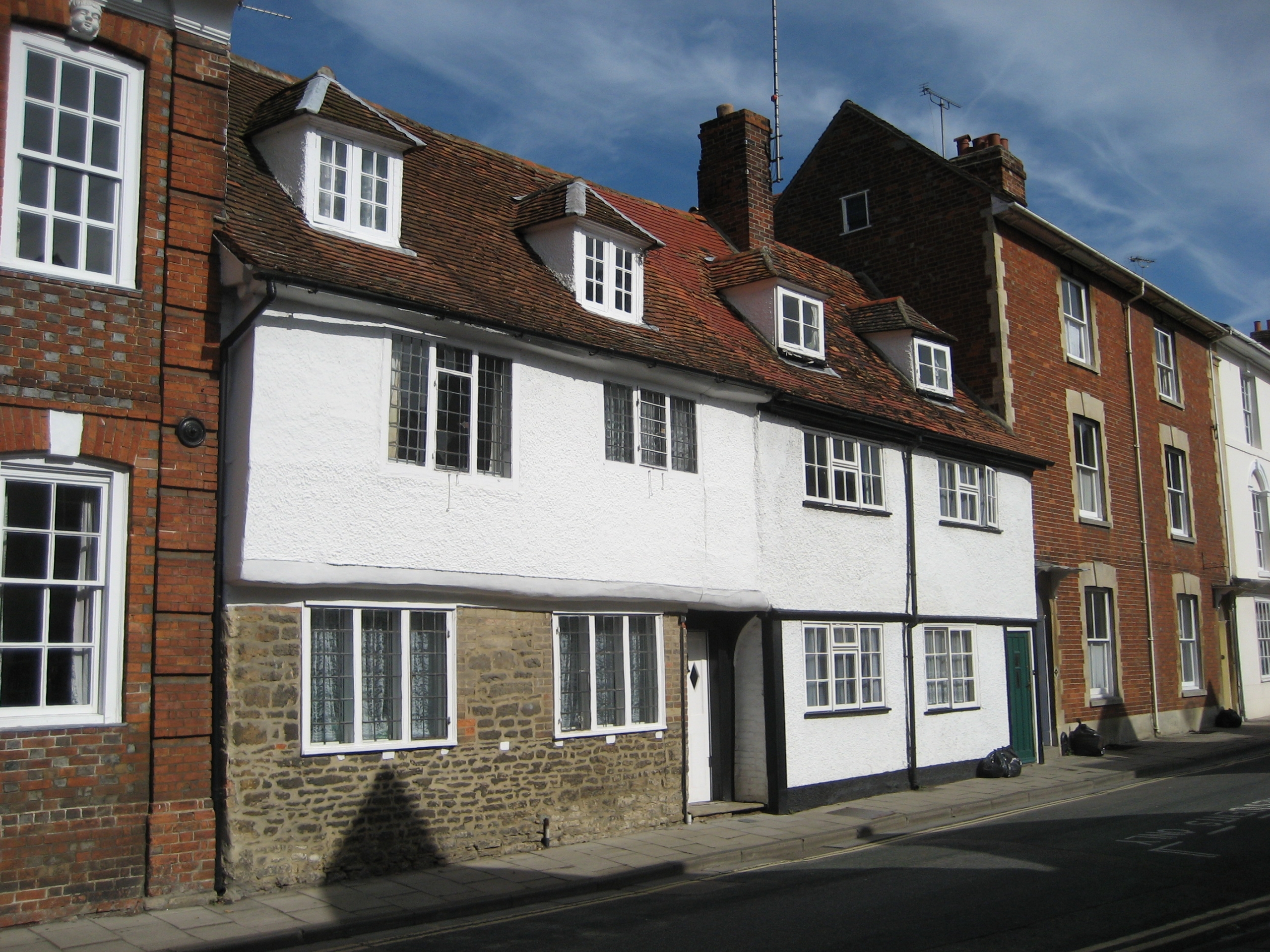 No.55 with its neighbour No.51 are part of a timber framed row of rental properties built some time around 1500. They belonged to the Braunche family in the mid-sixteenth century. There were probably three cottages originally, the one to the south demolished in 1732 when No.57 was built.

There seems to have been a radical reconstruction of No.55 in the seventeenth century. A spine beam was inserted to support the first floor and a passage entry with one large room was created on the ground floor. It became the property of Christ’s Hospital and one of the occupants of this rebuilt house was their surgeon, Michael Adshed.

There was another major makeover in the eighteenth century, with the creation of a separate kitchen to the rear and the relocation of the fireplace and staircase. One of the upper floor rooms was given a new fire surround, and panelling was installed.

There have been further changes in the nineteenth and early twentieth centuries to provide extra space in the attic, but very little has been changed since it was sold by Christ’s Hospital in 1922. A notable twentieth-century occupant was Colin Winter, bishop of Damaraland (Namibia) who was exiled from his diocese for his opposition to the apartheid regime in the 1970s.

No.55 is private property and is not open to the public.