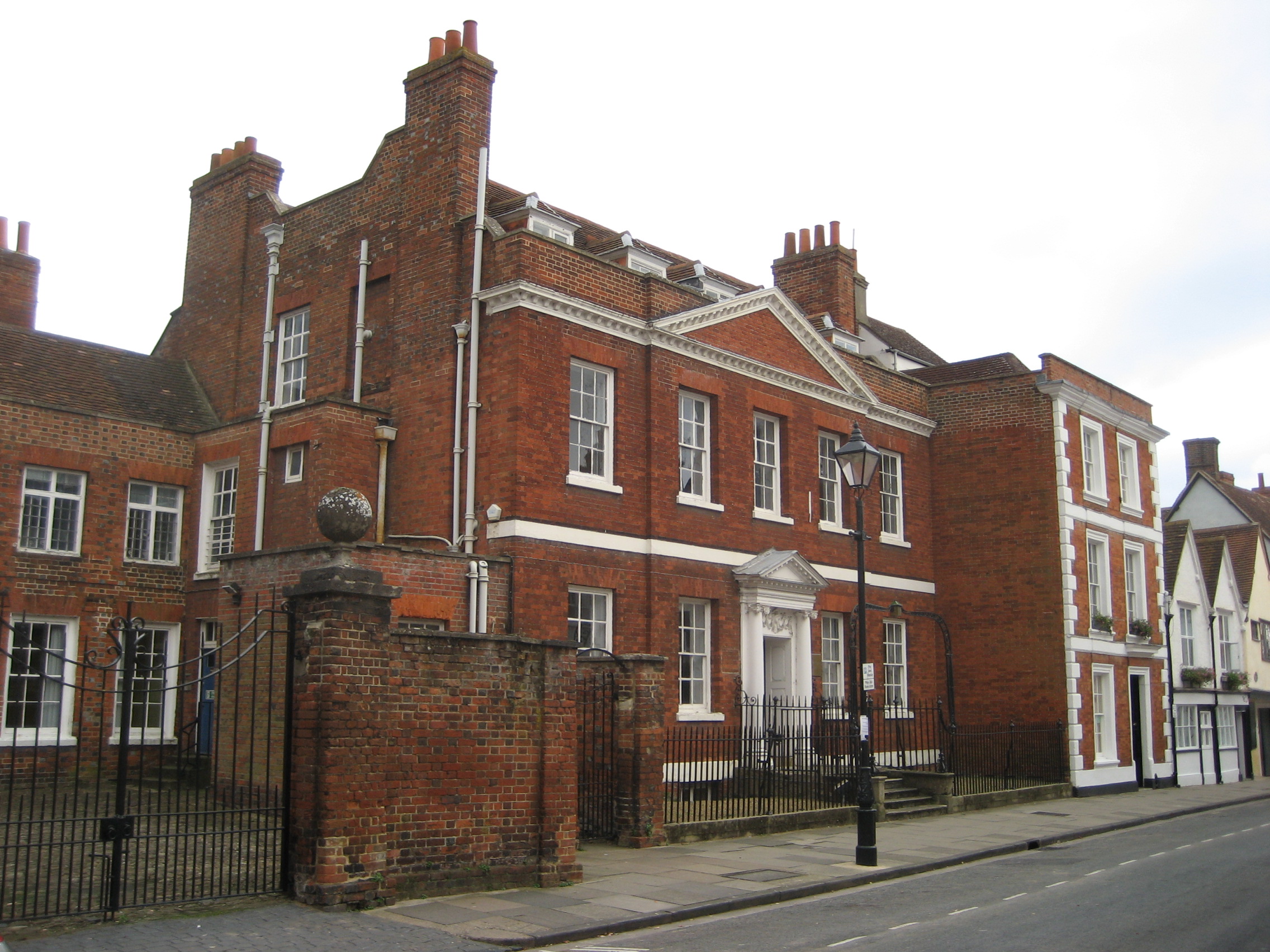 This early Georgian building was built in 1756-7 for Joseph Tomkins.  The Tomkins were among the leading families of the town; they were prominent members of the local Baptist Church and successful businessmen in the malt trade and, later, banking.

The house is noted for its splendid brickwork. It has two storeys plus attics with dormer windows, as well as cellars. The front door, framed by an elaborate doorcase, is approached up five stone steps under an iron lamp holder.

Next door to the east are the original stables with a cobbled yard.

The back of the house is if anything more impressive than the front.  At the level of the attics there is a large domed lantern with three windows. 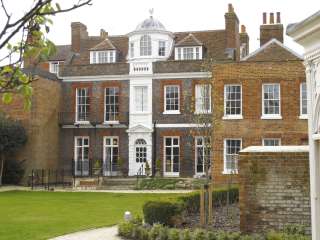 The architect of the house itself is thought to have been Sir Robert Taylor, although it is possible that the stables were built to the design of a local architect.