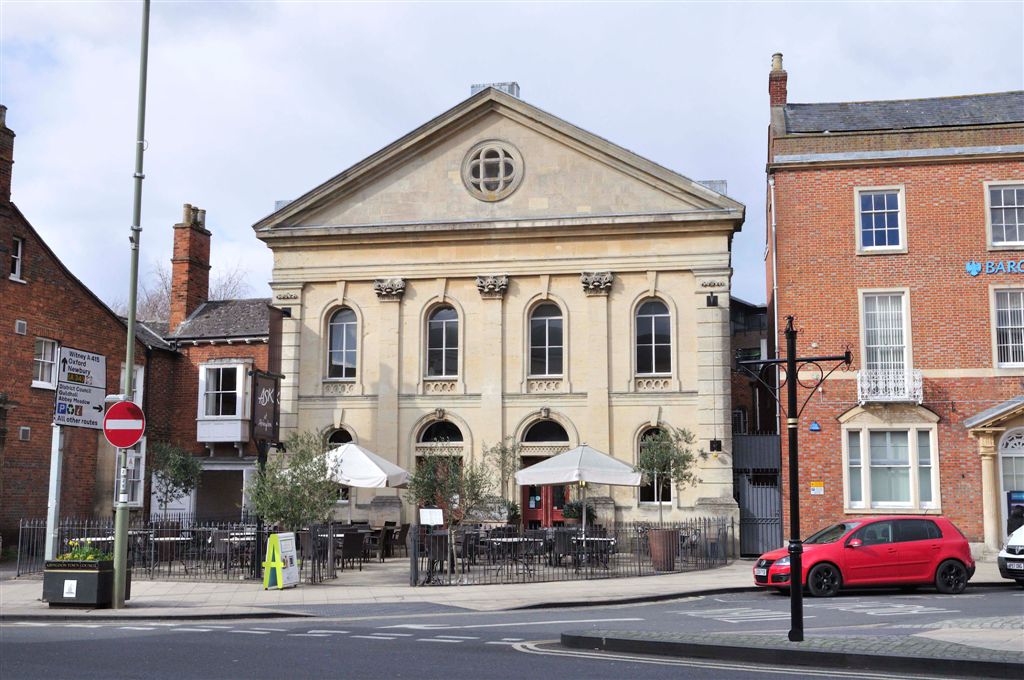 This self-confident, classical-fronted building on The Square is the former Congregational Church. It marked the prominence of the local Congregational community when it was built in 1862 with seats for six hundred adult worshippers. It was designed by the local architect J S Dodd. The front, with its pediment and giant pilasters, is finished in ashlar stone. The side walls, not visible from the street, are brick.

The original Congregational or Independent meeting house had been built in 1700 as a modest, plain structure on a site hidden behind the street frontage. In 1861 the land immediately in front of the old building was purchased as the site for the new chapel. When this was built, the old meeting house was adapted to become a church annex with a vestry and rooms for Sunday School classes. It is still part of the church building today.

In 1979 the congregation united with Trinity Methodist Church. The Church building remained empty until in 1987 when it was sold and converted into offices. It became a restaurant in 2008.