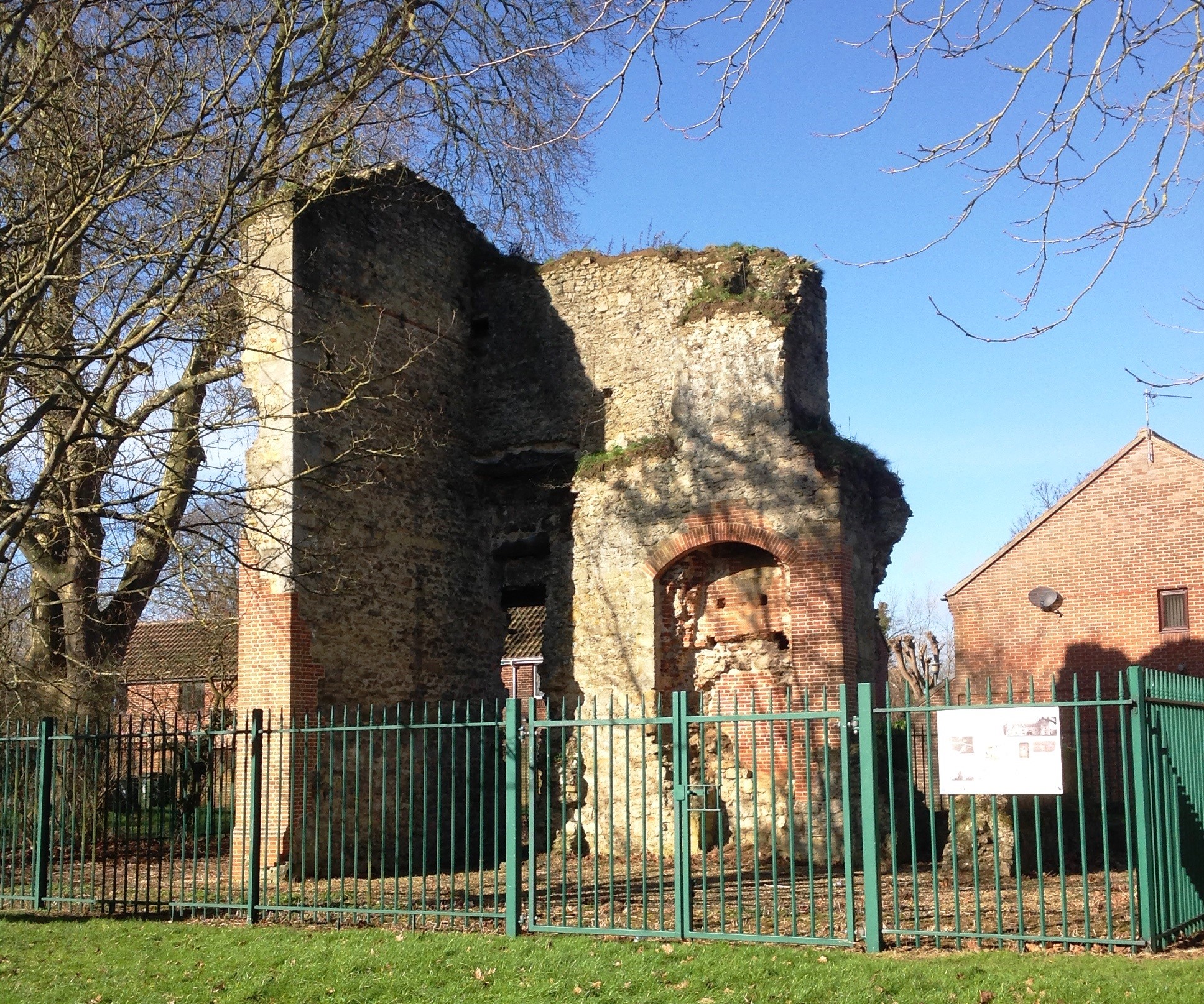 Hidden away in a modern housing estate just outside the town centre is the ruin of Barton (often referred to as Barton Court). 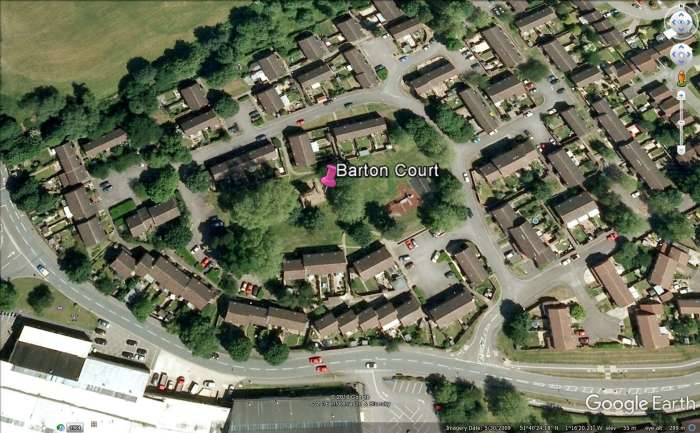 This is all that remains of a house built in 1554 by Thomas Reade, using stone from the tower of Abingdon Abbey’s church. The manor of Barton had been granted to the Abbey at an early date. It covered a large area around Abingdon, and Barton was the ‘home farm’ of the Abbey. After the Dissolution, the manor passed by purchase to Thomas Reade.  His grandson, Sir Thomas Reade, entertained King Charles I and his wife Henrietta Maria at Barton several times.

The family took the Royalist side in the English Civil War, and Barton saw the final parting of Charles and Henrietta Maria in April 1644. Abingdon fell to the Parliamentarians in May 1644. It is unclear if the house was reduced to a ruin at that time, or if it survived until March 1646 when Barton provided cover for an (unsuccessful) attack on Abingdon by Royalist troops from Oxford.

The surviving ruin is hard to interpret, but it includes a chimney breast with three fireplaces, and holes in the walls which would have held joists for floors and a staircase. The building had at least three storeys. A photograph of 1898 shows what seems to be a fine stone chimney stack above one of the fireplaces, but this has now fallen. Some rather unsympathetic repairs to the ruin were carried out in about 2002.

Excavations were carried out here by a group from Fitzharrys School in the 1960s. Finds included a coin of Charles I and much decorated ceiling plaster of probably early seventeenth century date. Some of this plaster is now on display in Abingdon Museum. Cannon balls have also been found at the site.

At some point after the Restoration of the monarchy in 1660, a new house (now demolished) was built, just to the south of the ruin. By about 1900, it was known as Barton Court. It is possible that, when this new house was built, the ruin which we see today was deliberately left standing: a poignant reminder of the dramatic events which took place at Barton during the English Civil War, and of the role which the Reade family had played in them.