You are here: Home1 / Witness a Living Tradition
Main content 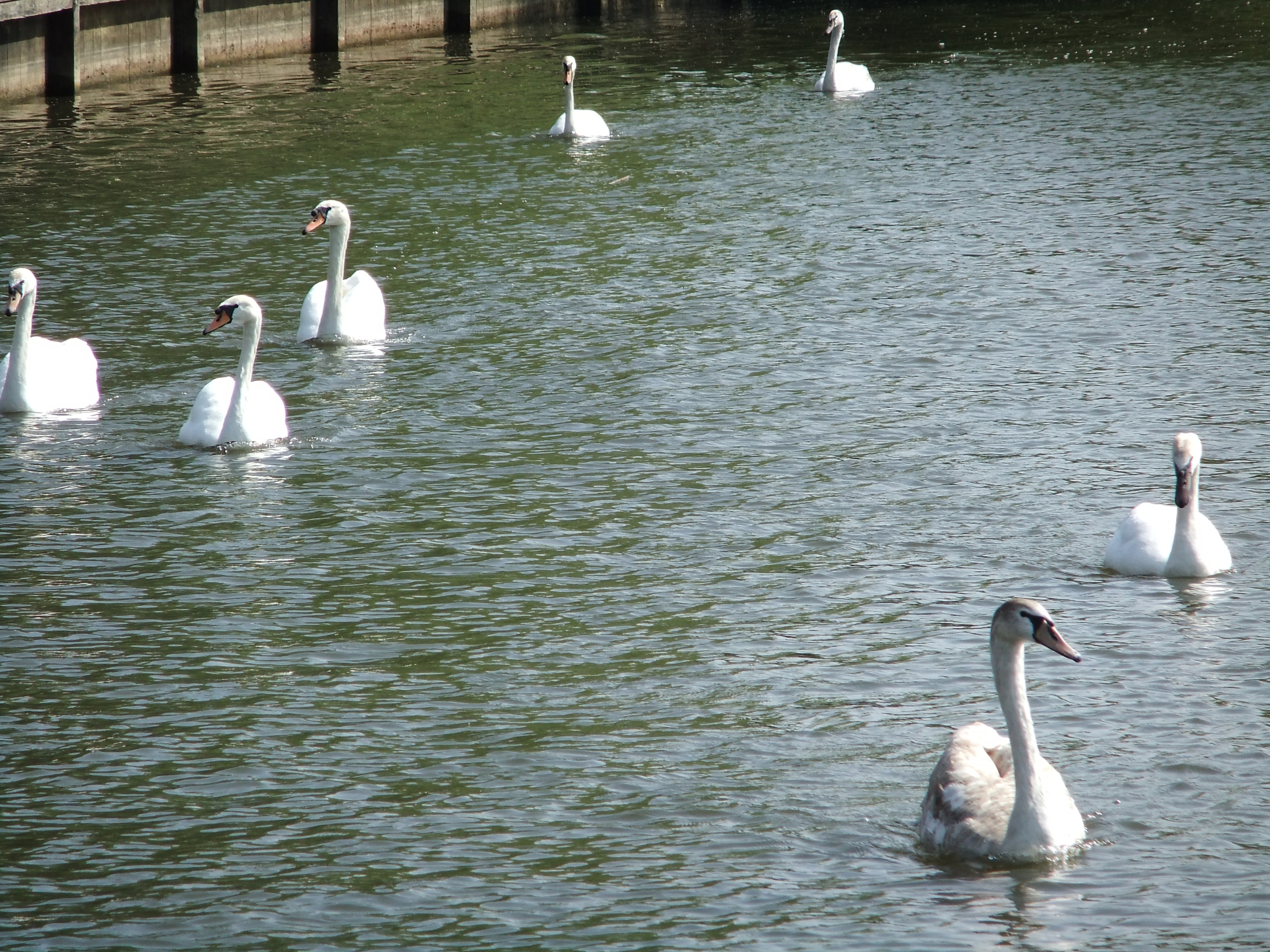 Counting and checking the royal swans

Swan Upping is no tourist gimmick but a genuine tradition in which the swans on the Upper Thames, which are the property of the crown, are counted and health-checked. Abingdon-on-Thames is the end point of the annual survey.

Watch the video about Swan Upping 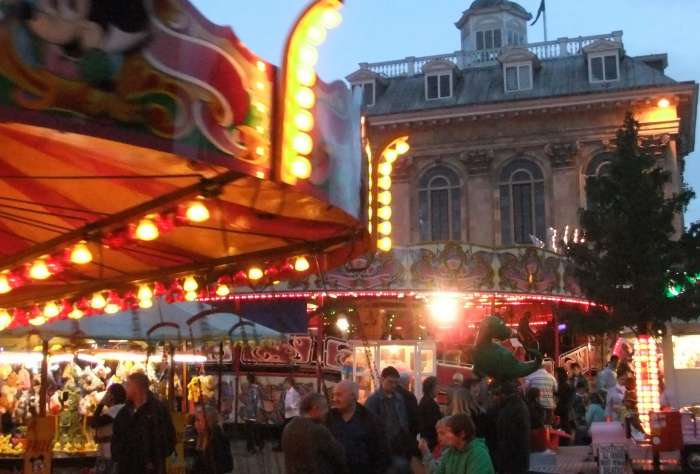 The fair for “runaways” who wanted a different master

The Runaway Fair is the smaller fair on the Monday one week after the Michaelmas Fair in October. Abingdon-on-Thames has a tradition of championing the rights of the common man and this hiring fair was held specifically so that farmworkers and others who had been hired at the earlier Michaelmas Fair, and had found their new master cruel or the conditions intolerable, could quite literally “run away”, return back to the town for another try at finding suitable paid work before the winter set in. To find the exact date of the next Runaway Fair look up October events on the Town Events Calendar. 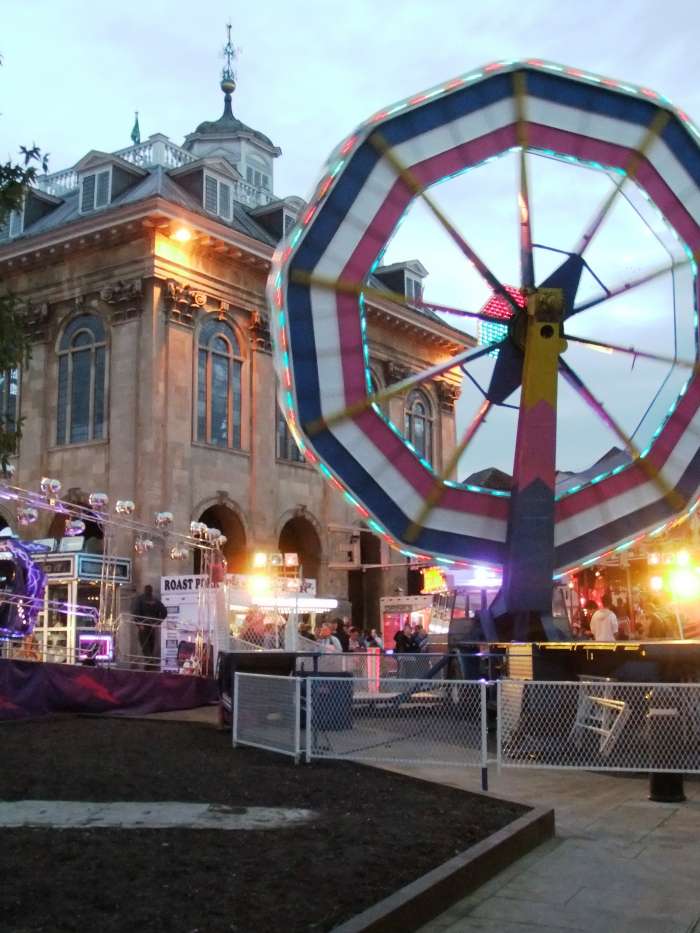 The longest street fair in Europe
8th and 9th October 2018

The Michaelmas Fair was originally a medieval hiring fair for rural farmworkers to find work in the local area around Abingdon-on-Thames. Over the years, more and more stalls and fairground rides were added to make it now the longest street fair in Europe, running a mile down the length of the High Street from the market place and down Ock Street. The three days in October of the Michaelmas Fair are remembered fondly by the older residents even if some no longer head down to the town centre at dusk with the crowds of young people, for whom it remains a highlight of the annual calendar.

Look up October events on the Town Events Calendar. A week later on the Monday the strangely named Runaway Fair follows.

For centuries all the fairs in Oxfordshire and Berkshire have been in sequence, all slightly different to reflect their home town. Some locals and visitors follow the fairs to enjoy the atmosphere.

Abingdon Fair is run by Bob Wilson Funfairs with support from townspeople and Town Council. 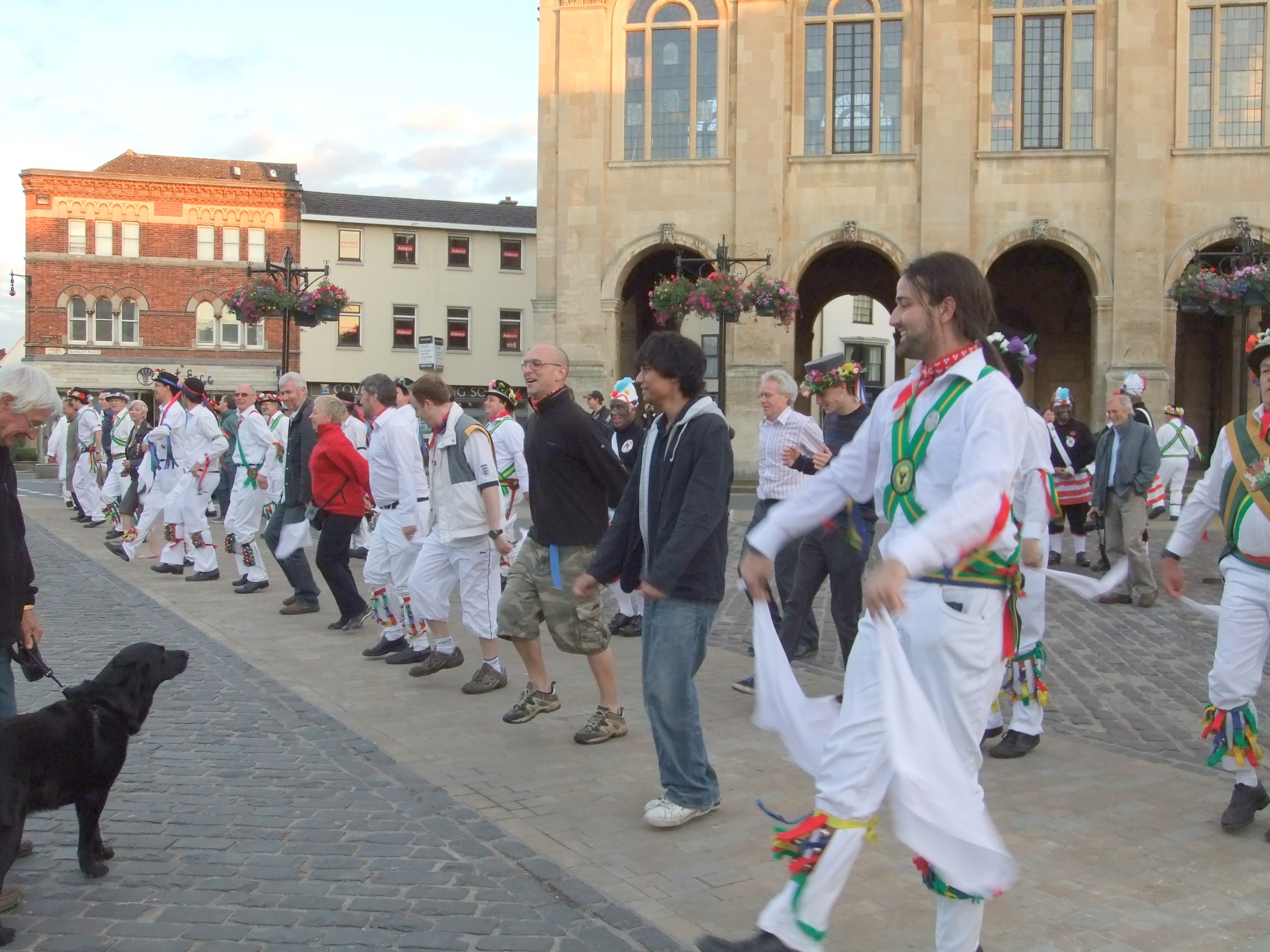 A real election for a Mock Mayor

The Election of the Mayor of Ock Street, an annual tradition in Abingdon-on-Thames, is held on the closest Saturday to the midsummer solstice which suggests ancient roots. As well as being a Morris Dancing marathon lasting from midday into the evening, taking in pubs up and down the street, the day includes a real election, conducted according to strict rules, for the town’s “mock” mayor. Abingdon holds a proud tradition of standing up for the rights of the common man. Ock Street used to be the area where the poorer townsfolk lived in previous centuries and this was their way of appointing a leader and spokesman who could call the real Mayor to account when he forgot about the ordinary townspeople. You still have to live on or near Ock Street to be able to exercise a vote in this election. The new mayor is carried shoulder-high on a litter of flowers back to the market place where the final dance of the day takes place as sun sets. Onlookers join in and the dancing sometimes spills out in to the surrounding streets. This is one of the occasions when you can see the Horns of Ock Street because the Abingdon Traditional Morris side will not dance without it.

The Horns of Ock Street are the regalia of the Abingdon Traditional Morris side, and the symbol of what must be one of the longest standing neighbourhood grudges in history. In 1700, at a town celebration which included the roasting of an ox on the market place, there was a fight over who would keep the animal’s horns, between the lads of Ock Street and the boys from the Vineyard on the northern side of the town. The Ock Street boys continue to flaunt their victory to this day with a cow’s head and horns cast in iron and supported on a pole, decorated and proudly standing over every dance of the Abingdon Traditional Morris.

THIS YEAR THE ELECTION OF THE MAYOR OF OCK STREET TAKES PLACE ON SATURDAY 20th JUNE FROM 12 NOON IN THE MARKET PLACE. ELECTION AT 4PM AT THE BREWERY TAP ON OCK STREET. DANCING AT ALL POINTS IN BETWEEN. 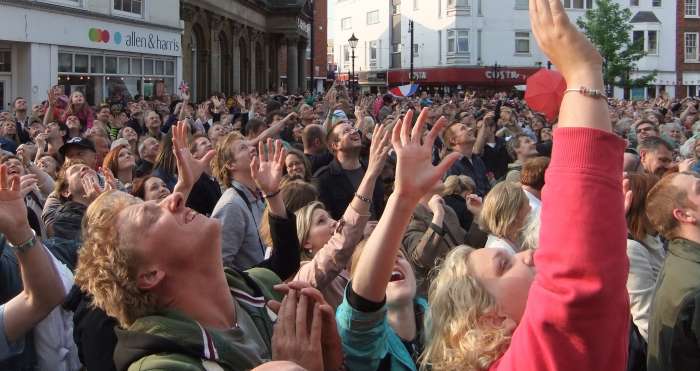 Bun Throwing is the iconic, 400 year-old tradition which is unique to Abingdon-on-Thames. The event is a cross between a ceremony and, well… a bun-fight. Bun-Throwings only take place when the Town Council votes to hold one to mark a royal occasion so in recent years there have been two on the occasions of the 2011 Royal Wedding and the 2012 Jubilee.  Councillors in full ceremonial robes climb to the top of the County Hall and chuck around 4000 currant buns down at the chanting crowds filling the market place below.

The buns are always specially baked for the occasion with a crown design on the top, and are often fought for, hoarded and preserved by local families and visitors. The County Hall Museum has a selection of buns from various Bun-Throwings throughout the years and there is even a local cafe named after the tradition with old newspaper clippings and pictures on the walls. More detailed historical notes on Bun-Throwing: History page