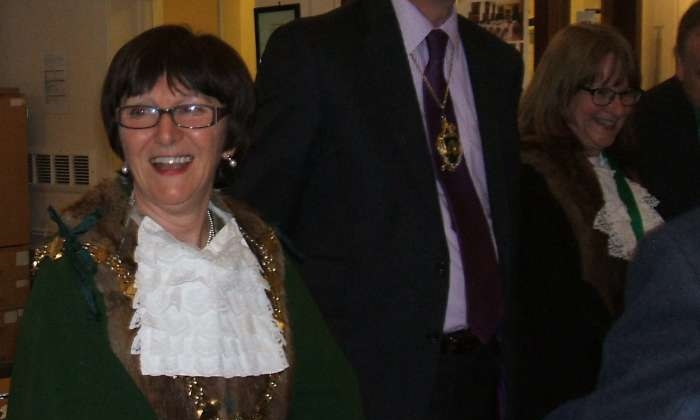 Tonight the present Mayor of Abingdon-on-Thames, Cllr Angela Lawrence, will open the proceedings of the Town Council’s Annual Meeting and preside over the election of the new Mayor.

Cllr Angela Lawrence will be reflecting on her year in office, the success of the charity fund-raising that is a part of Mayoral events and wil give awards to members of the community who have given service to the town.

The handover to the new Mayor is both symbolic and literal as the present Mayor unrobes and hands over all the trappings of the position, including gown and chain of office to the newly elected Mayor. On this occasion the retirement of Mace Bearer, Malcolm Hill, means that the mace will also be handed over to a new pair of hands.

Following this the new Mayor will preside over the first Full Council meeting of the new post-election administration and all committee places will be taken up including the Chairmanship of each committee.

The public are welcome to join the Council at this meeting (7pm in the Abbey Hall) which is all in open session. Refreshments will be served afterwards in the Roysse Room.

Museums at Night 2015
Scroll to top