Lacies Court is the headmaster’s house at Abingdon School but it had a long and colourful earlier history. In the Middle Ages there was a farmhouse here belonging to Abingdon Abbey, and the core of the present house may indeed be medieval. After the Dissolution, it passed to Christ’s Hospital, who rented it out. One of the tenants was Walter Dayrell, a lawyer and an important citizen in Abingdon in the early seventeenth century. Dr Peter Heylyn, clergyman and historian, arrived in 1653 and may have been responsible for building the small timber-framed extension at the west end for his oratory.

The house was acquired by the school in 1895, and in 1902 was radically extended and restored in an Arts and Crafts style by local architect Harry Redfern, a former pupil of the school. He seems to have moved features like doorways and staircases, but he may have also brought some of these in from elsewhere. There was a further major reconstruction after a fire in 1935 when the east end was largely rebuilt. In the 1950s a historic fireplace from 7-9 High Street was installed in the house.

The atom spy, Klaus Fuchs, stayed there in the 1940s when it was lodging for Harwell scientists.

The house is within the grounds of the school and is private property. 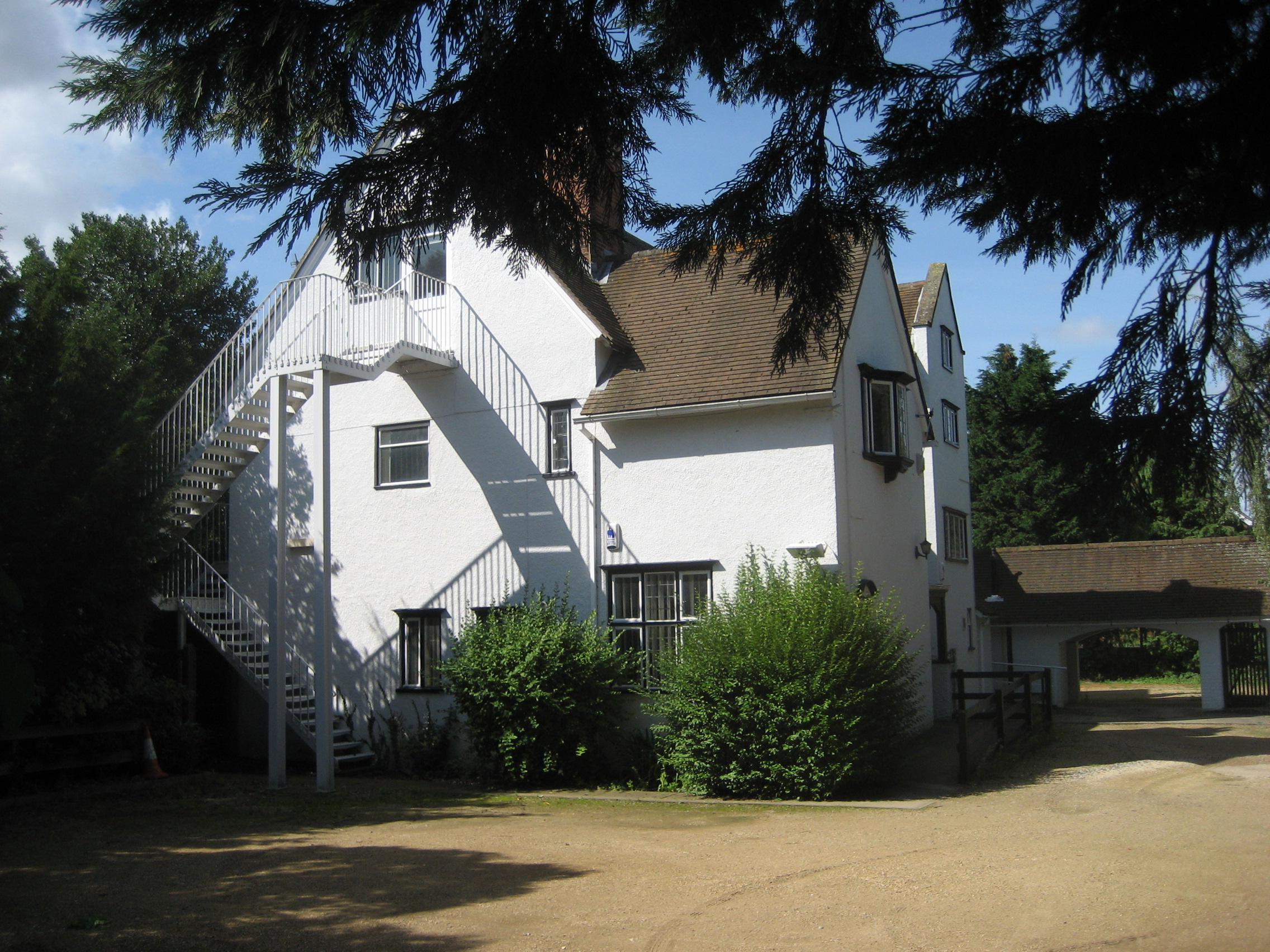 Summerfield was a large house on the west side of Wootton Road, built in 1902 and designed by Abingdon-born Arts-and-Crafts architect Harry Redfern. The client was Thomas Skurray, a dynamic and influential director of the local brewery, Morlands. It was demolished in 2012.

The house consisted of a long east-west range from which two wings projected to the north. The north elevation contained all the architectural panache. Here was the front door, behind a timber porch, then a four-light stone mullioned casement window to the ground floor and some (false) close-studded timber above. The right hand (west) wing contained a stair tower. 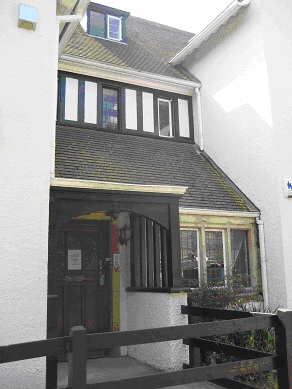 To the west, a hacienda-like wing extended across the property with a central low carriage-arch. This may have been a service wing or a coach-house/store.

By 2008 the interior was compromised by the later uses of the house, and as a result the then English Heritage refused to recommend Summerfield for Listing. However, a number of original features did survive. It was also possible to ignore the modern partitions and see that once inside the front door, an inner porch led to a wide sitting area lit by the stone window. The staircase was a striking feature, open-well to the first floor, closed string above, all in a workmanlike Arts-and-Crafts fashion. 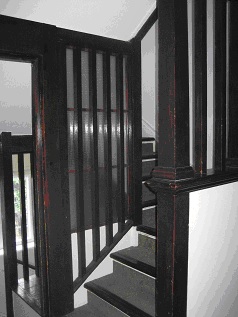 The main reception rooms seem to have been in the eastern part, the best room being that facing the garden to the rear. It had a bay window overlooking the garden, and a feature fireplace – a sort of open inglenook, with a balustrade at one side and an unusual tiled surround to the fireplace. 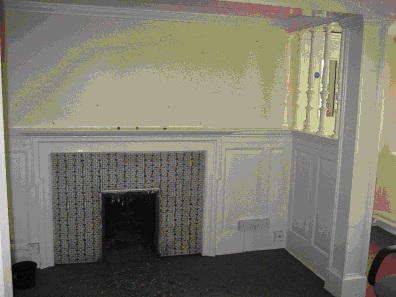 Also on the ground floor the dining room had a further fine fireplace, timbered with a carved frieze. The service rooms were devoid of identifying features, and in particular there was no obvious kitchen, but it must have been close to the cellar area to the rear. 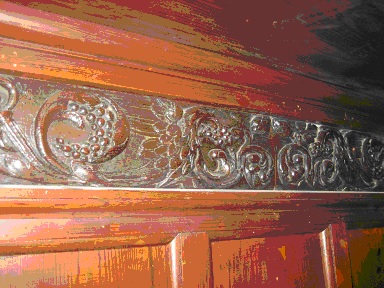 The rooms on all floors faced the garden – the circulation was by a corridor to the rear – also a feature of Mackintosh’s Hill House (Helensburgh, 1902-4). In the bedrooms were some good turn-of-the-century iron fire surrounds with scallop shell decoration, and painted white.

Harry Redfern’s architectural career is described elsewhere. Summerfield seems to be one of his more eclectic works. It contained motifs from a number of periods and regions – the close studding a southern medieval status symbol, the stone mullioned window a late medieval Cotswold feature, while from the seventeenth century were the stair turret and an oriel window. The render on the house echoed Voysey and Mackintosh, while the latter’s influence could also be seen in the floor plan. Baillie Scott was also influential, as at Redfern’s work at Lacies Court nearby, although here it is mainly external – we have no internal double height hall – but the inglenook fireplace has echoes of Blackwell. The sitting area near the front door is packed with Arts-and-Crafts features – the stone mullioned window, the timber framing of the staircase, and a space for meeting, speaking or waiting, doubtless very useful and innovative. One feature which was not present before demolition was a window illustrating Noah’s Ark by Sir Laurence Weaver. No record has been found of when this was removed, or where it is now.

The possible original layout is shown below: 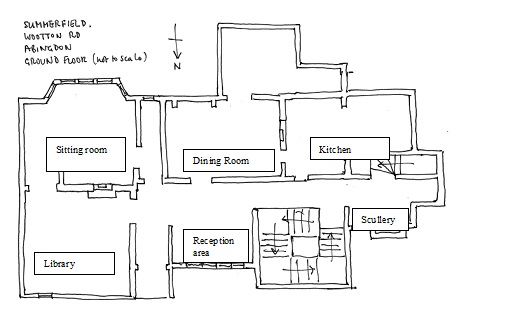 Criticised by the locals when built as ‘modern, art nouveau, and Cotswold’ – a comment that today would be regarded as praise – Summerfield was a house which probably emerged from a close interaction between client and architect, resulting in an appealing blend of styles, none of which jarred, and the result was one of Redfern’s best domestic buildings. A number of original internal features remained, and, with modern partitions stripped out, it could relatively easily have been returned to the grand family home it once was. Sadly this was not to be. Skurray died in 1938 and after lying empty for a couple of years, Summerfield was acquired by Berkshire County Council as an Evacuee Clinic – for children who were unable to settle into their new environment. It remained a clinic throughout the 1950s, with a resident Matron, Miss E L Walker. When the Vale of White Horse became part of Oxfordshire in 1974, Summerfield was transferred to the County Council, as an outpost of their Social Services department. Before demolition it was occupied by Champion Employment, and there is now a block of sheltered apartments on the site. The name, ‘Summerfield’ lives on, however, at the offices that the County Council built on its garden.