Come and see the Lion King and support local charities 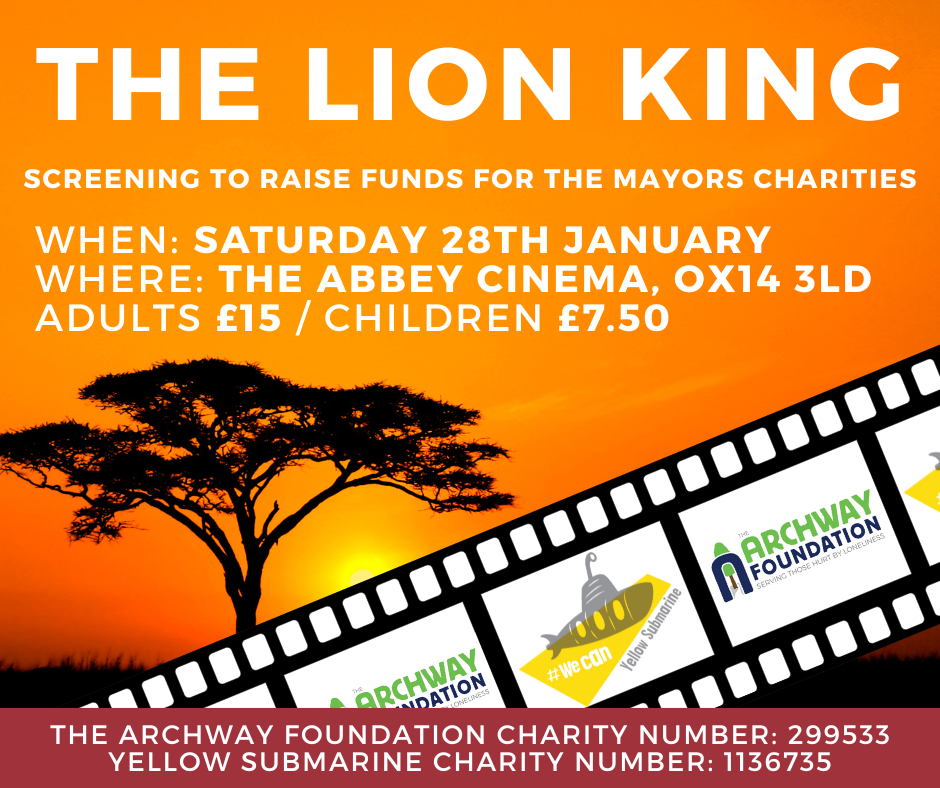 The Mayor of Abingdon-on-Thames, Cllr Andy Foulsham and Mrs Sally Foulsham invite you to a Charity Film Evening on 28 January 2023.  In partnership with the Abbey Cinema, we are presenting ‘The Lion King‘ for an evening that will suit all ages.

As well as the film screening we will have a raffle, merchandise from the Mayor’s charities and a bar, and a very special message from one of the film’s stars, Jeremy Irons!  Come dressed casually for a relaxed evening, or dress up for a night with the stars, or even go for an African savannah theme for a night to remember.

You can book tickets through the Abbey Cinema website.

Learn about community schools, transport and public areas. Learn more
Footer
Come along to our clubs and societies day on 18 March 2023