Latest news: Mayor’s Christmas Party for 70s and over – tickets available from 1 December 2022
Read more
Latest News
You are here: Home1 / News2 / In Remembrance of Dr Vernon Butt one year on
Main content 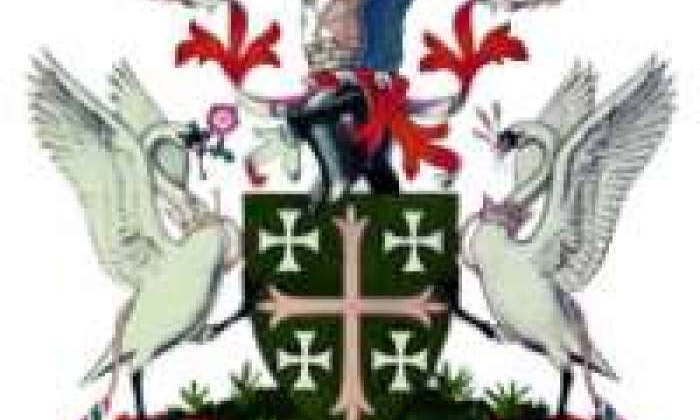 A year ago Dr Vernon Butt passed away at the age of 97.

Vernon was both a Freeman of Abingdon and a Past Mayor and it is our practice to fly the town flag at half-mast from the Old County Hall (Museum) in these circumstances.  At the time the flag pole needed repair and we were unable to fly the flag.  Consequently we are flying the flag at half-mast now to commemorate the anniversary of Vernon’s passing.

Vernon was a Town Councillor from 1991 to 2003 and was Mayor during the civic year 1996/1997. He was also a Vale of White Horse District Councillor, serving as Chairman of the Vale from 2000 to 2002. Vernon was elected as a Freeman of the Town in July 2003, the highest honour the town can bestow. Vernon served also served the community as  a governor of Abingdon School and a founder governor of Long Furlong Junior School.  He had been associated with St Michael’s Church since 1958,  President of Abbey Brass, Honorary President of Abingdon Artists and he contributed to the work of the Abingdon & District Citizens’ Advice Bureau through the Trustee Board and the Friends.

Vernon had a long and distinguished academic career, obtaining a PhD at Bristol University and being elected to a Fellowship of Pembroke College Oxford in 1965, where he was a lecturer in biological science and for a number of years had the role of deputy to the head of the College (Master).  He was an Emeritus Fellow of Pembroke and continued research in to his nineties.

There is of course much more which could be said of Vernon. He will be fondly remembered by all who knew him.  He was a very humble person with a strong Christian faith.  He was a friendly, hard working councillor with a good sense of humour and a sharp mind who brought his many talents to us in the Council Chamber and beyond.

One year on we all miss Vernon and remember him and his work for our town.