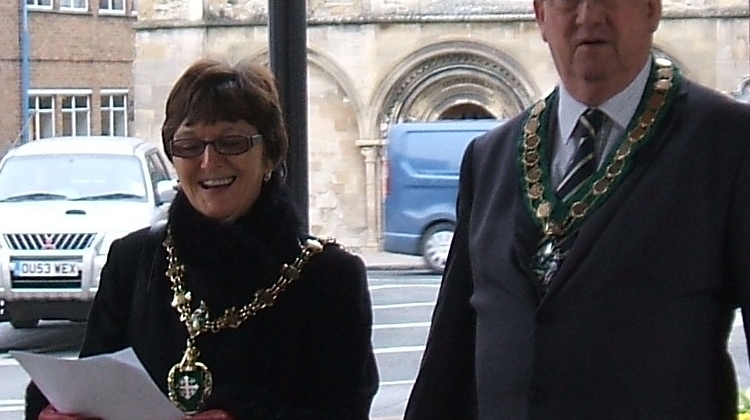 We might be looking up into a grey and gloomy sky today but the blue of the Commonwealth flag is fluttering bravely above the County Hall Museum. At 10 o’clock this morning the Mayor of Abingdon-on-Thames, Cllr Angela Lawrence, and the Chairman of the Vale of White Horse District Council, Cllr Mike Badcock, marked the raising of the flag for Commonwealth Day by reading out messages from the Queen and the Commonwealth Secretary General.

Kamalesh Sharma, the Commonwealth Secretary General, sent his best wishes to all involved in flag flying ceremonies, saying that the inaugural year of this initiative, 2014, had shown that it was a successful way to “bring greater understanding and appreciation of the values and principles of the Commonwealth Charter to which the governments of all 53 Commonweatlh countries are committed, and to which each of us as individual Commonwealth citzens can recommit ourselves on Commonwealth Day.”

For further information about the purpose and meaning of Fly a Flag for the Commonwealth please click here.