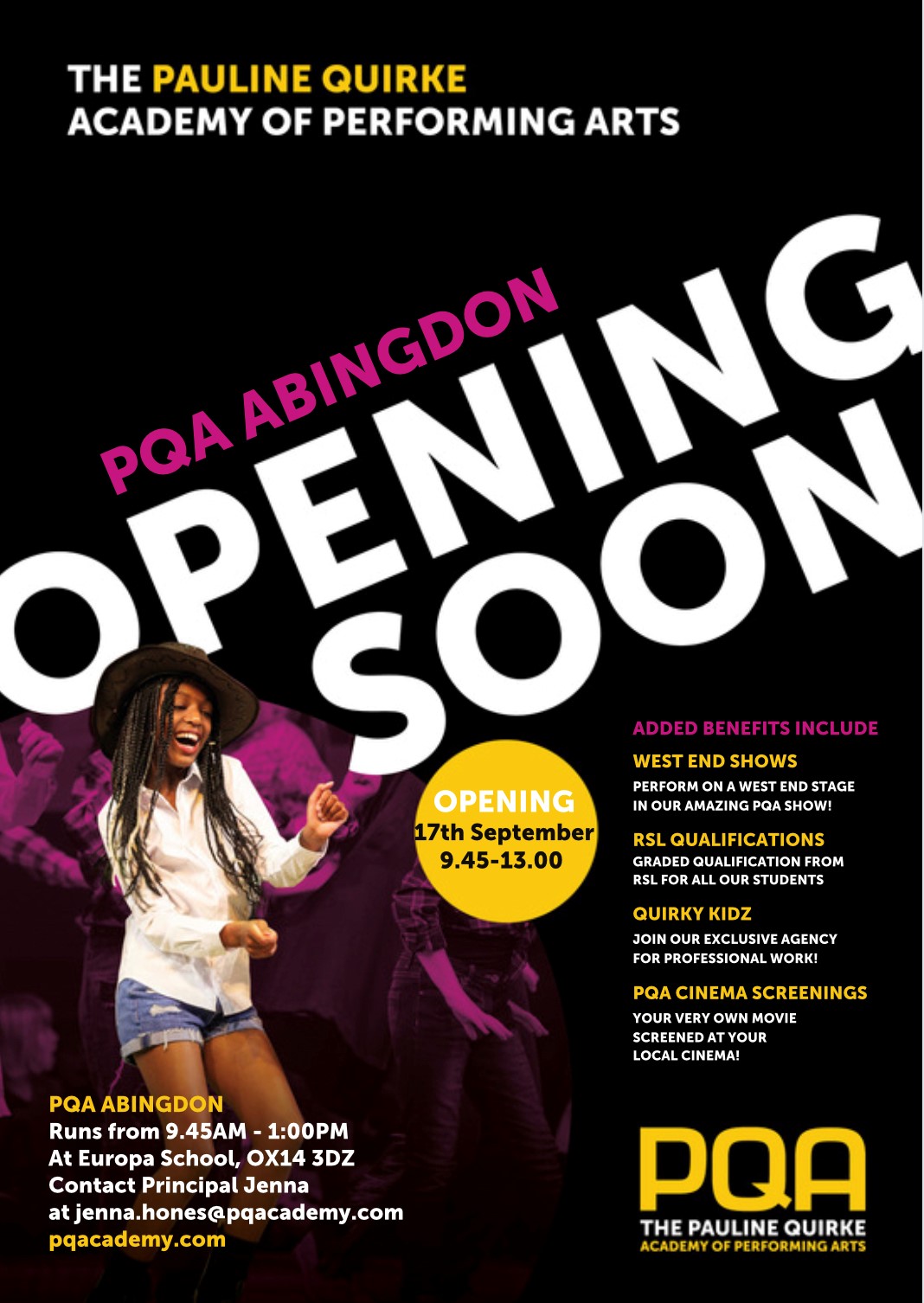 PQA is launching a brand new academy in Abingdon this September.

PQA is a weekend performing arts Academy with over 200 Academies nationwide, providing tuition for children and young people from 4-18 years.
Since 2007, PQA has given outstanding performing arts training in an environment that is friendly, safe and rewarding. Students spend three hours with us, rotating through hour-long sessions in Comedy & Drama, Musical Theatre and Film & Television. We provide a space for children and young people to express themselves, build confidence and, most importantly, have fun!