Abingdon has built up close links over many years with four twin towns – Argentan in France, Lucca in Italy, Schongau in Germany and Sint-Niklaas in Belgium.

There are also close connections with Colmar in France which is twinned with the Vale of White Horse District Council.

Argentan became Abingdon’s first twin town in 1956.  It is in Southern Normandy and is comparative in size to Abingdon.  Argentan lies in beautiful countryside, amongst stud farms and the Route du Fromage.  The town hosts the annual Quasimodo Agricultural Fair the weekend after Easter, a colourful event at which Abingdon is always represented. 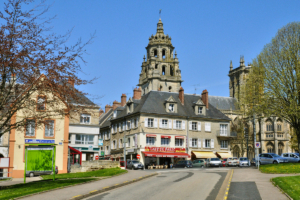 In 1967 Sint-Niklaas, situated in the heart of Flemish Belgium between Antwerp and Ghent, became Abingdon’s second twin town.  At that time it was a small town set to grow very quickly.  Sint-Niklaas now boasts the largest Market Square in Europe where each September the end of the Nazi occupation is remembered and celebrated in an international hot air balloon festival.

Sint-Niklaas was already twinned with the towns of Colmar, Lucca and Schongau.  As the Borough Council was keen to promote twinning links with European countries at this time, Abingdon soon became twinned with Schongau (1970) and Lucca (1972). 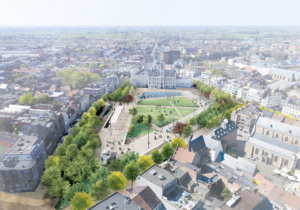 Schongau is a delightful walled old town situated in Bavaria.  It has an important paper industry and close by are King Ludwig’s castle at Neuschwanstein and Oberammergau, famous for its Passion Plays. 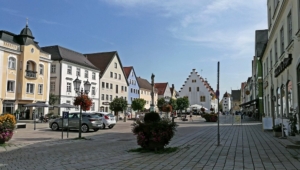 Lucca in Tuscany is another beautiful walled town and the birthplace of Puccini, among others.  It is famous for its olive oil and has an extensive printing industry, giving it a shared interest in paper with Schongau. 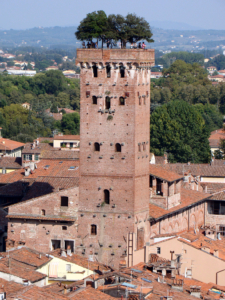 As Abingdon was already twinned with a French town, Colmar twinned with the wider Vale of White Horse District Council.   Colmar is the capital of the Alsace wine-producing region and is close to the river Rhine and the Vosges Mountains.  The old town is particularly beautiful with its cobbled streets and many half-timbered buildings of the 16th and 17th centuries. 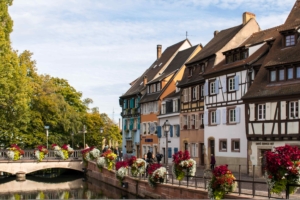 As Abingdon, Lucca, Schongau, Sint-Niklaas and Colmar are twinned with each other, together we form part a unique five-star twinning arrangement.

Enquiries about twinning in Abingdon can be sent to enquiries@abingdon.gov.uk.

Abingdon has a very active twinning society, the Abingdon & District Twin Towns Society, who organise many twinning events as well as visits to and from our twin towns.