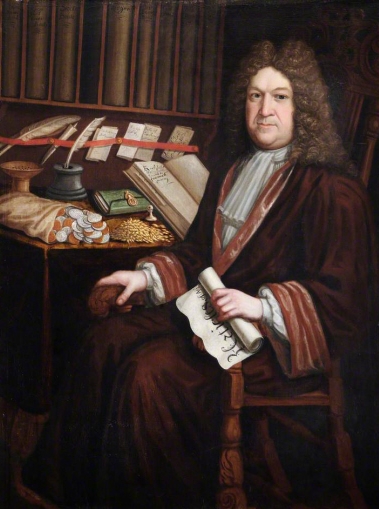 The Tomkins were a large family who were particularly prominent in Abingdon from the mid-seventeenth to the late nineteenth century. As maltsters, in an industry that was in rapid expansion at least until the late eighteenth century, some family members became very wealthy. They used their wealth for prestige building projects which embellished the town, but also for the benefit of the local Baptist congregation of which they were among the leaders. As religious dissenters, they were excluded until the nineteenth century from direct participation in the town’s government and from becoming principal burgesses or governors of Christ’s Hospital; yet as major employers, as landlords, and as important contributors to Corporation finances, they were always influential.

The rise of the Tomkins can be dated from 1646 or shortly before, when Edward Tomkins purchased a property in Ock Street that either included or gave room for the building of a malthouse. His second son John became rich by malting, and was also an early member and one of the financial backers of the Baptist community founded in Abingdon about 1650 by John Pendarves. When Dissenters were tolerated after the death of Oliver Cromwell he was given a government post as militia commissioner for Berkshire, but this period proved brief and he was soon dismissed. After the restoration, he and other family members were frequently in court for their religious dissent, but he was prominent enough to be invited to stand for Parliament after the ‘revolution’ of 1688. He refused the nomination.

John’s son Benjamin became even richer. He was the great builder of the family, responsible both for Stratton House in what is now Bath Street and the Clock House in Ock Street. He had his portrait painted, and there is a tradition that he showed off his affluence by having his wife and himself carried by sedan chair the few steps from the Clock House to the Baptist meeting room. Benjamin’s son Joseph bought and extended the malthouse that still exists as a building at the bottom of East St Helen Street opposite St Helen’s Church, and Joseph’s son, also Joseph, was responsible for Twickenham House in the same street.

Benjamin’s will gave the old Ock Street premises as a site for the Tomkins almshouses, with an ample endowment. He also provided for the residence and maintenance of the Baptist minister and set up various other charities, including some that were not limited to his co-religionists. These were developed and added to by later generations of Tomkins, and in the report of an official enquiry into Abingdon charities in 1905 the Tomkins name still appears frequently among their administrators and trustees.

In the later eighteenth century, having more cash than they could invest, the younger Joseph Tomkins with a brother and a Tomkins cousin diversified into banking. In 1777 they set up what became the Abingdon Old Bank. The venture was only moderately successful. In the next generation, control of the bank passed gradually into the hands of the Knapps. At the same time, the malting industry declined into insignificance. The bank finally failed in 1847.

But before then a new generation of Tomkins had come to the fore. John Tomkins was a mercer who set up the clothing firm of Tomkins and Harris, with headquarters in the part of the High Street known as The Narrows. They employed hundreds of outworkers to make the clothes they sold. There was now a significant change in the social position of the family. John Tomkins had ambitions in local politics; he became a member of the Council in 1836, was four times mayor and three times Master of Christ’s Hospital. John seems already to have left the family’s Baptist tradition behind, and in 1856 his brother Charles, his sister Elizabeth and several other family members openly converted to the Church of England.

John’s son, also John, succeeded him both in his business and in civic affairs; he was five times mayor. After his death in 1912, the Tomkins family was far from extinct in Abingdon, but it had long ceased to be a mainstay of the local Baptist community.