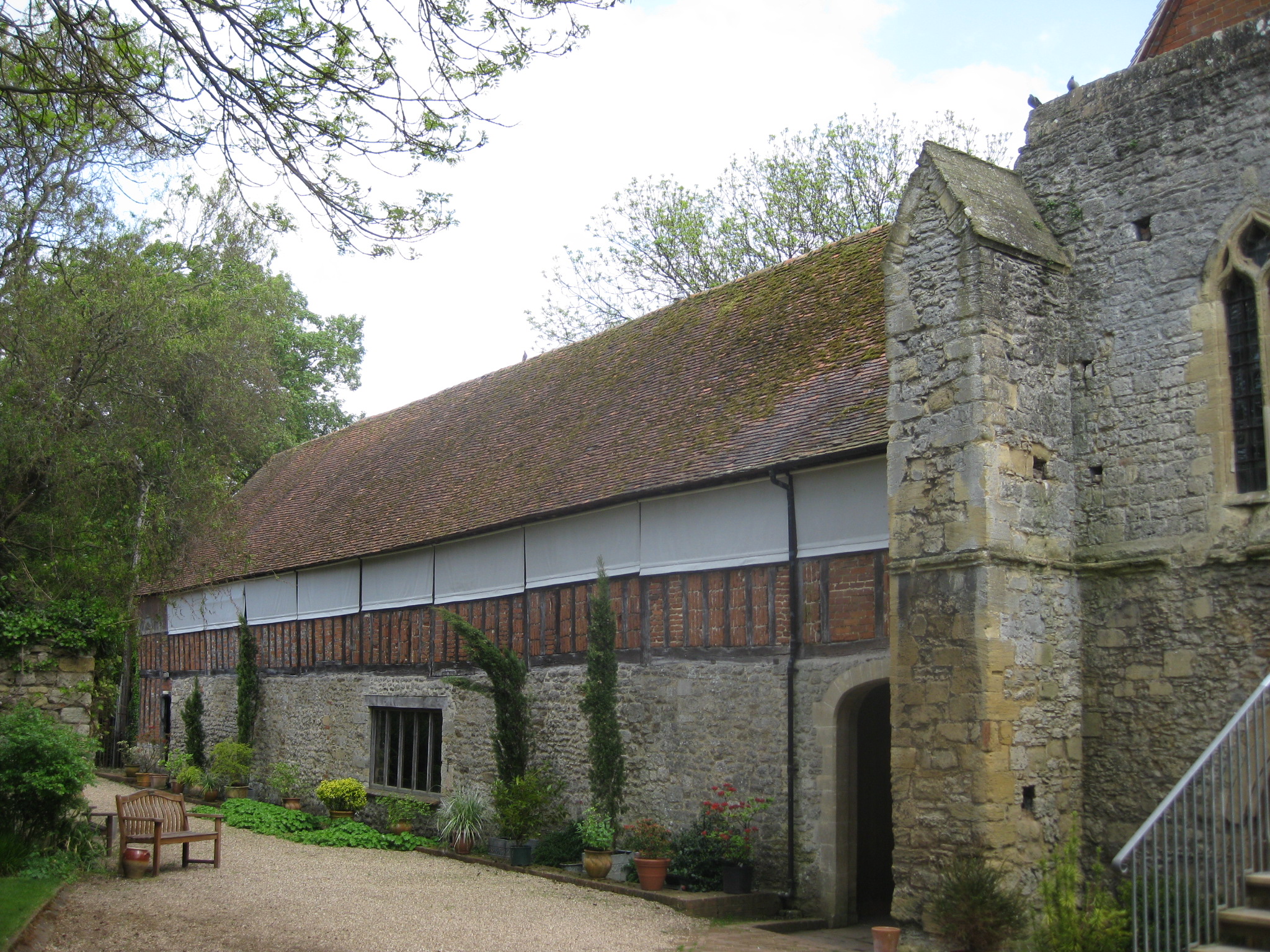 The Long Gallery is one of the few surviving buildings of the great medieval abbey of Abingdon. Recent tree-ring dating has established it was built in 1455, and the quality of the carpentry shows it was intended as a high status building. The ground floor was probably a stable or store-room, while above were two large heated chambers, with three ante-rooms at the west and a single chamber and staircase at the east. It was probably a guesthouse for visitors as the layout is similar to lodging ranges at other monastic foundations and great houses, with rooms leading off a covered passage. The partitions had been removed before 1547, allowing it the space to be described then as a ‘longe gallery’.

The inscribed portcullis, badge of the Beauforts, on the fireplace lintel opens the possibility that this is where the Earl of Devon or his entourage stayed in 1458 and where he died. The earl was a prominent participant in the Wars of the Roses, and his death was suspiciously sudden.

Following the Dissolution the building was acquired by William Blacknall, a miller, who may have created the domestic apartment (with fireplaces and wall-painting) at the east end, while the rest of the building was used for his business. It was used later for malting and brewing. This use continued until the end of the nineteenth century when it was purchased by the Corporation, repaired and opened to the public. In the 1940s it was acquired by the Friends of Abingdon.