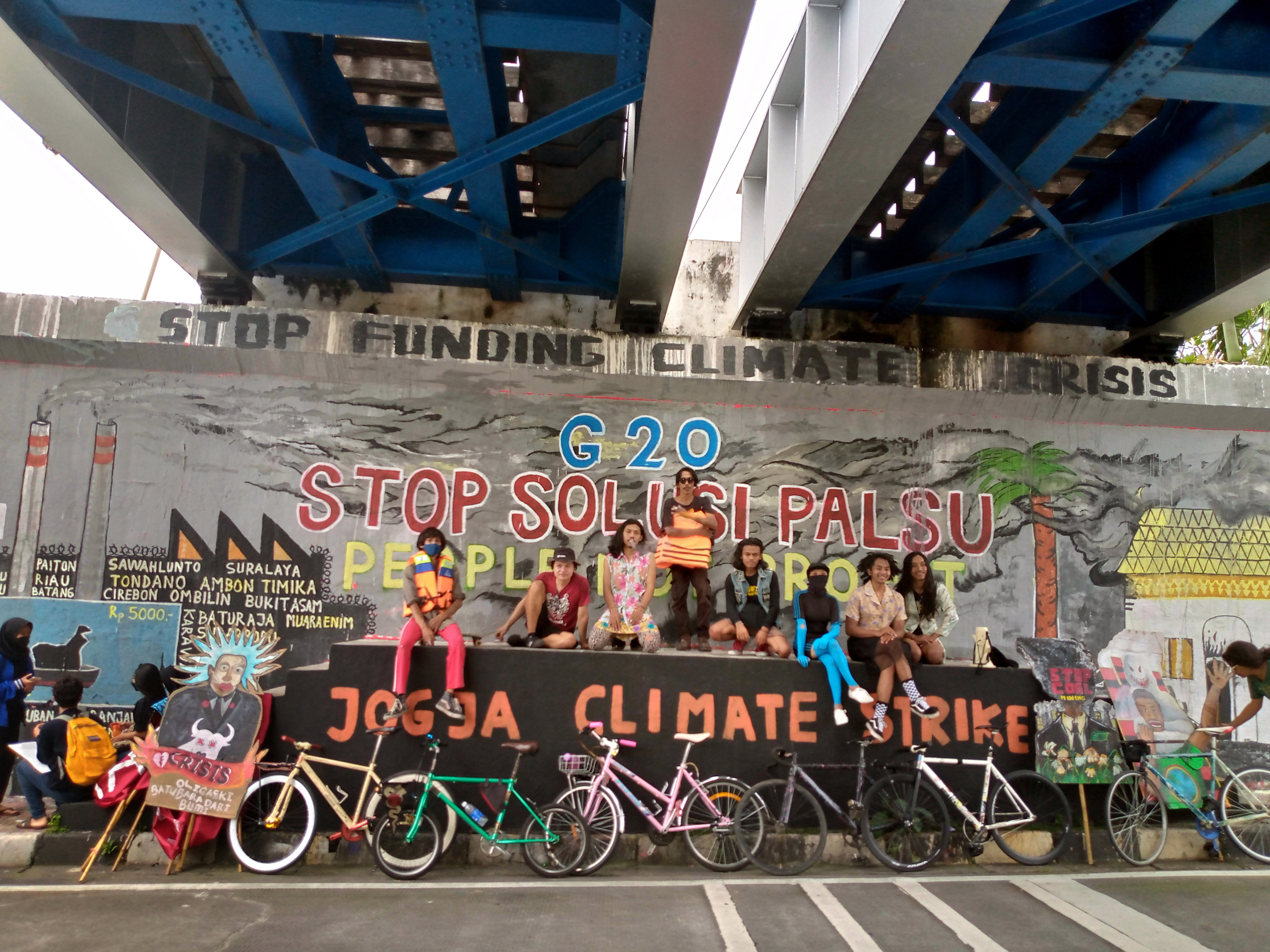 ‘Art of Protest’ is a showcase of work from artists living in Jogjakarta, Indonesia. Where many forms of protest are restricted, art is used to raise awareness, express anger, and voice resistance.

Fossil Free Jogja (FFJ) is part of Fossil Free Indonesia, which is a global movement to end the era of fossil fuels and build a community-led world of renewable energy that is equitable for all. FFJ have creatively targeted fossil fuel funding banks through painting a ‘portrait’ of the bank, then spraying ‘Stop Funding Climate Crisis’ over them. Their Earth Day performance was captured via a drone and depicted a ‘solar panel dance’ with the message that renewable energy is for now and the future. FFJ global climate strike involved creating a huge public mural depicting coal power stations and the words ‘Stop Fake Solutions. People, not Profit’. A selection of work from the ‘Echo Justice’ exhibition that was held at the Soboman 219 Artspace, will also be exhibited. Come and view the work created by activists living on the front line of the Climate Crisis.

Come along and enjoy a slice of homemade cake whilst you view the artwork on show.