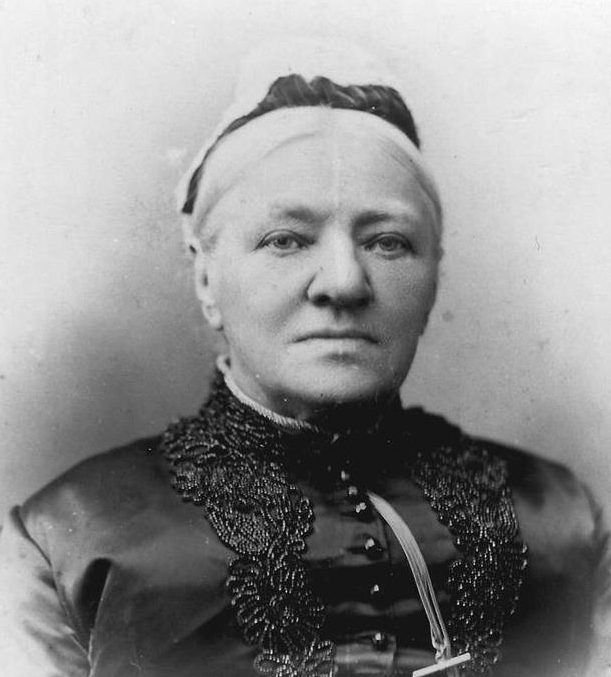 Charlotte Cox was one of the 229 women whose names are on the Register of Nurses sent to the Military Hospitals in the East during 1854‑6. They looked after wounded and sick soldiers during the Crimean War, under Florence Nightingale’s direction.

Charlotte Cox was born on 30 April 1817 in Ock Street, Abingdon, the daughter of Stephen Cox, a carpet weaver, and his wife Ann. She grew up in Abingdon, and a month before her twentieth birthday married William Higgins, a carpet weaver, in St Helen’s Church. Sadly her husband died six years later leaving her a widow of twenty-six with two young daughters.

Two years later she remarried. Her second husband was William Wilsdon, a gardener, but by the time she was thirty-three, she had been widowed again. The 1851 census shows her living in Friars Wharf in Oxford with her two daughters and two lodgers, and working as a tailoress.

The Crimean War broke out in 1854. Reports in The Times described the appalling living conditions that British soldiers had to face, with deaths from disease and malnutrition much higher than those from battle. Florence Nightingale was appointed Superintendent of the Female Nurses in the Hospitals in the East and arrived at the hospital in Scutari (near Constantinople) in November 1854 with the first thirty-eight nurses.  The nursing care she organized led to a dramatic improvement in the survival rate of wounded soldiers.

Cox had very probably gained some nursing experience during the cholera and smallpox outbreak in Oxford in 1854. She must have volunteered to join the Crimean War nurses, and was one of a party of twenty-seven women who made the twenty-three day journey to Constantinople in March 1855 under the care of a superintendent and a chaplain. When she arrived, she was employed at the General Hospital in Scutari. 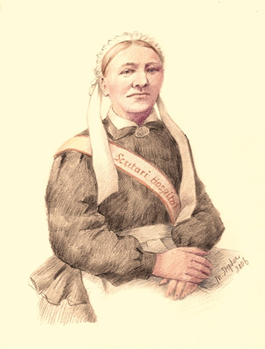 Drawing by Marjorie Stephen (Reproduced by kind permission of the artist.)

In May 1856, after a little over a year at Scutari, Charlotte Cox was invalided home.  Florence Nightingale, in a letter written at the time, described her as ‘a kind, active, useful nurse and a strictly sober woman’.

Three years later, back in Abingdon, she married for a third time. Her third husband was William Andrews, an engine driver and a widower. Cox took on the care of three young step-children, but was widowed again by the time she was fifty-two.  She then seems to have continued living in Abingdon for more than another twenty years and was described in the censuses as having independent means possibly, according to a family story, due to gifts from soldiers she had nursed.

Towards the end of her life, Charlotte Cox lived in Swindon with her daughter Harriet. She died in Swindon on 22 March 1896 at the age of seventy-eight.