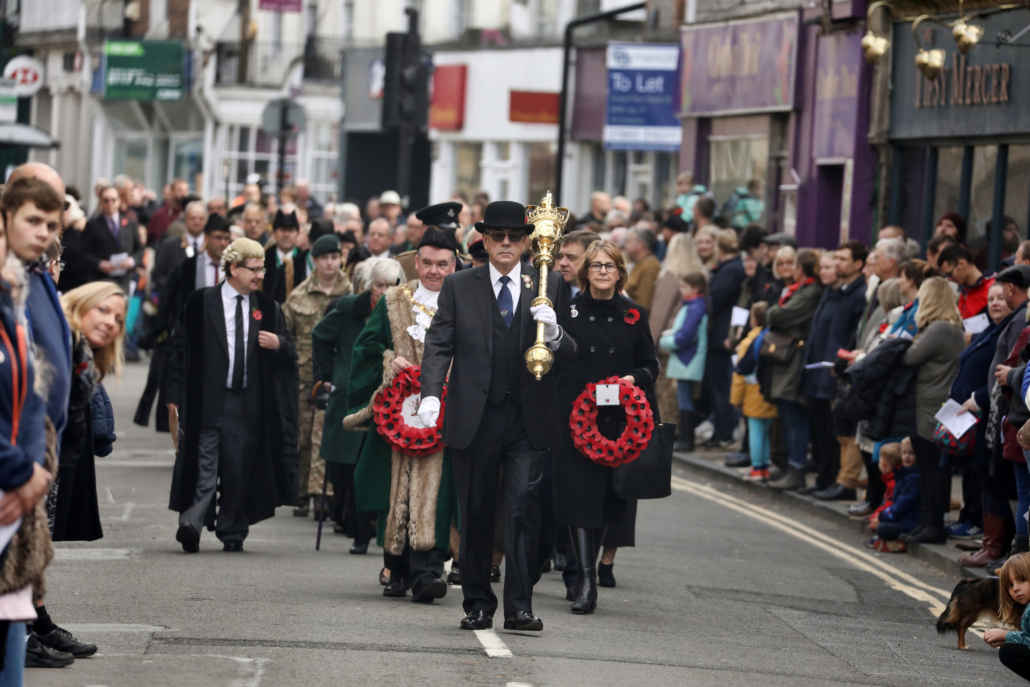 A large crowd gathered in the town centre on Sunday 13 November to mark the annual Remembrance commemoration.  Representatives from the town council, led by the Mayor, were joined by the Deputy Lord Lieutenant, representing the King in Oxfordshire, officers and members of the Royal Logistics Corps based at Dalton Barracks, army, sea and air cadet forces based in Oxfordshire,  and representatives from the Scouts and Guides from all ages.  The Mayor was accompanied by the three Mayor’s Cadets who were chosen in May 2022.

The service of commemoration, led by Revd Dr Charles Miller from St Mary’s Church, was followed by the laying of wreaths by representatives from a number of organisations, all managed by the Royal British Legion.  The ceremony was followed by a march past under the County Hall where the Mayor of Abingdon took the salute.

The Abingdon Rotary Club (Vesper) helped to give out leaflets and the town council’s Outdoor Services Team managed the event with their usual professionalism, supported by Oxford Security. 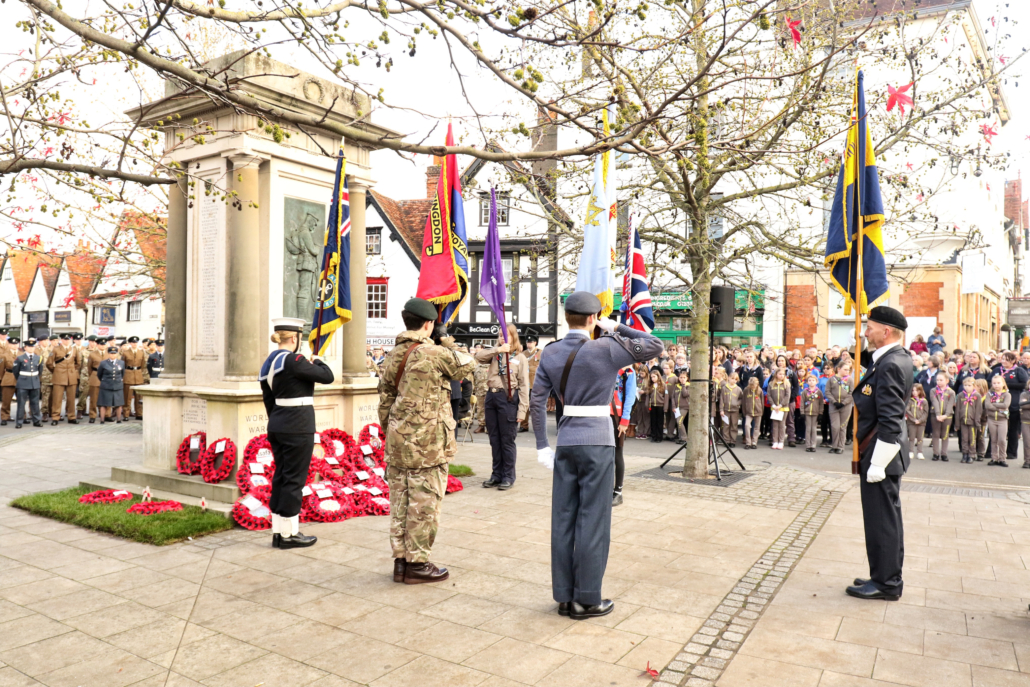