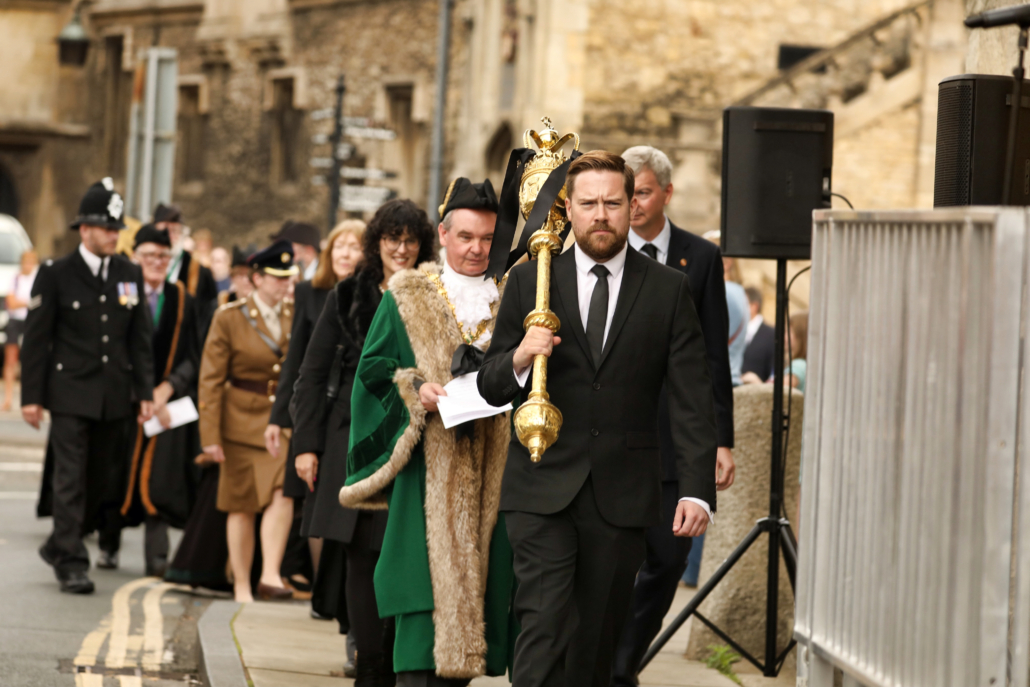 On Sunday 11 September 2022, the Mayor of Abingdon, Cllr Andy Foulsham proclaimed the new King, Charles III.  The proclamation in Abingdon was attended by dignitaries including former Mayors of Abingdon the MP, Layla Moran, the Deputy Lord Lieutenant Robert Kirtland, the commanding officer of the 3rd Regiment, Royal Logistics Corps and representatives from Thames Valley Police. 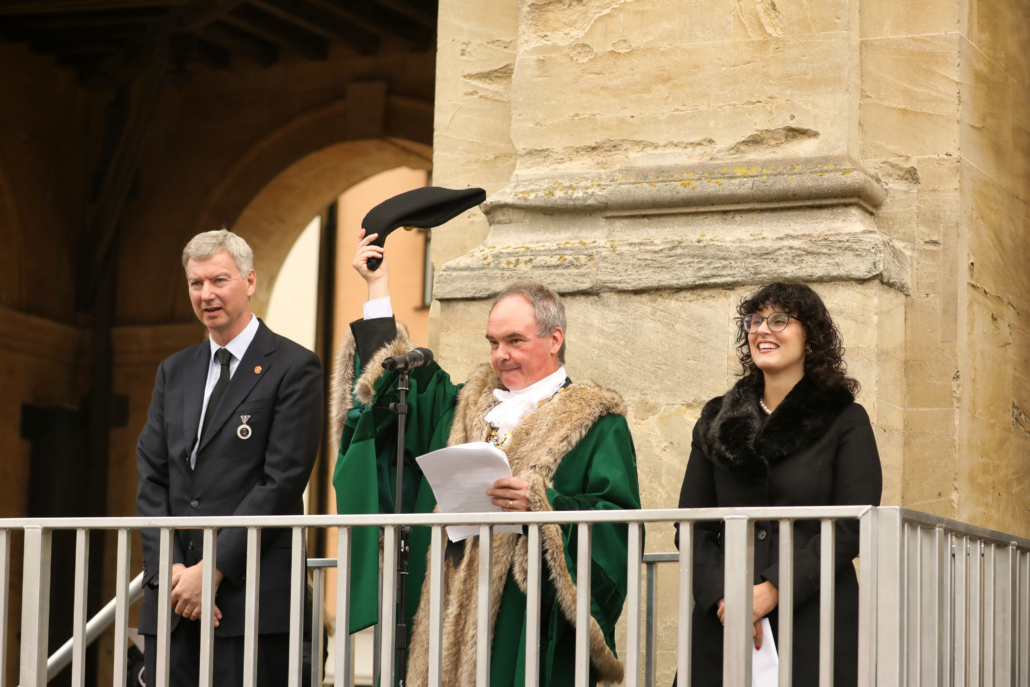 After the proclamation was read out, the Mayor led the assembled crowd in singing the National Anthem with the words ‘God Save the King’ for the first time since 1952.

The Union Flag was flown at full mast for the day of the proclamation but has now returned to half mast to honour Her Late Majesty Queen Elizabeth II and will remain so until the day after her funeral on 19 September 2022.

A video of the proclamation can be viewed here (external site which contains adverts).

Proclamation of the accession of the new monarch, 2pm
Scroll to top