Latest news: Celebrate the Platinum Jubilee at the Meadow Festival – NOW FREE FOR EVERYONE
Read more
Latest News
You are here: Home1 / Arts & Culture2 / Sad news regarding the cancellation of the 2020 Michaelmas and Runaway...
Main content 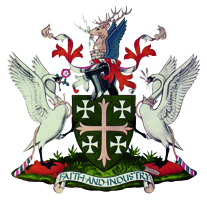 The Abingdon Michaelmas and Runaway Fairs will not take place this year. The difficult decision to cancel was taken by Abingdon Town Council after much deliberation at a Council meeting last night (9th September 2020).

Working closely with the organisers, Bob Wilson Funfairs Ltd, in consultation with the Showmen’s Guild; and taking advice from other regulatory bodies, concerns remain about the impact the fair could have on the town, given the anticipated size of the crowd and the risk that poses to public health.

The disappointing news follows in the wake of the recent cancellation of St Giles’ Fair in Oxford, Witney Feast and the Thame Fair.

Abingdon Town Council would like to thank everyone involved for their efforts in trying to find a way to allow the Fairs to go ahead and looks forward to working together next year for successful outcome for 2021.

The Mayor of Abingdon, Cllr Charlie Birks, said: “It is frustrating that in such an unsettling and unpredictable time, our much loved and historic autumn fairs such have been added to the list of events cancelled this year but protecting large numbers of people in open spaces is challenging and complex, even when there is no pandemic to take into account. We know that the situation regarding the pandemic is ever changing, with the government announcing further restrictions yesterday. We are deeply disappointed to have to cancel the Fairs, it is a blow for the town and for the showmen whose livelihoods have suffered so much. All parties worked hard to see if the Fairs could proceed but we have come to the reluctant conclusion that we had to cancel this year. We hope the Fairs return to their rightful place in our town’s life in 2021.”