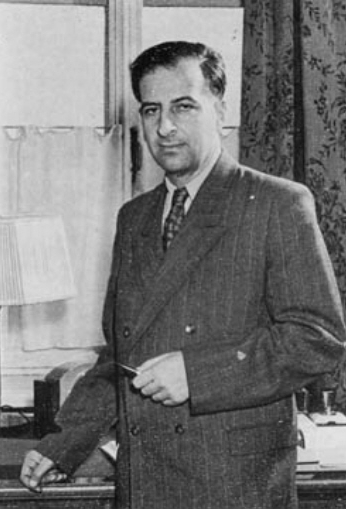 The unassuming semi-detached house at 5 Letcombe Avenue was a centre of world-wide attention in October 1950. It was the home of a Harwell nuclear scientist,  Bruno Pontecorvo, and he and his family had mysteriously vanished. 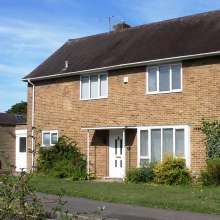 They had left for a holiday in Pontecorvo’s native Italy, and had failed to return. It was a time of hysteria over ‘atom spies’ passing details of Western nuclear weapons research to the Soviet Union. Earlier in the year, Klaus Fuchs had been unmasked as one such spy. Was Pontecorvo another?

Bruno Pontecorvo was one of the top physicists of his time. He had been working in Paris in 1940 when the Germans marched in, and escaped via Spain and Portugal to the United States. In 1943, he moved to Canada, joining an Anglo-Canadian team working on nuclear reactors. After the war, he came to England, became a British subject, and continued his research at Harwell. What he had failed to tell any of his employers was that he was a convinced Communist and therefore probably sympathetic to the Soviet Union.

In 1950 the security services realised this. He was subjected to what must have been a very painful interview, his security clearance was withdrawn, and he was found a new job teaching physics in Liverpool. It was at that point that he took his holiday. While in Italy, he was contacted by KGB agents with the news that he was being investigated by the FBI in America, and it seems to have been this that convinced him to make his move. When he finally showed up in Moscow, he claimed political persecution as the reason for his flight

His career continued successfully in the Soviet Union, where he did work of quality that could have put him in line for two separate Nobel Prizes, which eventually went to others. Whether he really had passed secrets to the Russians has long remained a matter of debate.