The organ blowing chamber in St Helen’s churchyard, Abingdon, is an excellent example of a little-known building type. Air for church organs was first supplied by means of hand-pumped bellows, but by the twentieth century electric air pumps were becoming common. However, they were often noisy and so were usually sited outside the church. The design and location of the chamber at St Helen’s was the result of discussion and compromise in the summer of 1927, when a new organ was being installed. The architects were J G T West & Son of Abingdon, who offered the church authorities a selection of designs, and the original choice was for a stone building at the north-east of the churchyard near the gateway. As built, however, the chamber lies between the church and the nearby Brick Alley almshouses of 1718, and its final design so closely echoes that of the almshouses that when ‘listed’ it was described as an ancillary building to the almshouses. That craftsmen could be found in 1927 to carry out the gauged brickwork and fine pointing seen in the blowing chamber is indeed remarkable and the chamber continues today in its original function, while also housing the church’s central heating boilers.

John George Timothy West – known informally as Timothy West and professionally as JGT West – was a well-known local architect and a popular figure in the town. He was […] 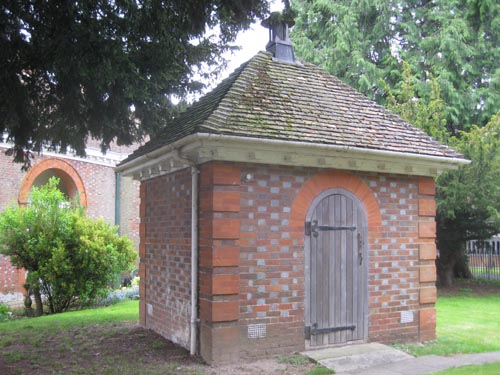