Agnes Leonora Challenor, née Duncan, was born in Wales on 19 March 1882, the eldest of eight children. Her parents were Scottish. Her father, John T. Duncan, had moved to Cardiff where he had a small fleet of coaling ships, known as collier transports, which supplied Welsh coal to the Royal Navy. He is described as a shipbroker and ship owner in the 1901 census and he named one of his ships after Agnes.

Around this time Agnes Duncan first visited Abingdon because two of her brothers had been admitted to Abingdon School in January 1900 as boarders. Jack (John William) and Norman Duncan were among the first of sixteen boys resident in a newly opened school boarding house, Tesdale House. This was in the Marcham Road next door to the Challenor residence known as The Firs (now No. 22 Marcham Road), where her future husband, Bromley Challenor (III), lived.

Agnes married Bromley – also the eldest of eight children – in Llandaff Cathedral on 28 January 1914. They lived in Waysmeet, on a site that is currently between St Katharine’s & St Helen’s School and the house known now as Chesterton, sited along the Faringdon Road. It was a joint wedding present from both families, one side buying the land and the other building the house. It had extensive lawns, two grass tennis courts, a kitchen garden, an orchard, an enormous outhouse for storing farm equipment, two fish ponds, a long tree-lined drive with a turning circle in front of the front door, and a wild flower meadow. The large potting shed at the side of the house was where the spare key was kept.  Sadly, the house was demolished and the site is now a housing estate. 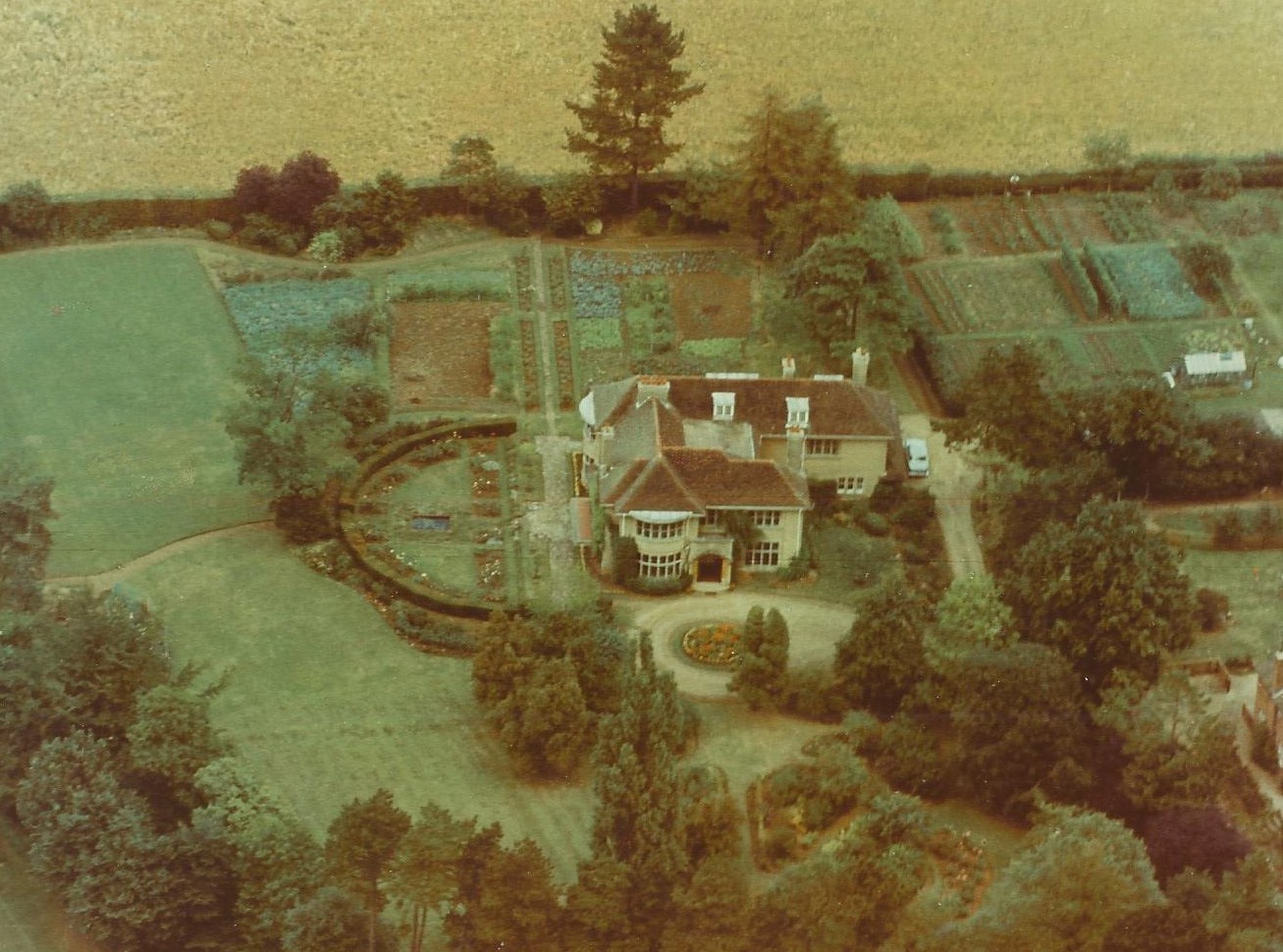 Waysmeet in about 1970. The house and grounds were given to Agnes and Bromley by their families as a joint wedding present. The Faringdon Road runs along the bottom of the picture. (With thanks to Tim Goodman)

There were three children of the marriage: Janet born in August 1916, Bromley (IV) born in November 1918 and Margaret born in February 1921. 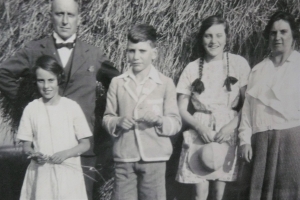 Agnes and Bromley Challenor with their children in the late 1920s Left to right: Margaret, Bromley junior and Janet. (With thanks to Marion Cox.)

She passed on her great love of music to her children. Bromley junior (as the family sometimes called him) trained initially in the solicitor’s firm that his great-grandfather had founded and in which his grandfather and father, as well as most of the male Challenors had also worked, but he really disliked it. Instead, he became a piano teacher and a much-loved church organist at Dry Sandford, at Besselsleigh and at Dorchester Abbey as well as at St. Mary Magdalene, Shippon, which is where his funeral took place in 2005. One of Agnes’ great granddaughters, Helen Roberts, became the much-acclaimed accompanist of the Treorchy Male Voice Choir, harking back to Agnes’ Welsh roots.

Despite having no ambition to enter public life, Mrs Challenor was thrown into it by the events of the Second World War. She was a founder member of the Abingdon Townswomen’s Guild and, in 1939, was invited to form the Abingdon Women’s Voluntary Service of which she later became centre organiser.

She was co-opted onto a vacancy on the borough council in 1941 as the result of her work in the community. The press report of the 1941 Mayor-making includes the comment: “Mrs Bromley Challenor was appointed to the vacancy caused by the elevation of Councillor A. Tombs”. In May 1950, when by process of seniority, she herself was elected to the office of Mayor, the first woman in the history of the borough to occupy this position, she said “I felt it such a golden opportunity for a woman to get on to the council that I accepted it”. Her daughter, Janet, filled the position of Mayoress, today referred to as the Mayor’s Escort.

Mrs Challenor hoped that her election to the highest civic office would be an incentive to other women to stand for a seat on the council and during her time as a borough councillor she worked hard to encourage other women to put themselves forward as candidates.

In 1951 she scored another first by becoming the first woman to be elected an Alderman. She was a conscientious member of the borough council, but in 1953 she suffered a stroke. Nevertheless, her interest in the council and in Christ’s Hospital of Abingdon, an influential local charity, remained undiminished, but, sadly, ill health forced her to resign from both organisations in 1956. She was presented with an engrossed minute from the Borough Council recording their appreciation of her hard work as Councillor, Mayor and Alderman.

Apart from her council activities, Mrs Challenor took a great interest in the parish church of St Helen and worked as a fundraiser for the new organ (1927) and the parish hall (1928). She formed the Abingdon branch of the British Sailors’ Society and supported both the Church of England Children’s Society and Dr Barnardo’s charity.

Agnes Leonora Challenor died, aged 85, at her home, Waysmeet, Faringdon Road, Abingdon, on 6 April 1967, and her ashes were interred in the Old Cemetery close to other Challenor family members.

Bromley Challenor was born in 1821 in Teddington, Middlesex. He arrived in Abingdon sometime in the late 1840s having worked as a solicitor’s clerk in Newbury, and by 1848 was […] 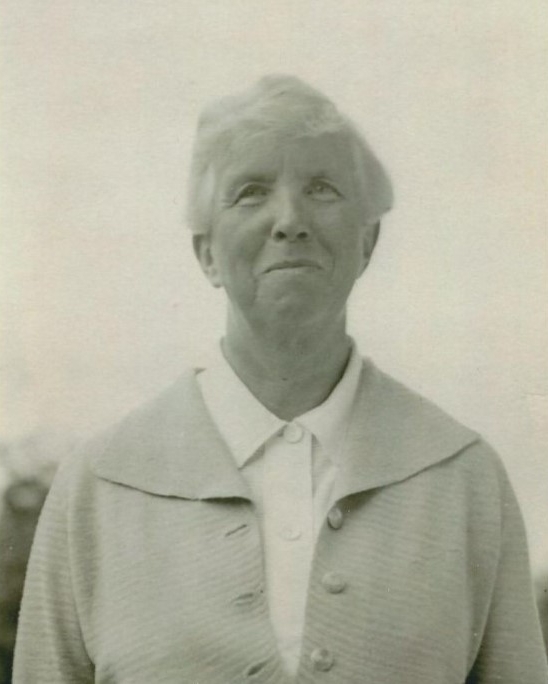 With thanks to Tim Goodman

Agnes Leonora Challenor With thanks to Tim Goodman