Mieneke Cox was a much loved and highly respected local historian of Abingdon.  She was born Jacomina Elsje Elias in Nijmegen in the Netherlands in 1928.  After living through the Nazi occupation of her country between 1940 and 1945, she studied history at the University of Utrecht.

In 1952 she came to England on a walking holiday in the Lake District where she met her future husband, George Cox.  They married in 1954. George worked as a scientist at Harwell and they first set up house in Oxford before moving to Abingdon. In the summer of 1958 they moved to 103 Bath Street, Abingdon, which was to be Mieneke’s home for the rest of her life.  Her elder son, Pieter, had been born in 1956. Her daughter Johanna was born in 1958, and her younger son, Paul, in 1961.

Mieneke, as she was always known, took on a number of honorary civic roles in Abingdon, mostly connected with her historical interests. She was honorary curator of Abingdon museum from 1970 to 1980 when, to her chagrin, she was replaced by a professional. She wrote guides to St Helen’s Church, the Abbey and the Museum, articles for the local newspaper and four historical pageants – in 1970 for the Borough and in 1974, 1981 and 1995 for St. Helen’s. She was archivist of St Helen’s Church. She was a stalwart of the Friends of Abingdon and a founder member, lifelong supporter and Honorary Vice-President of the Abingdon Area Archaeology and History Society. She was also closely involved in setting up the Abingdon Excavation Committee, which led to the appointment of Abingdon’s first full-time professional archaeologist in 1972, and to a vigorous campaign of very important excavations in and around the town.  Her contribution to the life of the town was recognised in the Mayor’s Award which she received in 1997.

Mieneke’s greatest contribution to Abingdon was in her work on local history. Her research was based largely on the papers left behind by her great predecessors A E Preston and Agnes Baker, held in the Berkshire Record Office in Reading, and on her own close reading of material in local archives, such as those of the town and of St. Helen’s church. Her great strengths were her sharp focus on very local affairs and her ability to turn dry historical records into vivid descriptions of life in Abingdon in the past, whilst setting these events in the wider context of national and world-wide historical trends. She was especially keen to illuminate the past lives of local people and their day-to-day doings for the benefit of readers who were not themselves academic historians.

Her first full-length book, published in 1974, was Abingdon – Abbey to Borough. This paved the way for her four volumes of The Story of Abingdon which appeared between 1987 and 1999, with their sweep of the history of the town from its beginnings until the end of the eighteenth century.  This series, simple and approachable in style, was successful from the start, and Part One has recently been republished after being out of print for many years.

Mieneke’s talks and the regular classes she taught introduced local history to a whole generation of Abingdon people, and inspired many to undertake research of their own. Her legacy lives on in her published work, in a large archive of notes and papers – a rich resource for future Abingdon historians – and in the many fond memories of all who knew her. 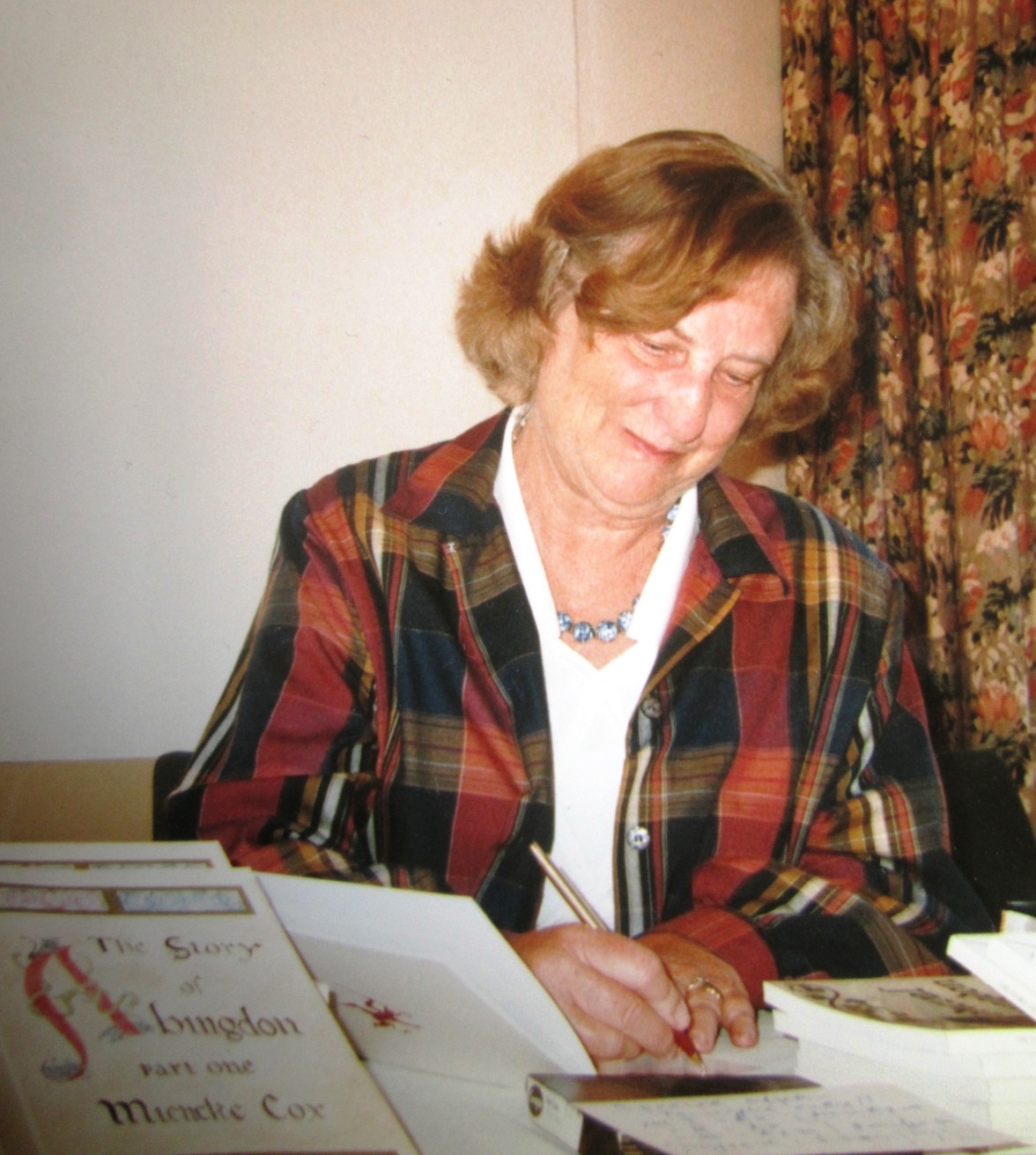 The Dayrell Family
Scroll to top