The Bostocks were a prominent Abingdon family in the sixteenth and seventeenth centuries. They are believed to have originated in Cheshire, but by 1520 John Bostock is named as a master of the Holy Cross fraternity. In 1547, his nephew Humphrey was one of the two feoffees who held the funds and were responsible for the properties of the Guild of Our Lady. (Since it had no charter, the Guild of Our Lady could not hold property in its own name.) Humphrey Bostock went on to become one of the first governors of Christ’s Hospital at its foundation in 1553, and, in 1558, the third mayor of the then newly chartered town of Abingdon.

Bostock influence in Abingdon reached its peak with Humphrey’s son, Lionell (c. 1533–1600). Lionell Bostock became rich as a woollen draper, but in later life, having bought the Fitzharris estate in Abingdon and other properties elsewhere, he gave up his trade to live as a landed gentleman. He was a great benefactor of Christ’s Hospital, of which he was a governor and twice master, and was four times mayor of the town.

It was in Lionell’s time that serious factional conflict broke out among the governors of Christ’s Hospital. This started in 1585 when his cousin Anthony Bostock accused one of his colleagues, John Fisher, of financial wrongdoing, and was supported by some of the other governors. ‘High words’ passed, and Anthony, accused of sowing ‘dissention, strife, and variance’, was dismissed. The strife would continue through several generations both in the Hospital and in the town’s corporation.

Lionell was noteworthy as a puritan.  In 1577, together with Sir John Fettiplace of Appleton, he financed a weekly ‘lecture’, essentially a sermon organised independently of the church authorities, but which townsfolk would be encouraged, or even compelled, by the municipal authorities to attend. The lecturers were chosen from among the most eminent of Oxford theologians, and Abingdon people would be exposed to the most advanced religious thinking of the day. The lectures continued until 1660. In his will, Lionell left additional money for a regular Christmas Day sermon at St Helen’s by another visiting preacher.

The family’s reputation declined in the time of Lionell’s son William (1572–before 1643). William became a governor of the Hospital and was master in 1606. He was described as ‘a person very powerful and contentious’, and popularly known as ‘mad William Bostock’. William lost money, sold land, and left Abingdon about 1622, to die at Windsor in relative poverty. Fitzharris passed to a cousin, Edmund Bostock (d. 1643). Edmund’s son William, a lawyer, left Abingdon in 1648, bringing the Bostock connection with Fitzharris to an end. A grandson, also William, lived briefly at Lacies Court, but left the town in 1677.

The Bostocks are commemorated in Abingdon by Bostock Road, north of Ock Street.

The Mayotts were a leading family in Abingdon for more than two hundred years. Roger Mayott arrived from Horton in Staffordshire at some time before 1509. Over a hundred of […]

The history of Abingdon before the twentieth century is largely a story of family dynasties which rose and declined, cooperated with or opposed each other, and often intermarried. The Tesdales […] 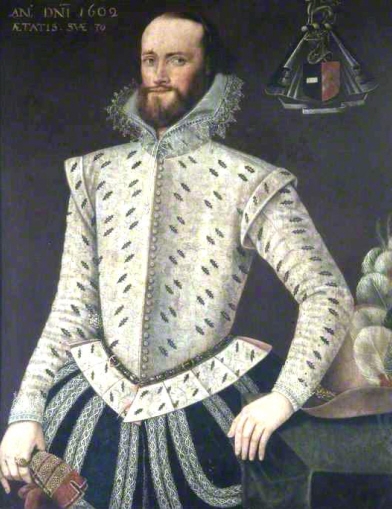 Christ's Hospital of Abingdon; reproduced by permission of the Governors

William Bostock by Sampson Strong Christ's Hospital of Abingdon; reproduced by permission of the Governors

Lionell Bostock, by Sampson Strong Christ's Hospital of Abingdon; reproduced by permission of the Governors

The Bowles Family
Scroll to top