Regal Close is a residential development which was built and first occupied in 2004.  It stands on the site of the Lamb, which for at least three hundred years before its demolition in about 1851 had been one of Abingdon’s major inns. The Lamb owed its importance to being on the Sheepmarket, which occupied the open space now known as The Square.

The Lamb was replaced by the Square House, later occupied for many years by the Estridge family, prominent Conservatives.  The house may have incorporated part of the old inn.

The Square House and its neighbour were demolished in 1935 to create the striking art deco Regal Cinema and car park.  It was an important centre of entertainment, but by 1979 it had become a Bingo Club. The cinema later reopened briefly but was finally closed in 1989, although the two small shops on either side of the main building continued trading for several years.

In 2003 the building, by then derelict, was demolished to create the present apartment complex. 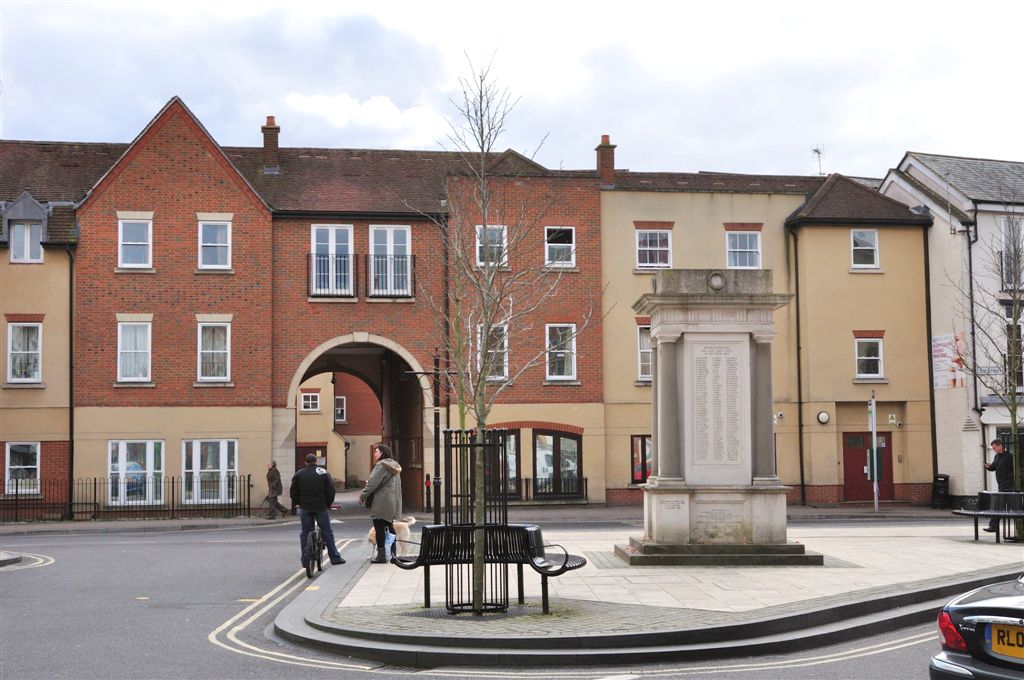 Regal Close from The Square in 2013

The old cinema in 2000 as it awaited demolition © Elizabeth Drury 2000.
Footer
Ock Street