John George Timothy West – known informally as Timothy West and professionally as JGT West – was a well-known local architect and a popular figure in the town.

He was born in December 1861, probably at The Beehive public house on the corner of Broad Street and Stert Street (an Indian restaurant in 2014).  His maternal grandfather, the landlord of The Beehive, was William Honey. His father was John West, who built coaches, and his mother was Sarah.  By the time Timothy was nine the family were living at The Beehive.

He was sent to Roysse’s School (now Abingdon School) soon after it moved to its present site in Albert Park. By 1881 he was recorded as living with an aunt in Aldershot and was described in the census as an ‘architectural pupil’. He became articled to the Abingdon architect Edwin Dolby. By about 1885 he had set up his own practice in his home in Stert Street, a house now known as The Knowl. 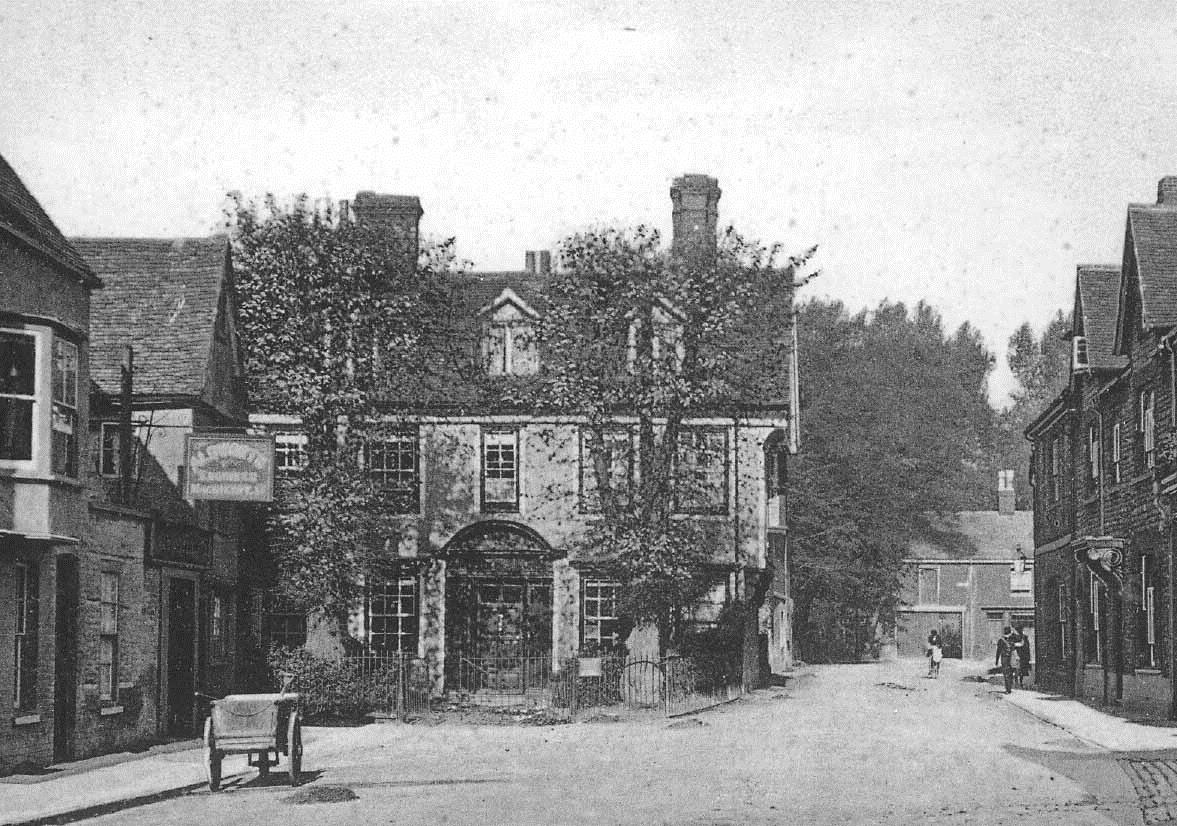 The Knowl in the early twentieth century Courtesy of Mrs. Anne West

In addition to designing buildings he undertook other work.  An advertisement published in the local trade directory also offered his services as a surveyor and debt collector, as well as a house agent and auctioneer. This may have been because at that time architecture alone was rarely profitable enough to support the standard of living appropriate to a gentleman.

Like many people at that time he owned a horse, which he called Business; when he was out of the office riding his staff learned to tell enquirers that he was “out on business”. 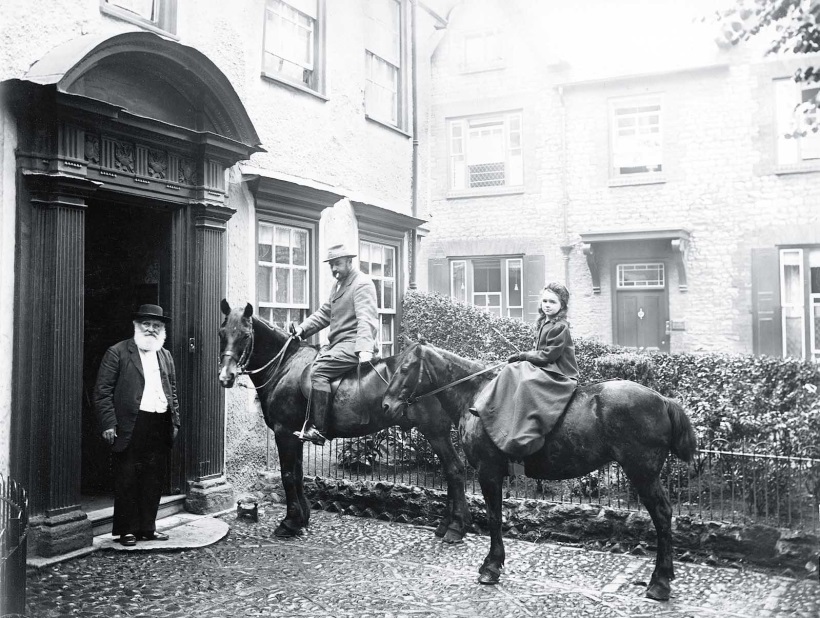 Timothy West and his daughter Mary on horseback, with his father, John, outside The Knowl in about 1905 Courtesy of Mrs. Anne West

His architectural projects were sited not only in Abingdon and Oxford but as far afield as Nuneaton.  His first major commission for which a date is certain was for an extension to house the boys’ school at the Convent of Mercy in Abingdon in 1892. Among the many designs in his home town in which he had a hand was the Free Library in the High Street (1895-6), which has been converted into flats but retains its distinctive frontage. 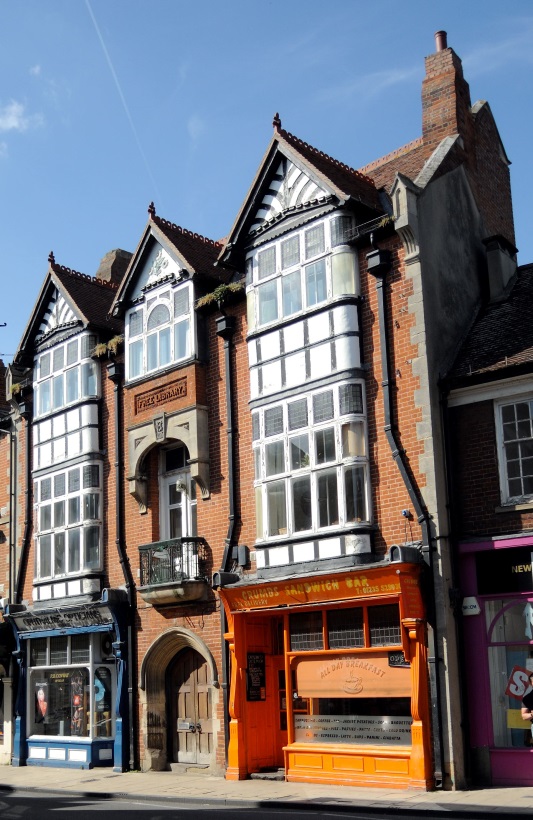 The Isolation Hospital in Marcham Road (now Abingdon Community Hospital) was also planned by him in 1900 and added to in 1916.  However, much of it was later replaced and now only the building facing the road remains of his work. 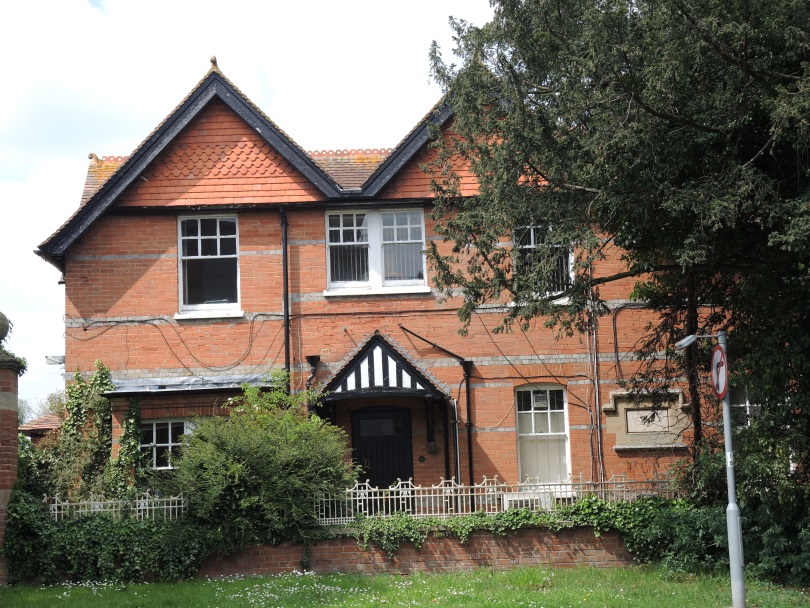 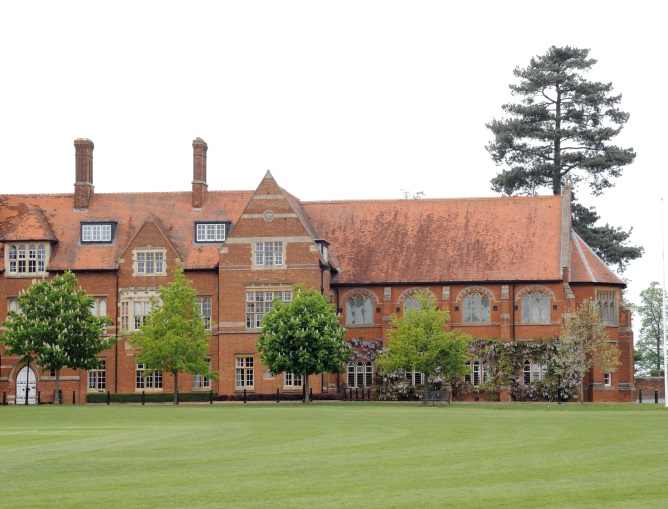 Among the houses which he designed was an attractive row called Tesdale Terrace in Bostock Road, commissioned by the local charity, Christ’s Hospital, as accommodation for workmen.  He made a distinguished contribution to his old school in the design of the chapel and the gymnasium in 1899; subsequently he added classrooms and a sanatorium.

In 1926 JGT West & Son won a competition to design the Community Hospital at Wantage.

Perhaps the firm’s most unusual commission was the organ blowing chamber in Abingdon’s St Helen’s churchyard which was erected in 1927. This was built to house the machinery that supplies air for the church’s instrument and now it also accommodates the central heating boilers for the church. 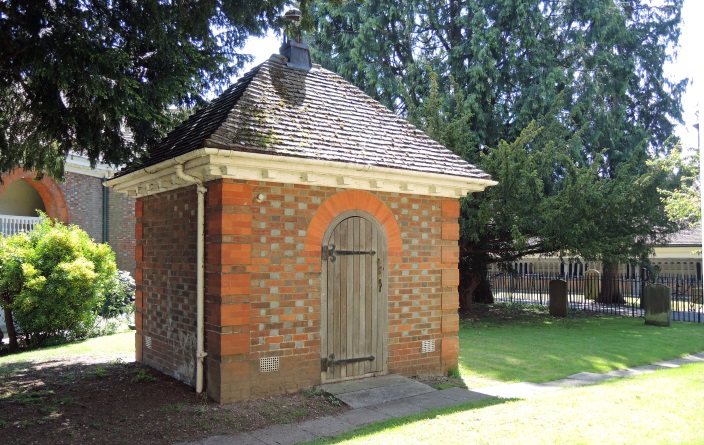 Organ blowing chamber in St Helen’s churchyard.
The style of the building echos that of the neighbouring Brick Alley  Almshouses of 1718 that are just visible on the left in the background. © Michael Harrrison

Timothy West took an active part in the life of the town. He served as a Borough Councillor from 1896 to1905 and was mayor in 1903-4.  He was for many years a churchwarden at St Nicolas’ Church and also the honorary secretary of the Abingdon Horticultural Society.  He served as a magistrate and was a Freemason.

In 1884 he married Louisa Maria Johnson, the daughter of a local draper. They had three children: Archibald Buller, John Lacey and Mary.  The eldest, Archibald (known professionally as A B West), began his career as a government surveyor but later joined his father’s practice and eventually took it over.  His own son, Duncan Buller West, followed in his father’s footsteps.

In 1986 the firm, under Duncan Buller West, was merged with the young local practice of Philip Waddy to become West Waddy ADP, thus bringing the independent West company to an end. 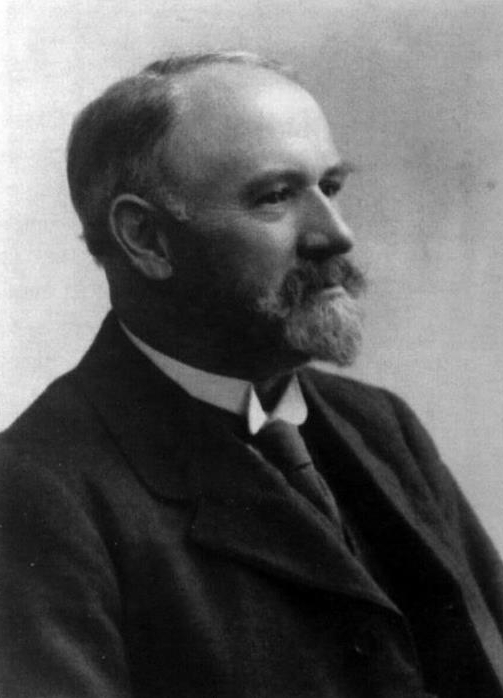