Stert Street is named after the River Stert, a small watercourse which flows through a culvert under its east pavement, but the street probably existed well before it had its present name. If, as is generally believed, there was a ford where the present Abingdon Bridge was built, there might well have been an early track that led to it and that attracted habitation.

Bones, jewellery, seeds and pottery unearthed by archaeologists give some clues to the age of the street.  A brooch dated possibly 100 BC was found under No 40. There is much evidence of Romano-British habitation along the line of the present street. But there is a big jump from that to 1247, the date of the earliest known reference to a building in Stert Street, while the oldest existing building in the street is the house at No.3 which was built by Abingdon Abbey in 1470.

The abbey provided a great stimulus to the construction of tenements, at first on the east side of the street, along the line of the abbey boundary. Later, around 1316, construction started on the west side.

Important evidence of the buildings on both sides of the street is available from the report of 1554 by the government’s surveyor, Roger Amyce. This was a time when many houses were in a state of poor repair. There were still empty plots; at that time there were thirty houses on the east side but only thirteen on the west side.

During the period 1556 to 1799 Stert Street attracted a wide variety of occupations. Most were innkeepers, a good number were ‘gents’ and, unsurprisingly, many were bargemasters and boatmen.

Until the Stert was culverted at the end of the eighteenth century, the open river was close to the houses on the east side. Bridges across it allowed access to the street. Evidence of these bridges can still be seen from within the culvert.

By the nineteenth century, Stert Street was fully built along both sides and was the seat of a significant economy.

The 1960s saw many buildings knocked down to be replaced by modern structures. A significant change was the destruction of the seventeenth century buildings at Nos. 38‑44.

Today Stert Street is a mixture of old and new, but in spite of the many traditional buildings that have been replaced by modern constructions it remains a busy shopping street of traditional character.

This house stands on the east side of the street and next door but one to St Nicolas’ Church. It is a double-fronted, timber-framed building dating from about 1470. The house […]

This striking house is even more complex than it appears. It is broadly T-shaped in plan, with the leg of the T having a double-jettied gable on Stert Street. Its […] 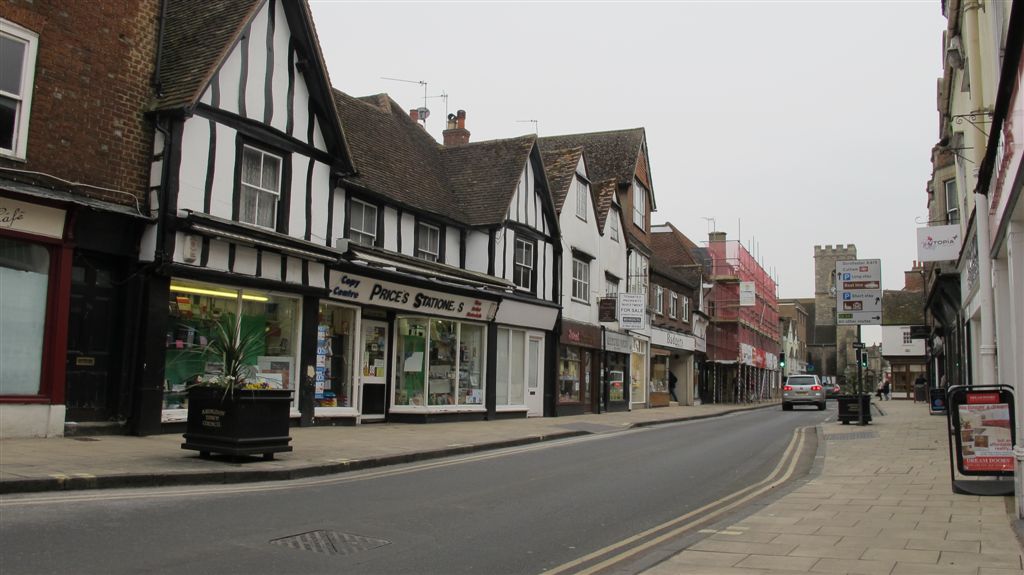