Gabrielle Lambrick (née Jennings) was born in south London, her father a hospital administrator and amateur art connoisseur and collector, her mother from a large family of Scots origin with a shoe-making business in Leicester.  She went to Clapham High School already an accomplished pianist, and gained her LRCM in 1932, the year she left.  Later she learnt to play the viola.  At Girton College, Cambridge she read history under the supervision of the medieval historian, Dr Helen Cam, with whom she maintained contact throughout her life.

In 1936 she gained her Certificate in Education from Cambridge, enabling her to embark on a teaching career.  From 1937 to 1939 she taught history and current affairs at Brighton High School, also acting as school librarian and helping with sport, drama and musical activities.  She was to have started formal teaching of music, but on the outbreak of war the school was evacuated, abruptly terminating her new career.

She joined the Treasury, where she soon made a name for herself.  A thank-you note dated Christmas 1942 (possibly from the Second Secretary Sir William Eady on her appointment as private secretary to the new Financial Secretary, Ralph Assheton) records “When the Governor of the Bank of England paid his first official visit to me he said ‘Speaking with a proper sense of responsibility, I inform you that Miss Jennings is the Treasury, and I advise you not to forget it.’”  After the war she was a principal in the Overseas Finance Section.  She took part in various delegations to Washington, Berlin and Vienna; and in March-April 1947 was part of the British delegation to the fourth meeting of the Council of Foreign Ministers in Moscow.  This conference is now considered to have marked the beginning of the Cold War.

In 1948 Gabrielle met and married Hugh Lambrick, a retired Indian Civil Servant and recently- appointed Fellow of Oriel and Lecturer in Modern History, who shared her love of music.  They made their home on Boars Hill, in the parish of Wootton, just north of Abingdon.  Gabrielle was a major support to Hugh’s research into military and Indian history, as well as being the mainstay of their family, social and musical life.

From about 1959, Gabrielle began her own local historical studies.  Looking into the history of the local area, notably for a much-praised guidebook to St. Peter’s Wootton and its parish (1964), she realised that the two extant cartularies of Abingdon Abbey, one of the most important Benedictine monasteries in medieval England, were still unpublished.  For the last seven years of her life she took up this challenge, much encouraged and supported by her old tutor Dr Helen Cam and other medieval historians such as Dr V H Galbraith, Dr W A Pantin, and Professor M Knowles.

Between 1960 and her death in 1968 she published a variety of articles about Abingdon and its surroundings in Oxoniensa, the English Historical Review, the Journal of Ecclesiastical History, and Medieval Archaeology.  In 1966 the Friends of Abingdon published her booklet, The Business Affairs of Abingdon Abbey, written for a general readership.  She was elected a Fellow of the Royal Historical Society in 1967. She was a generous supporter of other local historians, such as Mieneke Cox.

At a time when Abingdon, like other historic towns, was under increasing threat of development, she was a very active member of The Friends of Abingdon.  For a time she represented the Friends on the regional group of the Council for British Archaeology, and helped fight successful campaigns to stop plans for a proposed gas holder (a cause célèbre that led to a change in legislation) and a road through the site of the Abbey.  This was the context of her joint article with M Biddle and JNL Myers, ‘The Early History of Abingdon and its Abbey’ (Medieval Archaeology 1968), which combined her historical evidence with the limited archaeological explorations of the 1920s.  In 1968 she helped to found the Abingdon and District Archaeological Society, which later became the Abingdon Area Archaeology and History Society.

At Gabrielle Lambrick’s untimely death in 1968, the cartularies were still some way from publication.  It was only after various false starts that finally, in 1982, Dr Cecil Slade, a medieval historian and head of archaeology at Reading University, came to the rescue.  Much more calendaring was involved than originally envisaged, but the two volumes were finally published by the Oxford Historical Society in 1990 and 1992.  Dr Slade died in 2001.  Much is owed to him for bringing Gabrielle Lambrick’s original project to fruition.

The hope that the Abbey site might re-investigated (like Martin Biddle’s work in Winchester) did not materialise until thirty years after Gabrielle’s death, when the northern part of the precinct was excavated in advance of the Vineyard redevelopment, identifying a separate bell tower, the Abbey burial ground and its moated boundary.  Together with subsequent geophysical surveys and detailed recording of the surviving buildings of the Abbey, these investigations have largely confirmed, but also clarified, modified and added to the interpretations put forward in 1968.  The story of the Abbey and Abingdon’s later development and history was taken up by Mieneke Cox and others.

An annual lecture for the Abingdon Area Archaeology and History Society is held in memory of Gabrielle Lambrick, and she is one of several Abingdon historians commemorated in street names in the Caldecott area.

Mieneke Cox was a much loved and highly respected local historian of Abingdon.  She was born Jacomina Elsje Elias in Nijmegen in the Netherlands in 1928.  After living through the […] 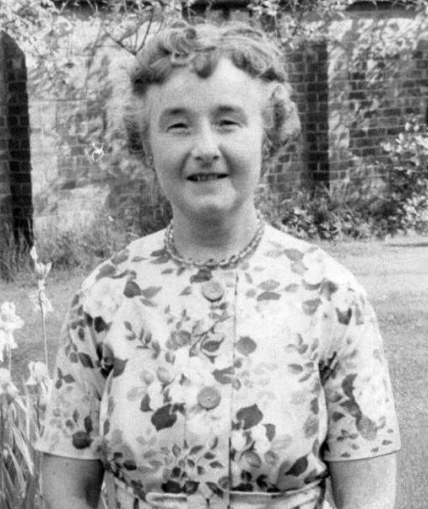 The Langfords
Scroll to top