On the front of No 39 Stert Street – Mason the draper’s – there is a blue plaque commemorating the achievement of one John Alder.

He was a cooper by trade (someone who makes barrels) and he also ran The Mitre public house on this site, for which he paid rent to John Green who held the lease from Abingdon Corporation (at a cost of 10s per annum).  The Mitre was possibly so-called because of the nearness of the Abbey, whose wall abutted the backyard of the inn.

In the autumn of 1767 his wife, who seems to have managed the accounts of the business, gave him £22 to pay the brewer’s bill.  Unknown to her, he kept £12 of this money and bought a ticket for the State Lottery for £12 18s 6d.  This was the equivalent of over £1900 in today’s money (Bank of England on-line inflation calculator).  National lotteries were used to raise money for specific causes – such as a new bridge – and had flourished since at least the sixteenth century.

One night in mid-November a messenger arrived at The Mitre in a state of great excitement.  John Alder was in bed and the messenger had to call up to him at the bedroom window.  Alder was told that he had won first prize in the lottery – a sum of £20,000, which is worth nearly £3m today.  Not surprisingly he thought this was a practical joke.  Nevertheless he and his wife came downstairs and had a drink with the messenger.  He was finally convinced that he had won this enormous amount of money and was sufficiently overcome to disappear into the backyard on his own for a while to recover from the shock before calling in all his neighbours for a celebration.

A few days later he and the Town Clerk, John Bowles, set off for London to collect the money. He had already begun to display the generosity for which he became famous.  He distributed drinks free to all his customers, neighbours and family, and called for a mop to wipe the slate in the bar clear of their debts.  The messenger had been accompanied by James Powell, the landlord of The Crown and Thistle inn where the winning ticket had been bought and registered, so Alder gave Mr Powell the use of half the money he had won ‘without interest’.  The messenger himself and the two schoolboys who drew the winning ticket also benefited. The church bells rang out in celebration and the ringers were given a drink and a guinea each; Alder subsequently furnished St Nicolas’ Church with new chimes for its clock.

The poor of Abingdon were at this time suffering from bitter weather and high food prices, so from his winnings Alder gave them bread and meat (two ‘fat oxen’) and supplied clothes for all who needed them.  To crown it all he bought a new body for the Abingdon Machine, the stagecoach belonging to Francis Blewitt which had brought him the news.  On the door of the coach he ordered to be painted the Coopers’ Arms and the number of the winning ticket – 3379.

Mrs Alder, however, was disgruntled.  Not only had her husband spent on the lottery money which was owed to the brewer, he would – she was sure – give away on top of what he had won everything that they had, bringing to pass the bankruptcy with which they had previously been threatened.

But this did not happen.  Alder’s luck held when his horse won the most important prize at the Abingdon races.  He became a burgess of the town and a churchwarden.  A Christ’s Hospital lease of 1768 shows that he was also the tenant of four parcels of land within the old Abbey.

He died in 1780 when he was over sixty, leaving behind his son William (also a cooper) and a grandchild.  In due course William became a governor of Christ’s Hospital and three times mayor of Abingdon. Among John Alder’s descendants was Dr William Alder Strange, a headmaster of Roysse’s School (now Abingdon School) in the nineteenth century. 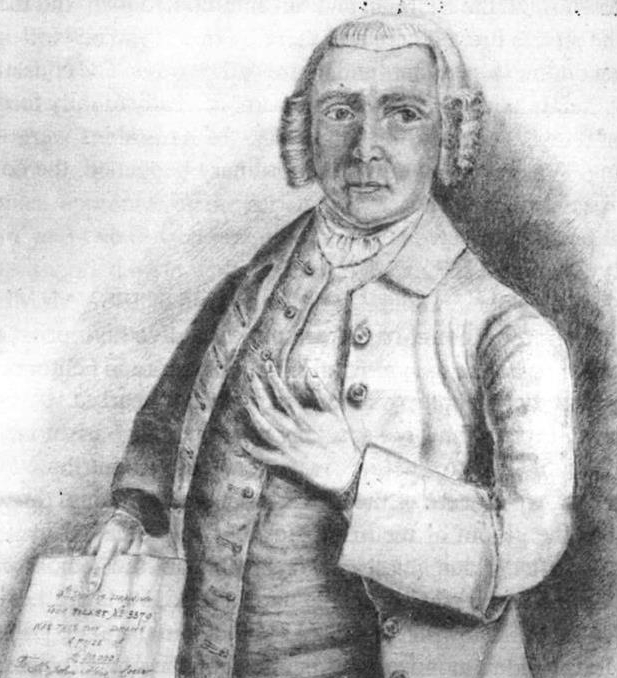 By kind permission of John North