The Warren Hospital (demolished 1984, was off the Radley Road)

‘The Warren’ was a large Victorian house built on the Radley Road in the 1890s by Adam Fettiplace Blandy and his wife Elizabeth Mary (née Nicholl-Carne).  With a family of thirteen children plus staff they needed a sizeable residence!

The land on which ‘The Warren’ was built originally belonged to Abingdon Abbey and was part of the home farm of the Manor of Barton.  In 1252, the abbot obtained a grant of free warren in the manor of Barton, that is the right to keep and hunt beasts (including rabbits) and fowl.  There is a strong likelihood that this site alongside the Radley Road was covered by the grant, and that the house took its name from the site. It is south facing and with light, free draining soil sloping down to a spring-fed pond and could well have included a rabbit warren.

One of the sons, Robert Acton Blandy, was killed in the Boer War.  Adam Fettiplace Blandy died of a broken heart soon after hearing of his son’s death, but Mrs Blandy continued to live in the house until 1915.  In 1920 it was bought by Sir George Dashwood. It was occupied by a Major B. Neame from 1927 to 1929.

‘The Warren’ was finally sold in 1930 and the house reopened later that year as a hospital, replacing the old cottage hospital in Bath Street.  The Warren Hospital had beds for twenty-six patients in men’s, women’s and children’s wards, an operating theatre, and x-ray and therapy departments. The purchase price of the house was £4,500 and the total cost, including adaptation and fitting out, was around £9,000.  The architects for the conversion were Messrs. West & Son and the builders were Buckle & Son. 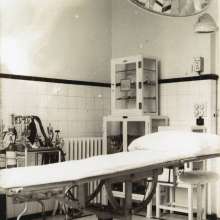 The Warren was originally approached by a long drive running parallel to the Radley Road.  This part of the site was developed in the 1930s with a row of seven detached houses set behind the old driveway.

The Warren Cottage Hospital became part of the NHS in 1948. In 1952, the general hospital services were transferred to Abingdon Hospital on the Marcham Road, and the Warren became a maternity hospital serving Abingdon and the surrounding area, manned by local GPs.  The Warren is fondly remembered by many local mothers who had their babies there.  The maternity unit was transferred to Marcham Road in July 1968, and in February 1969 the Warren Hospital was reopened by Dr Lionel Cosin and Miss Stone as a sixteen-bed geriatric unit.  This closed in 1977, and the house was eventually demolished in 1984 to build The Warren housing estate. 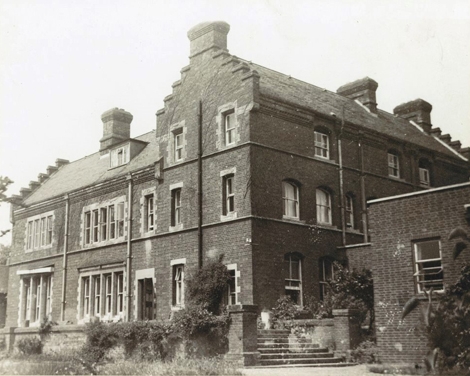 The Warren Hospital in about 1982