The River Stert culvert in Abingdon

The River Stert runs under Abingdon through a culvert – a multi-phase structure in stone and brick, with some later concrete, but which does seem in parts to date from the construction in the twelfth century of St Nicolas’ church and the hospital to the south, both of which are built over the Stert channel. Relieving arches are visible in the walls of the church and of the hospital, today part of the Guildhall. Other underground stone arches may also be medieval, some reflecting properties or boundaries which have since been replaced. The channel does seem to be natural, with the earliest management comprising low stone wall abutments across which timber bridges were built. The Stert Street section of the culvert is in late eighteenth-century brick, and brick was also employed in some sections of the southern section towards the river that was completed in the 1860s. It has had to be repaired at various times, and different materials have been introduced. The workmen have also left their marks on the structure.

The River Stert is a small stream that flows though Boxhill Wood, a narrow strip of woodland to the north of central Abingdon. Near Withington Court it enters a culvert (Fig.1) through which it flows beneath Stert Street and the buildings on the east side of Bridge Street to enter the Abbey Mill Stream just next to Abingdon (formerly Burford) Bridge. The central part of the route is shown on the 1:500 First Edition Ordnance Survey map shown in Figure 2. 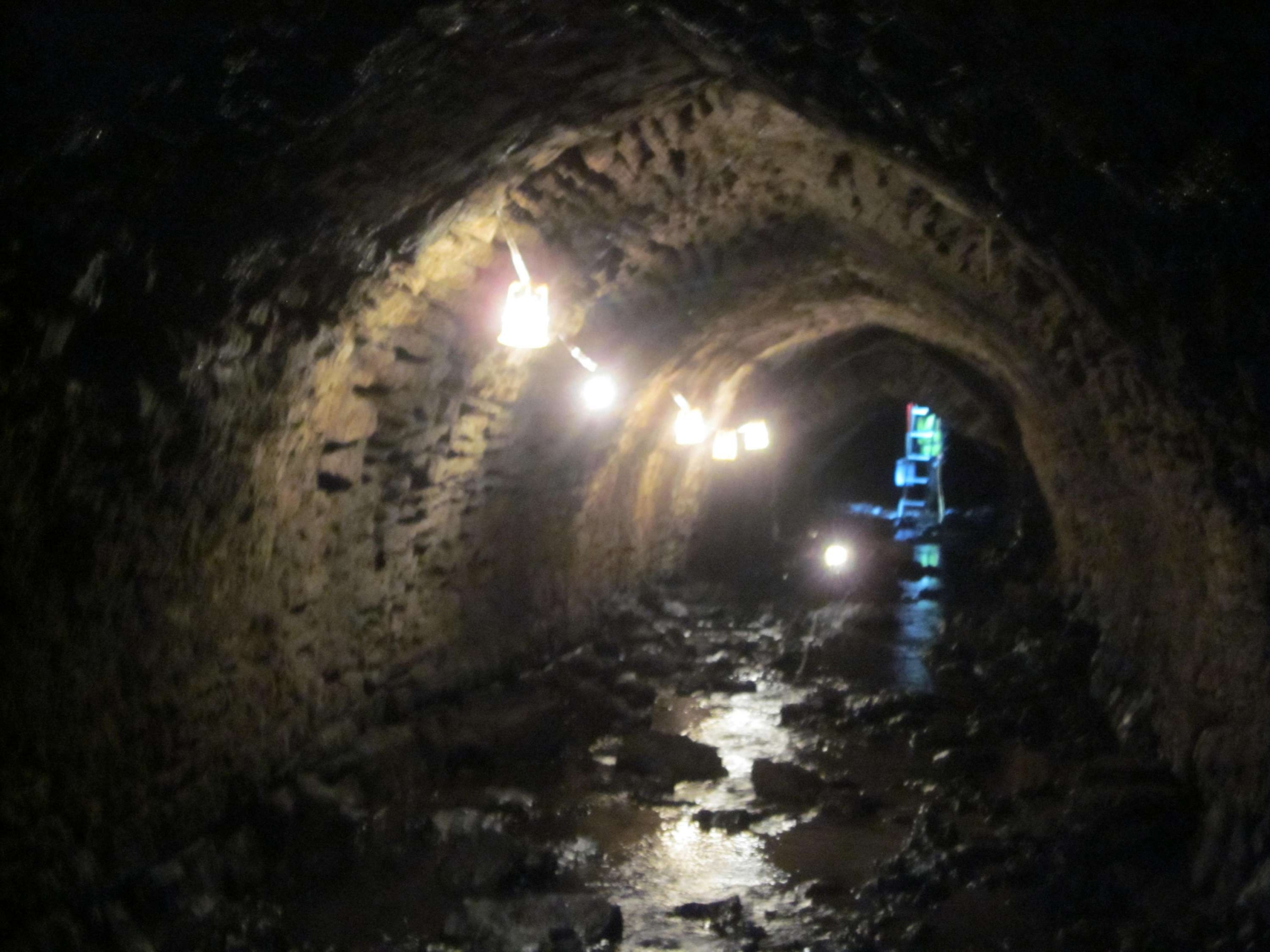 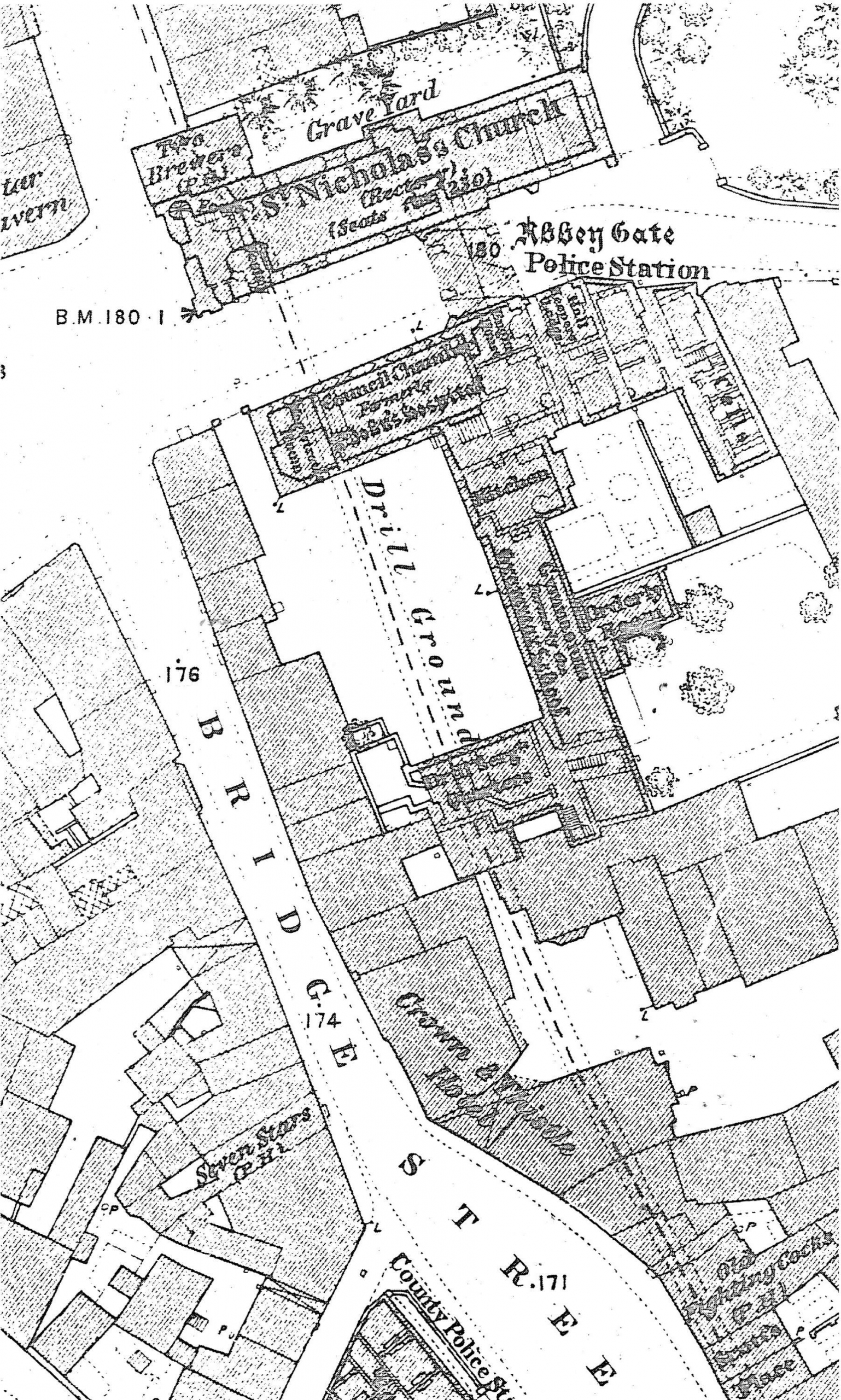 Figure 2. Extract from 1:500 First Edition Ordnance Survey map (1874). The dashed line shows the course of the Stert culvert.(With thanks to Oxfordshire Library Services)

As well as the northern and southern portals, other above-ground evidence for the culvert can be seen in the north wall of St Nicolas’ church, where there is a stone arch (called a relieving arch) in the wall directly above the culvert. On the other side of the Abbey Gateway another relieving arch (Fig.3) can be seen in the north wall of the former hospital opposite the church (now part of the Guildhall). Between them on the roadway is a manhole cover through which one can see (and hear) the river flowing below. But what happens underground between these places, and what is the history of the culvert? 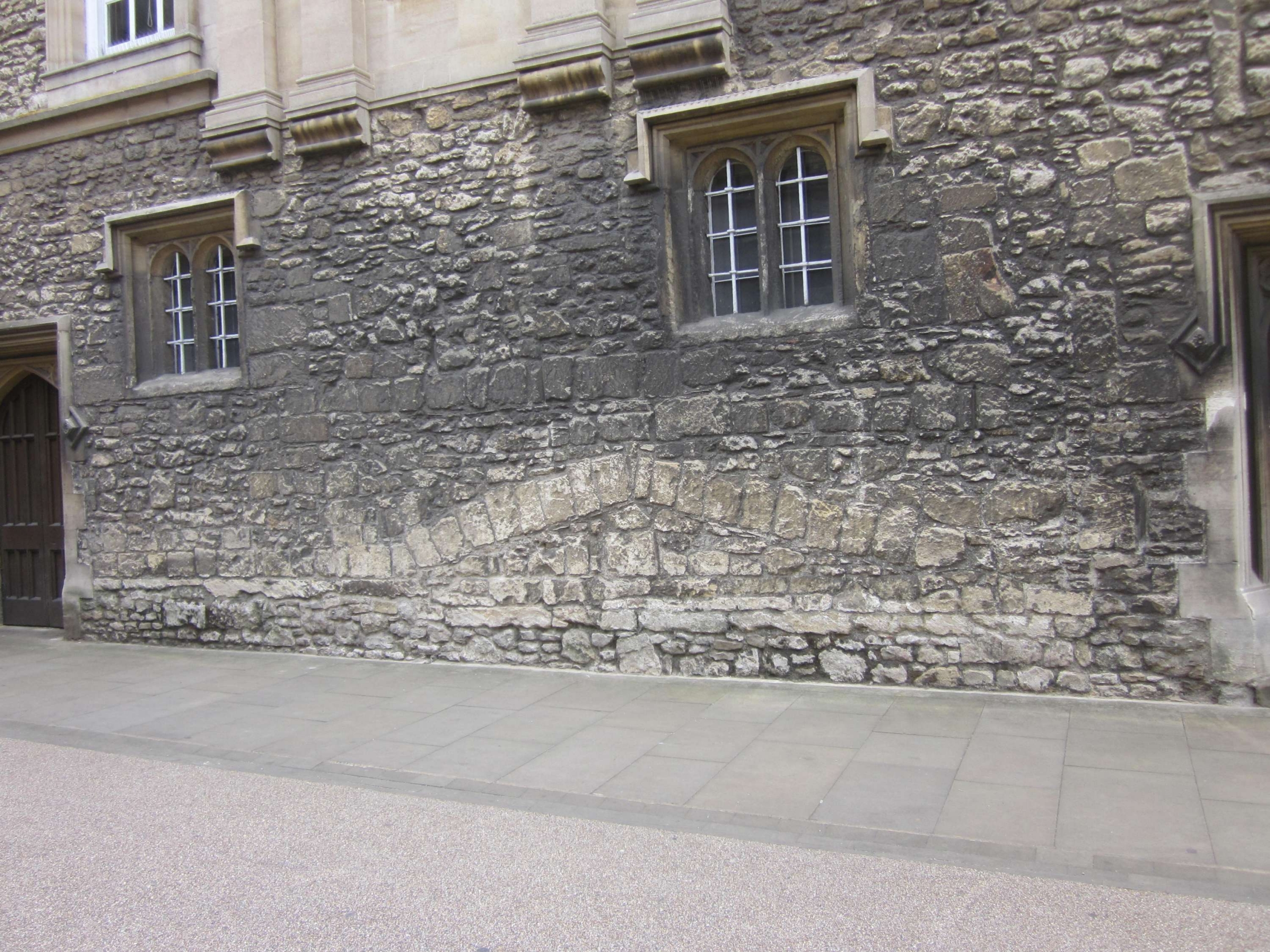 These questions are related because the culvert was constructed in a number of phases, using different materials, over a period of over 600 years, a story that is complicated by the repairs that had to be carried out over this time. The first section was formed probably around 1170 when St Nicolas and the hospital of St John the Baptist were built. Beneath the relieving arches are dressed stone arches some 2m in height and 2m wide, spanning the river (Fig.4). Between these arches the roof of the culvert comprises smaller roughly shaped stones set in a mortar matrix (Fig.5). This section survives intact beneath the church and hospital buildings. At this time the rest of the Stert flowed as an open stream. The houses on the east side of Stert Street – documented from 1387 – are built on the strip of land between the river and the boundary of the Abbey precinct. To get to these houses there were wooden bridges supported on stone abutments – a new bridge and repairs to earlier ones were mentioned in 1448.[i] Repairs to the bridges were recorded in 1567/8.[2] 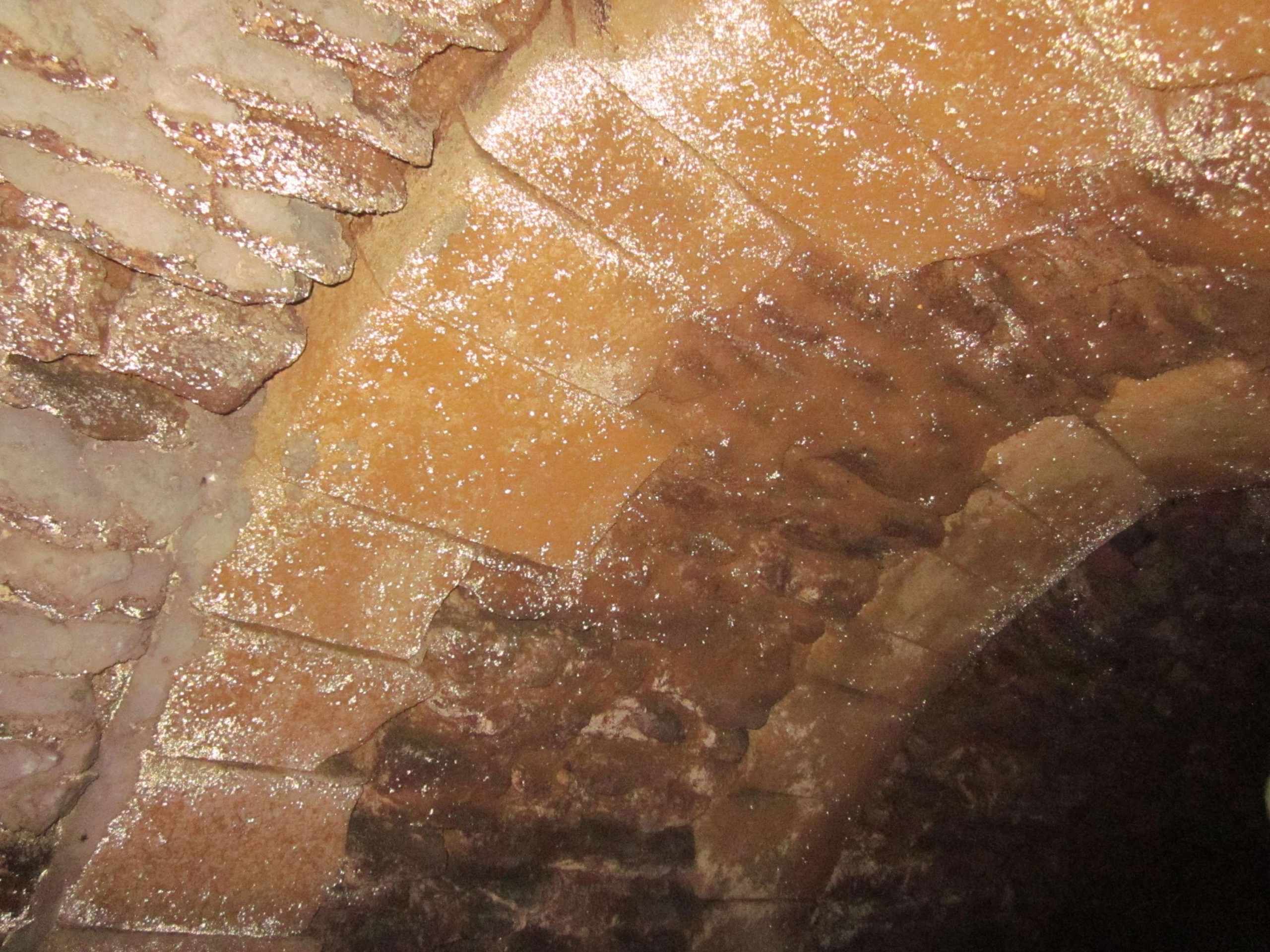 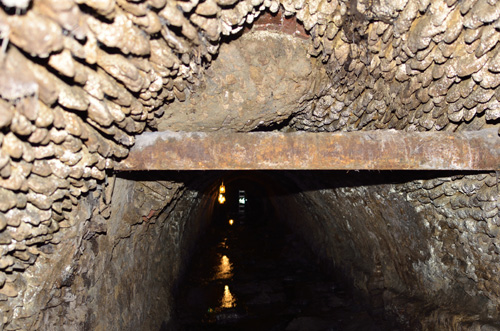 To the south of the hospital there was in 1554 a ‘jakes’ or public toilet over the Stert, and we know from the borough accounts that in the 1570s the Stert still ran as an open stream through the schoolyard there, where Roysse re-founded the school in 1563.[3] Over the period 1573 to 1584 the school lost five headmasters in quick succession.[4] Some attribute this to bubonic plague, others to the noxious nature of the stream running underneath their dilapidated accommodation in some former almshouses to the south of the courtyard. The culvert in this area is stone, and as wide as 3m in some places. 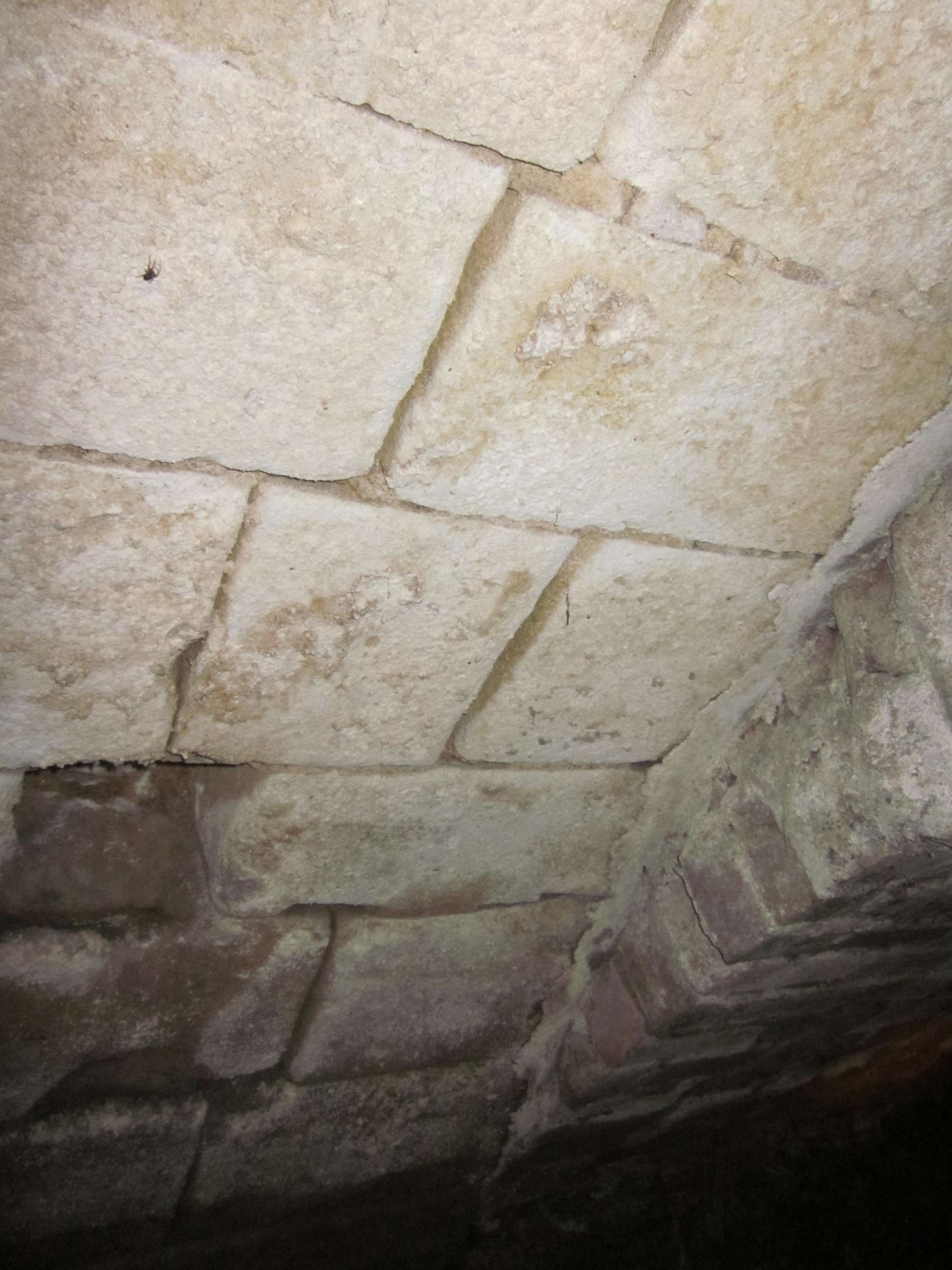 To the south of the school was The Crown & Thistle, a courtyard inn documented in 1554, the present buildings of which date from 1605 onwards. Then came Burford House, referred to in 1584 as a ‘common privy’.[5] There is no obvious sign of the privy underground, but the culvert has been much altered in this section. But some parts under The Crown & Thistle are built in good ashlar stonework – one of these (Fig.6) corresponding to the boundary of Burford House, and thus probably dating from 1584 – while most of the culvert is a brick arch resting on stone abutments. At the end of the eighteenth century Burford House became a public house, later known as the Fighting Cocks.[6] This building is now part of The Crown & Thistle. The culvert under these buildings must date from at least the early seventeenth century since there were buildings here at that time.

By the 1790s the river in what is now Stert Street had been covered and this work survives today in the form of a well-engineered brick arched roof (Fig.7).[7] The section in the schoolyard was also completed about this time. Stone- and brick-lined channels enter the culvert from the west as neighbouring landowners took the opportunity to link with the Stert to remove their waste water  (Fig.8).  The southernmost section between the Fighting Cocks and the mill stream seems to have been the last to have been built, in the mid nineteenth century.[8] 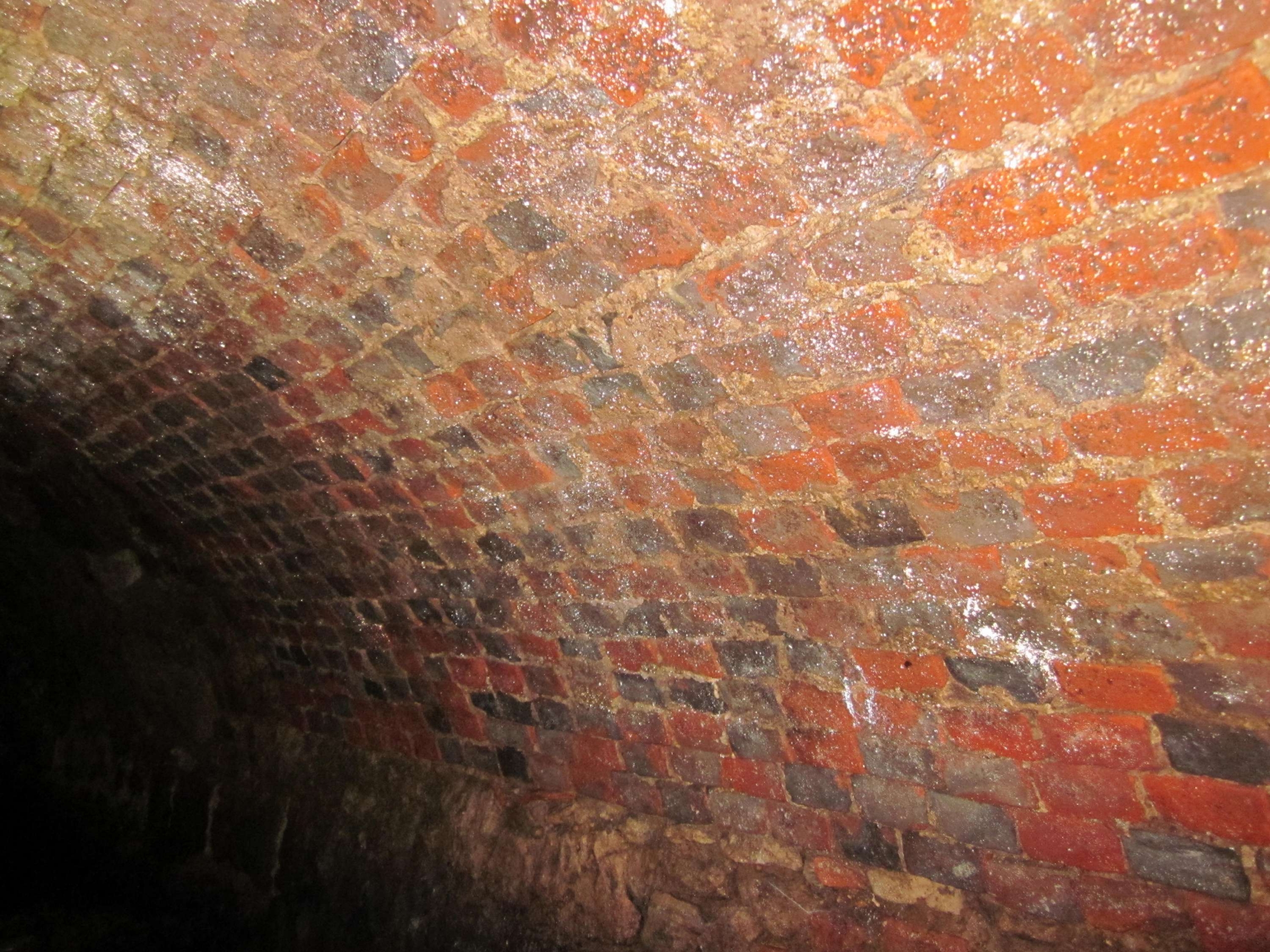 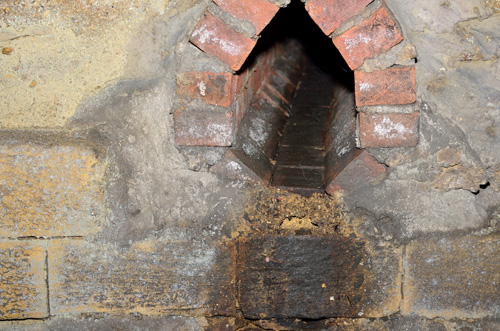 Repair work to the culvert is documented in town records, old photographs (Fig.9) and by the graffiti left by the builders. Just north of The Crown & Thistle, for example, is a stone arch, where many of the stones have carved initials and one bears the date, 1839 (Fig.10). Nearby is a section where nineteenth-century bottles have been set into the concrete roof, while further north the names of R Bradley and C Wadham, and the date 25 July 1945 were carved into one of the bricks used to cap a side drain. 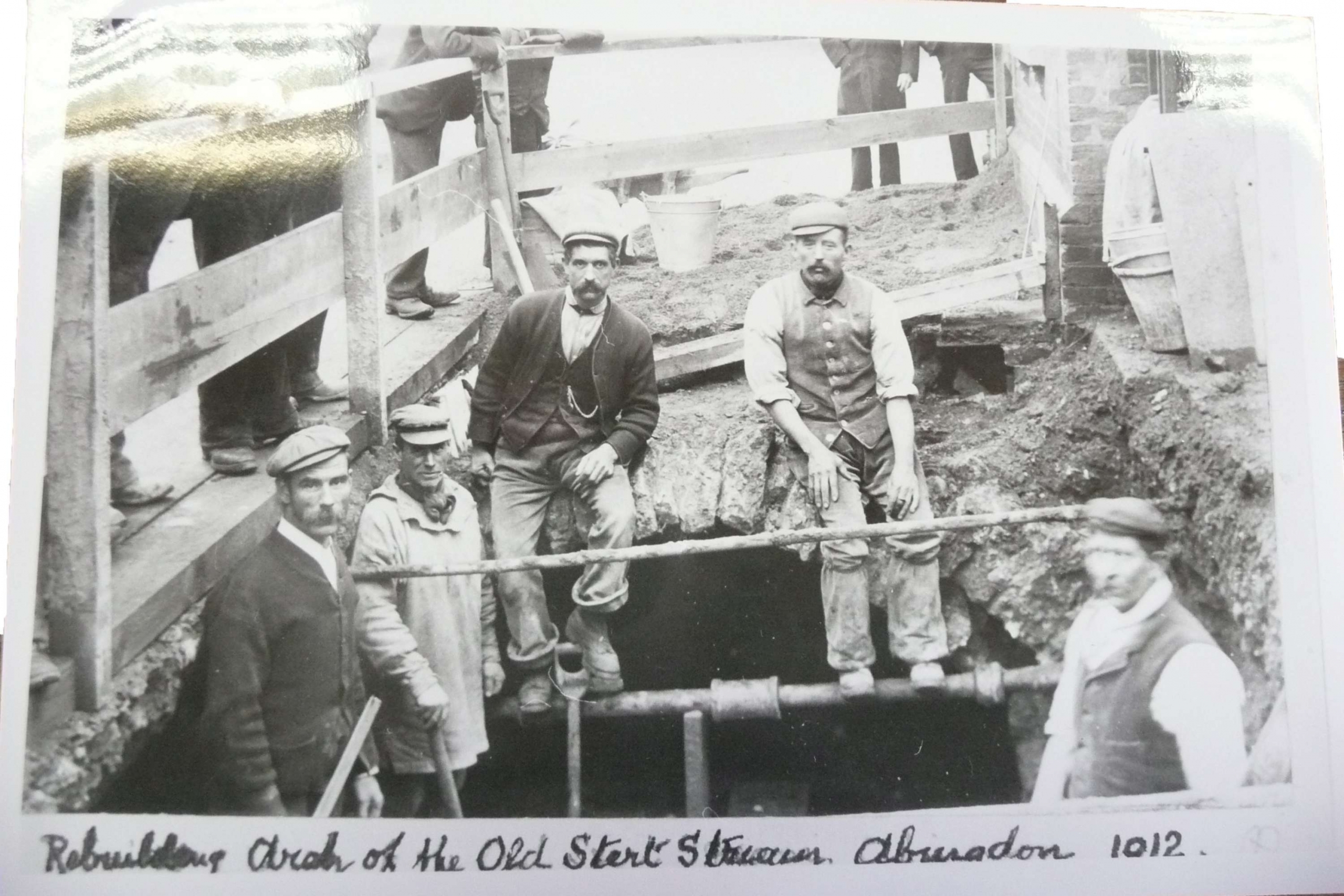 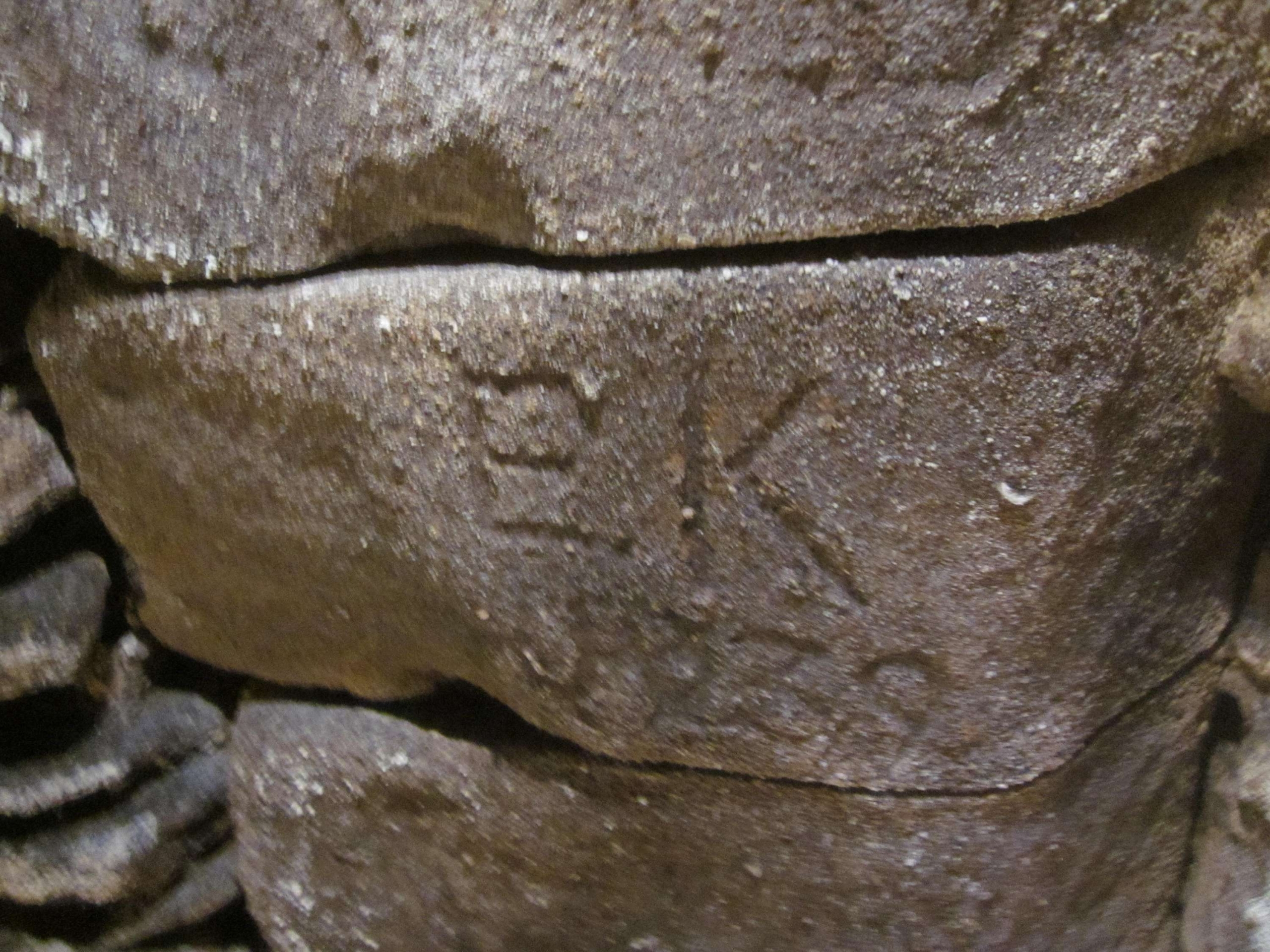 In 1898 repairs were ordered on the portion of the Stert culvert near The Knowl for a distance of 75ft. to be rebuilt with blue brick. There then seems to have followed a protracted argument between Abingdon and the Berkshire county council as to who should pay for this. Abingdon argued that the culvert was over a natural watercourse and part of the highway, so the cost should fall on the county, but the latter viewed it as a sewer repair for which it was not responsible. Eventually the town gave in and accepted the liability. It is clear from the construction of the culvert, however, that it is a man-made structure over a natural stream running over a bed of sand and stone, although it is also possible that the abbey diverted the stream in Saxon times to form the western boundary of their precinct.

The Stert culvert is now monitored by the Environment Agency, and although it is largely invisible its history and development is highly relevant to today’s concerns about flooding and safety. It has to be regularly cleared of debris to ensure water can flow down to the Thames so upstream properties are not flooded, while at the time of writing, traffic barriers have been erected in part of the northern section of Stert Street over the culvert to relieve pressure on its roof. The lower parts of the culvert, now largely under built structures, show the evidence of each of the phases of building from the twelfth century to the nineteenth, and of the repairs that were needed to keep the water flowing.

[5] this may be the same privy as that noted by Amyce.

Stert Street is named after the River Stert, a small watercourse which flows through a culvert under its east pavement, but the street probably existed well before it had its […]

The Russian Gun
Scroll to top