James Bertie, who would be the first Earl of Abingdon, was born in 1653. He was a younger son of the second Earl of Lindsey, so would not inherit the title. His mother Bridget, the earl’s second wife, was a descendant of an Earl of Berkshire, but that title had become extinct for lack of male heirs. However, the Earl of Berkshire had simultaneously held a barony which could descend through the female line. Thus, when Bridget died in 1657 the young James became the fifth Baron Norreys of Rycote. He was owner of extensive properties in Oxfordshire and Berkshire; the main ones were at Wytham and Rycote. In adulthood, he would make Rycote his principal residence.

A half-sister of James was married to an important politician under Charles II, the Earl of Danby. It was a time of vicious, sometimes literally deadly, political conflict. In 1674, Danby made James, although scarcely of age, Lord Lieutenant of Oxfordshire with the remit of bringing the strongly Whig city of Oxford under Tory control. This he achieved over time by merciless harassment of the leading Whig councillors, bringing trumped-up lawsuits against them, ruining their businesses, and forcing a surrender of their charter. He promised that a new charter would increase the city’s liberties against the customary outrageous and humiliating demands of the university. To his chagrin, the university refused to give way. However, he did manage to position himself as the city’s defender, and finished in 1687 by being made its High Steward.

He held no official position in Abingdon, since it had the Earl of Clarendon as its High Steward, and his own authority was nominally restricted to Oxfordshire. Nonetheless, he intervened actively in its internal politics, using a Tory corporation member, George Winchurst, as his agent. This resulted in 1684 in the surrender of the town’s 1663 charter and the issue of a new one that brought in outsiders as magistrates and gave the central government additional powers to control membership of the Corporation. Clarendon seems to have acquiesced. The new charter would, however, be abrogated in 1688.

In 1681, Charles II, in pursuit of his political agenda, called a parliament to sit in Oxford, far from the Whig pressures of London. Bertie organised the event, and later in the year managed the legal proceedings against the Whig activist, Stephen Colledge. This was a high profile case, intended to frighten and demoralise the Whigs. Bertie hand-picked the jury, put his brother Henry on it as foreman, and used the notorious Edmund Warcup to recruit and rehearse a team of ‘witnesses’ to a totally imaginary crime of treason. Colledge was duly condemned and executed. Bertie at that point achieved his earldom, and there were civic celebrations in Abingdon when it emerged that he had chosen that town for his title.

James II invited the Earl to become Catholic, and dismissed him from all his functions when he refused. When the future William III invaded in 1688, the Earl of Abingdon was the first important British nobleman to desert to his camp. Nonetheless, he seems to have been slow to realise that William intended to seize the crown, and in the crucial division in the House of Lords voted that the throne was not vacant. This lost him credit with the new regime, but he made his submission and his career continued.

Bertie married Eleanora Lee in about 1672. They had five children. When his wife died in 1691, he commissioned John Dryden, the poet laureate, to compose an elegiac poem in her memory. It was a purely business arrangement; the poet had never met the lady. The product was notable as being probably the worst poem Dryden ever wrote, in almost 400 lines of mechanical rhyming couplets. The Earl remarried, but died in 1699 without further offspring.

The first Earl of Abingdon was never High Steward of the town. His son Montague succeeded him as second earl and as High Steward of Oxford and Wallingford, but had to wait for Clarendon’s death in 1709 to take up the office in Abingdon. He would later add Banbury to his patronage list, and had an active political career which included switching from the Tory to the Whig benches. From 1709, the high stewardship of Abingdon would be inherited with the earldom, as it still is today.

Willoughby Bertie became fourth Earl of Abingdon on the death of his father, also Willoughby, in 1760 and was made High Steward of Abingdon and of Wallingford in the same […] 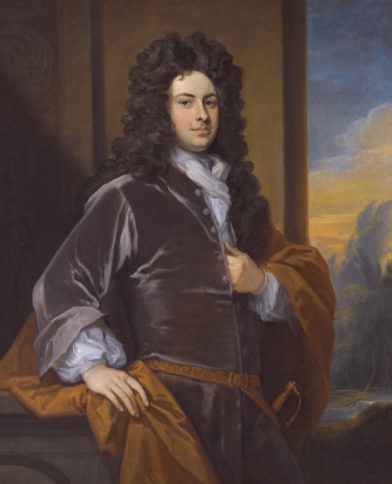 Footer
The Beesley and Barrett families