Born in Faringdon in 1868, Thomas Skurray was educated at King Alfred’s School in Wantage and Reading School, going on to read chemistry at University College, London. However, family circumstances forced him to leave without finishing the course. He nonetheless developed an interest in bacteriological research and in the chemistry of food and drink, and was elected a fellow of the Chemical Society in 1892.

At the age of twenty Skurray joined T H Field & Sons, brewers of Shillingford, Berkshire. In 1889 Fields were taken over by Morlands and he made good use of the opportunities this provided. It took him just ten years to attain membership of the Morlands board. He became joint managing director in December 1906 and chairman in December 1923, a position he held until his death

Skurray’s expertise kept Morlands in a position of technical leadership in the brewing industry. He developed an advanced process for the production of a malt extract which gave a particular character to the brewery’s bottled beers and mild ale. Other innovations during his career included a new maltings, a soft drinks factory, and a replacement brewhouse.

He served during World War One on numerous administrative bodies. Among his other activities, he developed a process to convert sugar waste into a honey substitute for export to the troops.

His brewing interests were not confined to Abingdon; he was chairman of the Brewers’ Society 1928 to 1931 and held many directorships in other brewing companies, most notably Wilsons of Manchester; Ind Coope and Allsopp, Burton on Trent and Peter Walker, Warrington.

An obituary by a colleague refers to his joining Trust Houses Ltd. in 1921 to help that idealistic venture recover from serious commercial difficulties, ‘What brought him and kept him, giving time and energy, was his love of the country inn, his belief in its importance in the social life of our time’. His interest in public houses and hotels led to his appointment to the Royal Commission on Licensing from 1929 to 1931, where he campaigned for improved catering and accommodation in public houses.

Apart from his business interests, he was devoted to the County of Berkshire which was, as the Times reported in his obituary, ‘both home and heaven to him’ and was influential in having White Horse Hill scheduled as an ancient monument. He served on the County Council for 28 years; he was chairman of finance from 1921 to early 1938 and council chairman from 1931 until his death. From 1932 to 1938 he was a member of Council of the University of Reading. There were few aspects of local life in which he did not take an interest; he was a member of Oxford Preservation Trust, a Conservator of the River Thames, chairman of the Warren Hospital and a supporter of Abingdon Council Junior School.

At the age of 15 he was playing football for Reading Football Club; later he played for Abingdon Town. He was an all-round sportsman, an accomplished cricketer, tennis player, figure skater, golfer and a fine shot.

He married in 1896 Mabel Harris, daughter of John Harris of The Park, Abingdon, a former mayor of the town. They lived at Walton House in Ock Street until 1906 when they moved into the house known as Summerfield in the Wootton Road, now sadly demolished, that the architect Harry Redfern had designed for them. 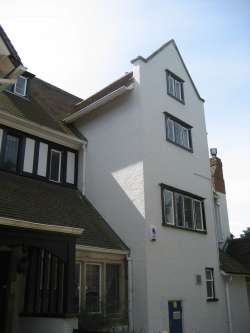 There were three children of the marriage: Clare, Deane, and Judy. Clare, whose married name was Spurgin, had a world-wide career as an expert in managing juvenile delinquents, and her work was recognised by the award of an OBE in England and equivalent honours in other countries. Deane Skurray, an architect, became a Morlands director in 1934, designing several pubs for the company and managing its estate. Judy married an army officer and was a housewife and mother.

This is an abridged version of the article by Bill Mellor first published in Aspects of Abingdon’s Past (St Nicolas Church, Abingdon, September 2004)   In the Middle Ages, ale […]

Summerfield (demolished 2012, was on the Wootton Road)

Summerfield was a large house on the west side of Wootton Road, built in 1902 and designed by Abingdon-born Arts-and-Crafts architect Harry Redfern. The client was Thomas Skurray, a dynamic […]

Arthur Charles Hyde Parker was a prominent and well-respected Abingdon resident. He worked for the Morland Brewery as a chemical analyst, but little is known about his time there.  He […] 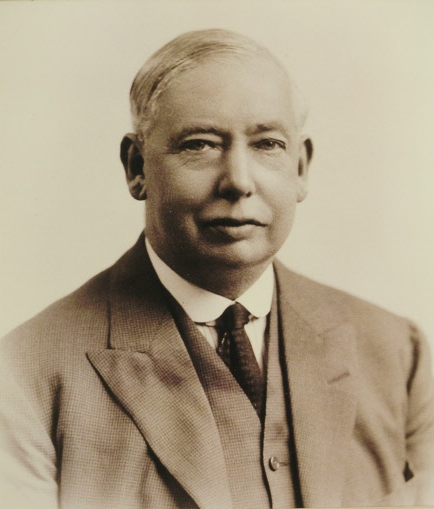 Thomas Skurray as a young man Courtesy of Stephen Skurray